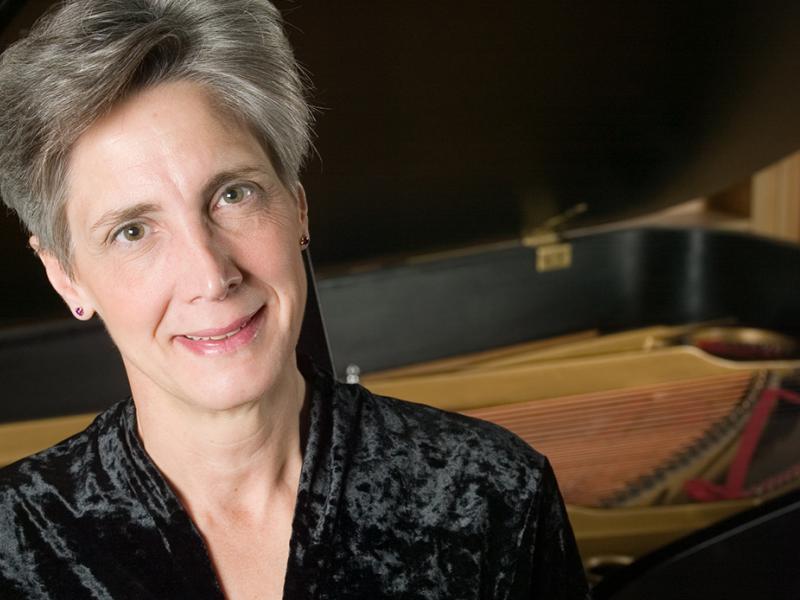 A new book by celebrated pianist Mary Simoni, dean of the School of Humanities, Arts, and Social Sciences at Rensselaer Polytechnic Institute, serves as a guide for musicians and computer scientists interested in learning to use algorithms to create music.

The community of people skilled in algorithmic composition is small, and few resources are available to help those interested in acquiring the necessary skills. Algorithmic Composition—A Guide to Composing Music with Nyquist, which Simoni wrote with Roger B. Dannenberg, a professor of computer science, art, and music composition at Carnegie Mellon, aims to fill that gap.

In the book’s introduction, the authors write that expanding the community of people skilled in and experimenting with algorithmic composition is their goal: “[We] hope more people will be enticed to explore the potential of composition by computer.”

Simoni and Dannenberg developed the book after teaching the complex subject matter of algorithmic composition to diverse student groups including musicians, engineers, and computer scientists. Those students all struggled with the course from different perspectives—the music students understood the principles of composing music, but not the principles of writing computer code; for the computer scientists, their experience was the opposite.

“What I’m trying to do is make the theory and practice accessible to a wider audience,” Simoni said. “I want this book to take the mystery out of algorithmic composition.”

For Simoni, algorithmic composition is a way to think beyond habits of mind and the physicality of the human body.

“For many composers, the creative process is recursive, toggling among conception, improvisation, and criticism until a work is fixed,” she said. “When I play the piano, I’m constrained by my hands and the patterns I’ve learned over a long time. Often when I try to compose new music, I instead end up with music that sounds a lot like what I already know.”

Using algorithmic composition, and specifically the computer programming language Lisp with Nyquist, can take a composer completely out of their comfort zone. Simoni said she considers her computer a composing partner that helps her generate ideas she may not have thought of on her own.

Though computer-generated musical composition may seem like a modern concept, the principles that guide the use of algorithms have deep roots in musical history. “Algorithms were used in the Renaissance to compose motets and later by Mozart to create musical games. The thinking is not new; it’s been around for centuries,” Simoni said.

In the book, Simoni explains the dual layers of art required to master algorithmic composition: “In the process of creating art—the musical composition—there is art in the creation of the algorithm,” she said.

The book uses concrete examples of compositions written in Lisp and Nyquist and offers readers suggested listening to reinforce lessons. Simoni said her and Dannenberg’s goal was to create a book that was accessible to people with little or no training in algorithmic composition. They each got feedback on the book from their students and fellow professors.

Prior to joining Rensselaer in 2011 as dean of the School of Humanities, Arts and Social Sciences, Simoni served as associate dean of the University of Michigan School of Music, Theatre, and Dance. She is the author of two other books, A Gentle Introduction to Algorithmic Composition and Analytical Methods of Electroacoustic Music. She has consulted for the Canadian Innovation Foundation, the National Science Foundation, and the National Peace Foundation. Simoni is a Medal Laureate of the Computer World Honors Award and a professor emerita of performing arts technology at the University of Michigan.

Algorithmic Composition—A Guide to Composing Music with Nyquist is published by The University of Michigan Press.