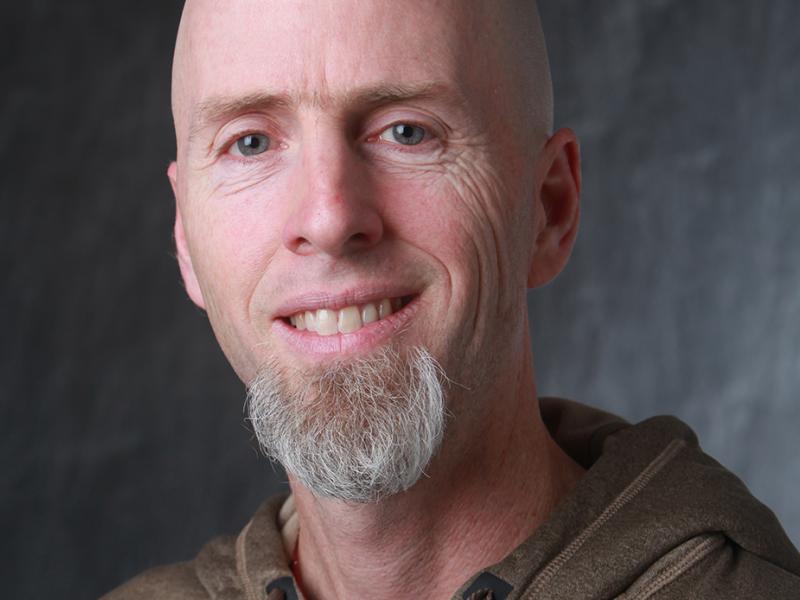 The Rensselaer Polytechnic Institute School of Humanities, Arts, and Social Sciences has added a renowned artist, researcher, and innovator to its ranks: Robert Nideffer was appointed head of the Arts Department this summer.

“Professor Nideffer has embraced innovation throughout his career and his was a prescient voice on game studies at research universities. He will play an important role in helping to lead the School of Humanities, Arts, and Social Sciences and the Arts Department toward continued success and prominence in the 21st century,” HASS Dean Mary Simoni said.

Nideffer, who has spent much of his career at the forefront of the study of games culture and technology, says art—particularly experimental art that lives at the boundaries of science and technology—has an important role to play at a technological research institution like Rensselaer.

“People who have been trained to think creatively and conceptually in the humanities, arts, and social sciences can often function like ‘cultural antennae,’ asking important questions about the social implications of scientific possibilities,” he said. “Magic can happen when art/science collaborations are collaborations in the deepest sense of the term, and lead to research and development projects that move both the art and science forward, together... and that is quite rare.” Nideffer believes Rensselaer, in its Rensselaer Plan 2024 strategic plan, is already playing a leadership role in laying the foundation for taking such partnerships to the next level.

Nideffer’s work looks at technology’s influence on society and is well-suited to Rensselaer. “RPI provides space for innovation that industry often can’t due to intense market pressures and truncated development cycles. The great thing about the university is that experimentation is at the core; it’s really the key,” he said. “Working in this kind of place affords the freedom to think outside the box, to play, and to fail.”

At University of California, Irvine, where Nideffer’s career began in 1998, his reputation was for innovating and developing strategic partnerships.

He proposed a game studies program at UC Irvine in 1999, a program that would have been the first of its kind at a tier one research university. He also founded the Game Culture and Technology Lab, which served as a hub for students and faculty to work on projects related to all aspects of game studies. That lab not only raised well over $5 million in funded research, it also led to a partnership with researchers in Daegu, Korea, who were working to transform the city from a textile manufacturing city into the center of the country’s games industry.

While at UC Irvine, Nideffer also helped establish a graduate program in arts, computation, and engineering, and served as its co-director and then director from 2005 to 2009.

He has brought his innovative approach to Rensselaer’s arts department. “The question for me is, what do cutting-edge programs look like in the RPI context?” With existing facilities like the Curtis R. Priem Experimental Media and Performing Arts Center and programs like Games and Simulation Arts and Sciences, “the potential here is really tremendous,” Nideffer said.

Nideffer earned his master’s degree in computer arts and his Ph.D. in sociology from the University of California, Santa Barbara. He was a professor of art at University of California, Irvine, and held a courtesy appointment in the Department of Informatics from 1998 to 2013. His work has been exhibited at venues including the Museum of Modern Art and the Whitney Biennial in New York, the Museo Nacional Centro de Arte in Spain, and the Laguna Art Museum in Laguna Beach, Calif.