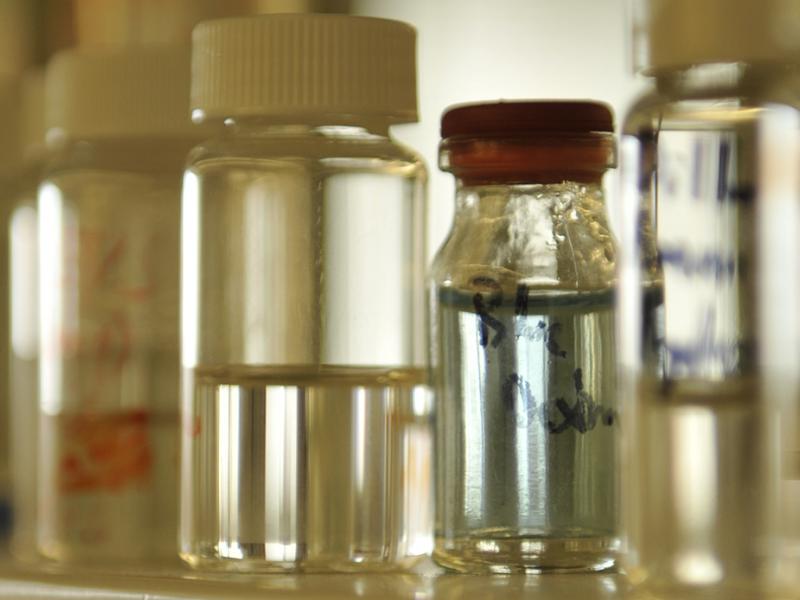 A pair of regional companies spun off from Rensselaer Polytechnic Institute are among those highlighted in a new national report by The Science Coalition. Titled “Sparking Economic Growth 2.0: Companies Created from Federally Funded Research, Fueling American Innovation and Economic Growth,” the report identifies 100 companies that trace their roots to federally funded university research. These companies—while only a tiny fraction of the new companies formed each year—are contributing to the U.S. economy in a significant way.

The Rensselaer spin-off companies included in the report are:

“Federal funding of scientific research at universities, such as Rensselaer, helps to fuel the new ideas and technologies on which our economy, our health, and our national security depend,” said Jonathan Dordick, vice president for research at Rensselaer. “The report released today by The Science Coalition highlights just two examples of technologies developed at Rensselaer that have grown from faculty research ideas into new companies. The federal investment in scientific research is key to keeping this innovation cycle moving and is required to maintain American leadership and competitiveness.”

The basic scientific research that gives rise to companies like Crystal IS and Zomega, and spurs the economy in many other ways, is jeopardized by the current funding environment. Federal funding for research and development has been on a downward trend for the past decade, with funding levels in 2013 at historic lows. Sequestration, which began in March 2013, is set to run through 2021 and will wring an additional $95 billion from federal research budgets over this period. This national disinvestment in science will have real consequences. As the Sparking Economic Growth 2.0 companies illustrate, research and the transformative discoveries that flow from it often require sustained funding over many years to yield results.

Crystal IS is an example of this return on investment. Rensselaer professors Glen Slack and Leo Schowalter founded the company in 1997, with the goal of aggressively developing defect-free, native aluminum nitride (AlN) substrates to enable reliable nitride semiconductor devices. An initial grant of $7 million from the Department of Defense (via the Office of Naval Research and the Ballistic Missile Defense Organization) funded the initial work that led to the company’s formation. Rensselaer had unique facilities that made this research possible and Crystal IS has continued to take advantage of the unique facilities and expertise on the university’s campus. Crystal IS was acquired in 2011 by Asahi Kasei Corporation, and the company continues to employ 35 people in Cohoes.

Rensselaer has a rich history of fostering and spinning off successful companies. In 1980, Rensselaer launched the nation’s first business incubator program wholly sponsored and operated by a university. In 2011, the incubator was transformed into the Emerging Ventures Ecosystem (EVE). EVE works with faculty and students to exploit important intellectual property generated from their discoveries and innovations, to link them with investors, including alumni/ae, and to broker incubation space for startup companies throughout the New York Capital Region.

“Rensselaer Polytechnic Institute has a history of successfully spinning off faculty- and student-founded technology companies,” said Ronald Kudla, executive director of the Office of Intellectual Property, Technology Transfer and New Ventures at Rensselaer. “Since 1980, the Institute has spun off more than 250 high-technology companies via its research, incubation, and licensing program. Crystal IS and Zomega Terahertz are two such spinoffs that are continuing this tradition and we expect they will be significant contributors to the economic growth of the Capital Region economy.”

As the Sparking Economic Growth 2.0 report points out, university research and the companies born from such research are a driving force behind much of the innovation in the United States.  They are bringing forward innovations with the potential to transform industries and solve some of the world’s greatest problems. Since industry conducts relatively little basic research today (about 20 percent), the “seed corn” produced at research universities is essential to U.S. industry and its ability to compete.

Research universities play an important role in the creation and future success of spin-off companies, providing a nurturing environment and critical assistance to researcher-entrepreneurs aiming to bring research discoveries to the marketplace.

The Science Coalition is a nonprofit, nonpartisan organization of more than 50 of the nation’s leading public and private research universities, including Rensselaer. It is dedicated to sustaining the federal government’s investment in basic scientific research as a means to stimulate the economy, spur innovation and drive America’s global competitiveness.

The new Science Coalition report is available at http://www.sciencecoalition.org/successstories. An accompanying database provides access to company profiles and allows users to sort companies by federal funding agency, university affiliation, type of innovation and other criteria.