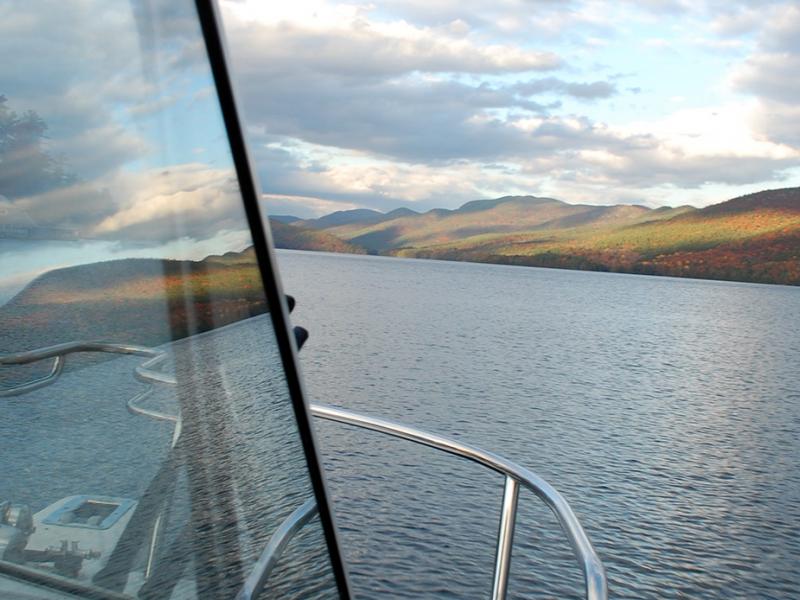 Photo courtesy of the DFWI at Rensselaer

The Jefferson Project at Lake George is building one of the world’s most sophisticated environmental monitoring and prediction systems, which will provide scientists and the community with a real-time picture of the health of the lake. Starting next week, scientists will use a combination of sophisticated aerial and boat-based surveying techniques to create a high-resolution contour map and images of the lakebed and surrounding mountains.

Residents and visitors at Lake George will see a combination of survey boats and aircraft collecting scientific data. The study will not impact the lake or disturb its ecosystem.

The survey is critical to the development of an accurate computer model of water circulation within the Lake George watershed, which is part of a suite of new technologies and techniques being developed in the three-year, multimillion-dollar collaboration between Rensselaer Polytechnic Institute, IBM, and The FUND for Lake George.

The circulation model built from this survey information will expand our understanding of how water, nutrients, invasive species, and pollutants move through the watershed and within Lake George. The circulation model is part of a series of advanced data analytics, computing and data visualization techniques, new scientific and experimental methods, 3-D computer modeling and simulation, and historical data expected to provide an unprecedented scientific understanding of Lake George.

The Jefferson Project has contracted Substructure Inc., a New Hampshire-based company with significant expertise in precision geophysical and hydrographic surveying. Substructure will use highly specialized vessels to conduct the lakebed survey. The boats, which are equipped with multibeam SONAR, will cruise a repetitive pattern in deeper areas of the lake, beginning in the southern basin and continuing for the next several months as they map the lake. The boats cannot survey in the shallowest areas due to risk in damaging precision measurement equipment suspended from their hulls.

Shallower areas will be surveyed by Aerial Cartographics of America, with aircraft equipped with custom-designed bathymetric LiDAR (light detection and ranging) equipment. The initial aerial survey will take approximately three days, with each flying day chosen dependent on weather conditions. The planes will fly slowly at an altitude of approximately 500 meters above the lake in a repetitive pattern for the mapping. A second round of aerial surveys of the surrounding watershed will commence later in the project.

The Jefferson Project at Lake George, launched in June 2013, aims to understand and manage multiple complex factors—including road salt incursion, storm water runoff, and invasive species—all threatening one of the world’s most pristine natural ecosystems and an economic cornerstone of the New York tourism industry. The collaboration partners expect that the world-class scientific and technology facility at the Rensselaer Darrin Fresh Water Institute at Lake George will create a new model for predictive preservation and remediation of critical natural systems in Lake George, in New York, and ultimately around the world.