Premiere Concert of Rensselaer Orchestra To Feature Works by Beethoven, Tchaikovsky, and Oliveros 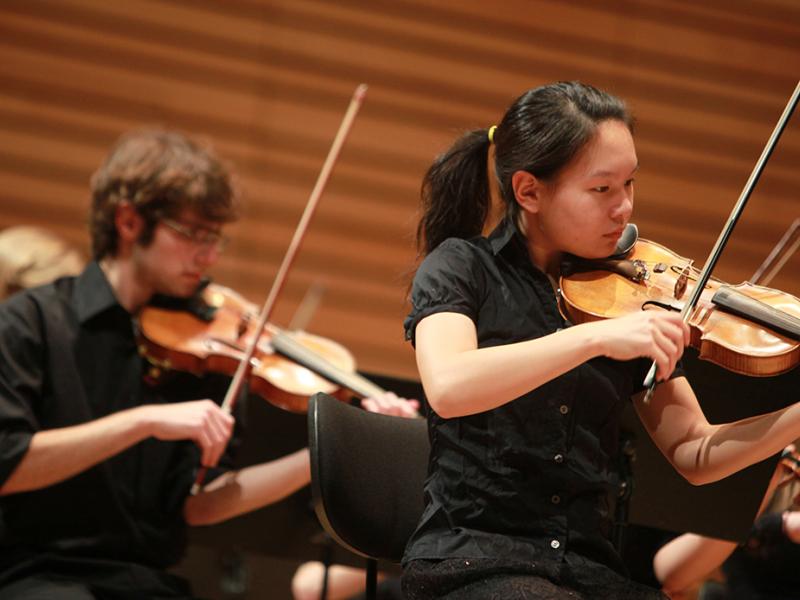 Premiere Concert of Rensselaer Orchestra To Feature Works by Beethoven, Tchaikovsky, and Oliveros

The newly formed Rensselaer Orchestra will present its premiere concert at 4 p.m. Saturday, Nov. 23, in the Curtis R. Priem Experimental Media and Performing Arts Center (EMPAC) on the campus of Rensselaer Polytechnic Institute.

The concert — the orchestra’s first under the direction of newly hired conductor Nicholas DeMaison — will feature both contemporary and classical pieces designed to showcase the orchestra’s talents as well as EMPAC’s world-class acoustics. The concert is free and open to the public.

The 52-member orchestra, comprised of Rensselaer students, will perform Beethoven’s Coriolan Overture and Tchaikovsky’s Symphony No. 2 (The Little Russian). They will also perform Meditation No. 3 – Interdependence – for Orchestra by Rensselaer Arts Professor of Practice Pauline Oliveros and Swell Piece No. 1 by James Tenney.

Both the Oliveros and Tenney pieces will feature immersive live electronic audio designed by Rensselaer graduate students Brian Cook and Kelly Michael Fox to take advantage of EMPAC’s unique acoustics. The Tenney piece, a part of the composer’s collection of postcard pieces, can be thought of as an acoustic fractal, DeMaison said. Individual performers’ play notes in a pattern that is replicated throughout the orchestra; the sound of the entire orchestra follows the same pattern, but at a larger scale. As the music is filtered through speakers set strategically around the concert hall, the audience is immersed in the sound and given the sense that the music is coming from all around them, rather than just from the stage.

DeMaison said the while the experience will be experimental, it will still be accessible to the audience. “We’re so lucky to be able to perform in a venue the caliber of EMPAC and with such unique acoustics. This concert is an excellent opportunity to hear what our orchestra can do and get acquainted with EMPAC,” he said.