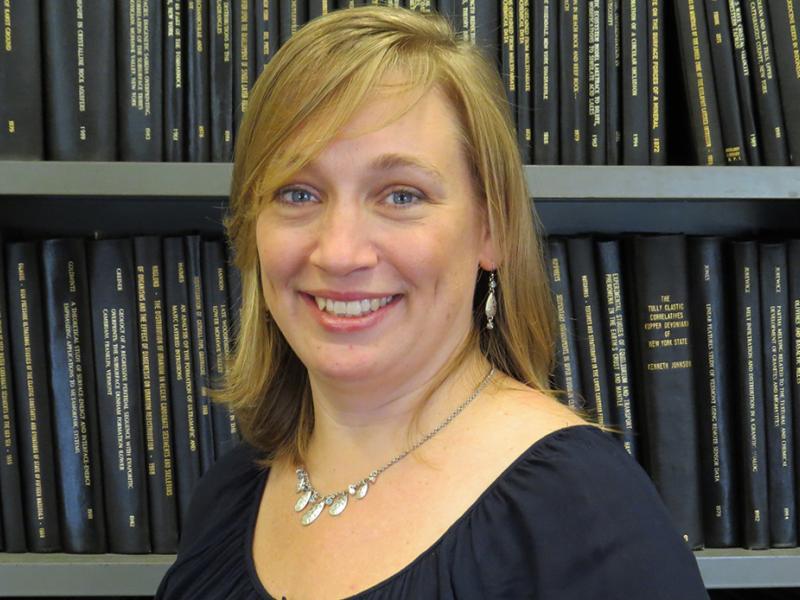 Research Investigates the Limitation of Life on Earth and Elsewhere

Karyn Rogers, a geochemist and geomicrobiologist whose research takes her to the most extreme environments capable of sustaining life on Earth, has been appointed as an assistant professor in the Department of Earth and Environmental Sciences within the School of Science at Rensselaer Polytechnic Institute. Rogers joins Rensselaer from the Carnegie Institution for Science in Washington.

Rogers researches the relationship between the geochemistry of an environment, particularly extreme environments like volcanic fumaroles and deep sea hydrothermal vents, and the microorganisms found in those environments. Her work – which supports the School of Science interdisciplinary theme in origins and fundamentals of life and matter – seeks to determine the environmental conditions that limit life on Earth, which may aid the search for life elsewhere in the universe.

“Where do we cross the line from habitable to uninhabited? And what makes an uninhabited environment unable to support life? Those are the sorts of questions I try to understand,” said Rogers.

“Karyn’s research is establishing the environmental boundaries of life leading to a greater understanding of how life may have arisen on Earth, and where it may exist elsewhere in the universe,” said Laurie Leshin, dean of the School of Science. “Her work is fascinating, cutting edge, and interdisciplinary, and we are very pleased to welcome her to Rensselaer.”

In drawing the line between habitable and uninhabitable, Rogers focuses on bioenergetics — the energy available to an organism, through metabolic chemical reactions, from the chemicals within a given environment.

“It seems relatively straightforward: If there is a lot of energy available in an environment, there should be a lot of the microbes present that use that energy source,” said Rogers. “But life is more complicated than that, and there are other factors. Some of the factors are between organisms, like competition and syntrophy, and others concern single species, like metabolic plasticity – the ability of some organisms to use several different metabolisms. So it’s not always easy to tease apart which organisms are doing which metabolism.”

For example, said Rogers, sulfate reducers and methanogens – two different types of microbes frequently found in the same environment – both require hydrogen, putting them in competition with one another for hydrogen present in that environment. But the competition ends with hydrogen, as the sulfate reducers couple hydrogen with sulfate for their metabolism, while methanogens combine hydrogen and carbon dioxide for an energy source.

“If you look at what we know so far about the origin of life on Earth, there’s a lot of evidence in biology and geochemistry that Earth’s first life probably emerged in a high-temperature environment,” said Rogers. “And so we use these high-temperature environments as analogs for the origin of life on Earth, and the potential for life on another planet.”

Rogers combines fieldwork and lab experiments to untangle the relationships between the environment, the organisms, and their metabolism.

“In the field, we’re trying to measure the chemistry, the microbial diversity, and the activity – who’s there, who’s active, and what are they doing – and see if those parameters correlate as we go from one site to another,” said Rogers. “A big part of my research is fieldwork, which is always exciting. I’ve worked in deep sea hydrothermal systems, shallow marine hydrothermal systems, and terrestrial volcanic fumarole systems. Who wouldn’t want to go to work at the bottom of the ocean or on top of a volcano?”

In the lab, Rogers is better able to observe various factors in isolation.

“It’s obviously a much more controlled environment to investigate these same questions. You can take one species and know exactly what’s in the culture medium and know how many of the microbes are there and how much energy we’re providing them,” Rogers said.