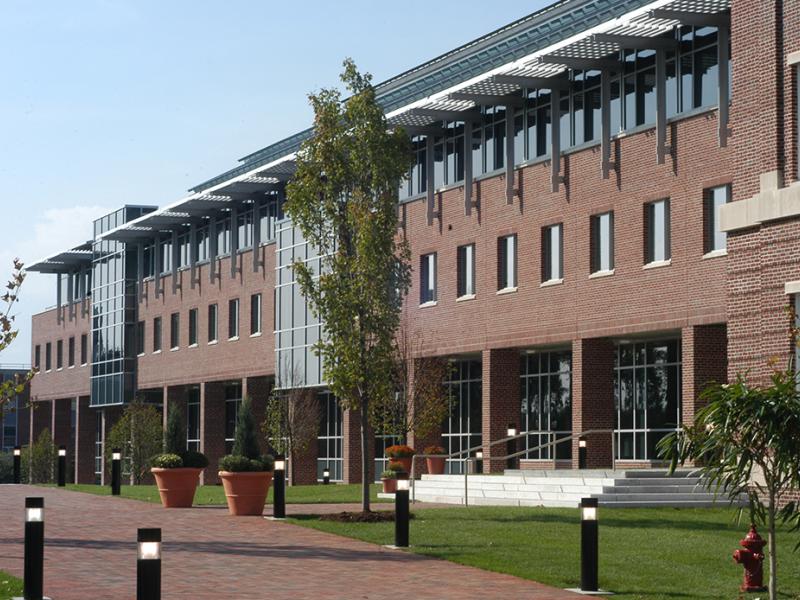 A team including researchers from Rensselaer Polytechnic Institute have discovered that a specific gene may play a major role in the development of a life-threatening birth defect called congenital diaphragmatic hernia, or CDH, which affects approximately one out of every 3,000 live births.

The hallmark of CDH is a rupture of the diaphragm that allows organs found in the lower abdomen, such as the liver, spleen, and intestines, to push their way into the chest cavity. The invading organs crowd the limited space and can lead to abnormal lung and heart development or poor heart and lung function, which, depending on the severity of the condition, can cause disability or death.

In a paper published recently in the Journal of Clinical Investigation, lead authors at the University of Georgia, along with colleagues from the Rensselaer and the University of California at San Diego, demonstrated for the first time that the gene NDST1 plays a significant role in the proper development of the diaphragm, and that abnormal expression of the gene could lead to CDH.

“We now have a really good picture of this abnormality in mice, and we suspect it is very similar in humans,” said Fuming Zhang, a research professor in the laboratory of Robert J. Linhardt, the Ann and John H. Broadbent Jr ’59 Senior Constellation Professor of Biocatalysis and Metabolic Engineering, and a member of the Center for Biotechnology and Interdisciplinary Studies at Rensselaer. “What this gives us is a total view, from the genetic level, to the molecular level, to the cellular or tissue level, to something that a physician would see — a hernia in a newborn.”

The discovery began with the observation that mice bred without the NDST1 gene, which produces the eponymous NDST1 enzyme, are more likely to develop CDH than ordinary mice. The enzyme NDST1 is one of four isoforms — a group of molecules that are chemically similar, but show subtle functional differences. In mice lacking the NDST1 gene, and therefore the NDST1 enzyme, nature substitutes with an NDST1 isoform (NDST2, NDST3, and NDST4), but the results — like substitutions in cooking — are noticeable.

In the absence of NDST1, blood vessels supplying the developing diaphragm muscles formed inconsistently, leading to weak points in the muscle tissues that make them prone to hernia. Researchers knew that the NDST1 enzyme is involved in the synthesis of heparan sulfate, so the group turned to the Linhardt’s research team at Rensselaer — experts in heparan sulfate and glycosaminoglycan analysis – to pinpoint the biochemical basis for the abnormality.

“There are two molecules in the interaction that leads to proper blood vessel formation in the diaphragm — NDST1 biosynthesized heparan sulfate and the protein SLIT3,” said Zhang. “In order for those interactions to be successful, and for blood vessels to form properly, everything must be accomplished within a specific time frame and having a specific structure. We were able to investigate the interactions between the two.”

Zhang used surface plasmon resonance spectroscopy to measure aspects of the interaction such as the rate at which the two molecules bound together, the strength of their interaction, and the molecular structure of heparan sulfate required for a successful interaction. The results of his measurements explain the inconsistent blood vessel growth and weak muscle tissue observed in the mice.

“The binding strength, the binding rate, and the length of the heparan sulfate required for binding to the SLIT3 protein are inadequate for the job in this defect,” said Zhang. “We were able to understand why, at a molecular level, this failure in development takes place.”

Linhardt said the findings allow researchers to think about “routes for intervention at all levels.” Gene therapy might supply the correct gene, drugs might deliver a substitute molecule, tissue engineering might enable the tissue to repair itself, or a surgeon might repair the damage after a hernia has occurred.