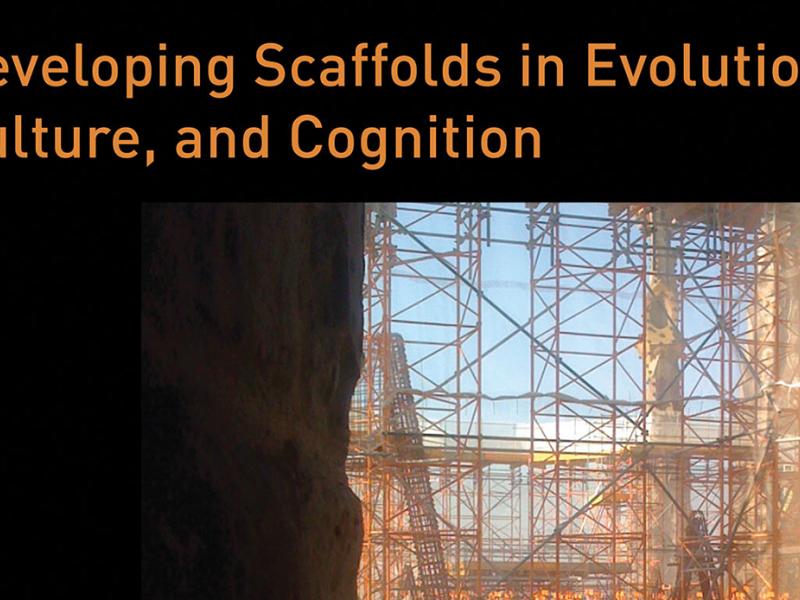 Ideas developed during a conversation shared among old friends over beers in Vienna in 2003 grew into a workshop held in 2005 and, in recent months, a new book. Co-edited by Linnda Caporael, professor in the Department of Science and Technology Studies at Rensselaer Polytechnic Institute, the new book investigates how the concept of “scaffolding” is used across different scientific and academic disciplines.

Developing Scaffolds in Evolution, Culture, and Cognition is a study of how organisms, groups, or firms maintain homeostasis or go through change. The book includes papers by researchers in fields as varied as cell biology, economic history, and technological evolution. Scaffolding provides a framework in which complex topics such as those can be considered and re-considered.

“Our project is a ‘problem-centered inquiry on biology, cognition, and culture as scaffolded phenomena,’” Caporael said. “We presented the contributors with an integrating framework of our work and asked them to write about scaffolding in their own research. The book is unique as an edited book because the papers are ‘conceptual experiments,’ which we used as data. The section introductions and epilogue serve as an analysis of the data. The papers are so rich, however, we feel that we’ve just scratched the surface. “

Caporael’s work focuses on group structure and the shifting dynamics of coordination, including underlying ideas and beliefs – often invisible because they are so widely shared and taken for granted. Those ideas and beliefs serve as scaffolding, she asserts, and influence the possible outcomes of any line of inquiry. By drilling down to this underlying scaffolding, research can take on new meaning and context, she said.

The papers included in the book can also serve as an entree into a particular author’s research area.

“It would be very hard to think about her work clearly without thinking about the brain as being a scaffolded thing,” Caporael said.

Caporael’s chapter in the book is about the evolution of human sociality in face-to-face groups. The physical abilities and limitations of the human body scaffold the structures of human groups and interactions. Work that requires a group of people to gather around and look at something so they may draw a conclusion – is this a poisonous mushroom in the palm of someone’s hand or is this a navigable route according to the chart on a table – necessitates the group stay within a certain size. Five thousand people could not simultaneously complete either task, but five people could.

Any host knows that if you invite four people for dinner, all will be part of a conversation. Invite 10 people and you wind up with a seminar lecture or three or four little conversation groups. “If we’re trying to understand something about the evolution of human cognition, that’s a place to start,” Caporael said.

Caporael earned her doctoral degree in developmental psychology at the University of California at Santa Barbara. She is currently spending a sabbatical year in the University of Indiana’s Department of History and Philosophy of Science and the Program in Cognitive Science.