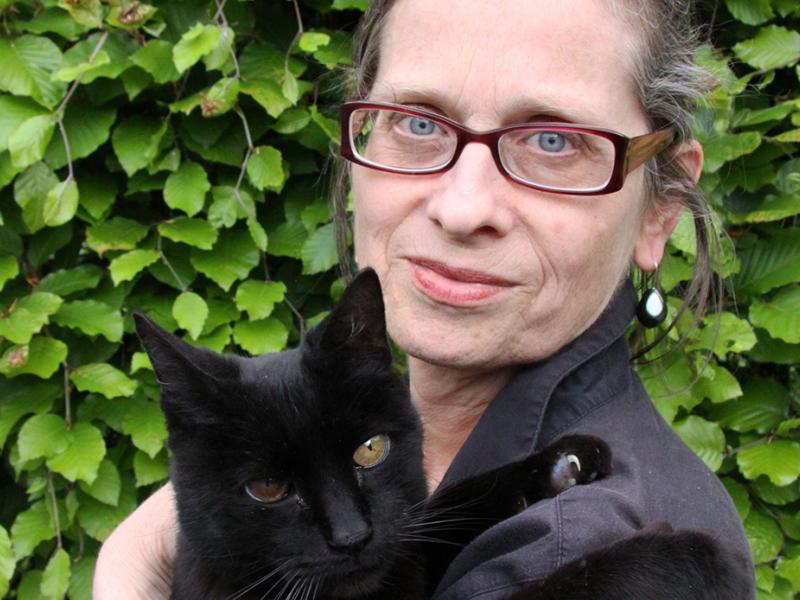 The lecture, which is free and open to the public, will begin at 8 p.m. Wednesday, April 16, in the Auditorium at the Center for Biotechnology and Interdisciplinary Studies (CBIS).

The annual contest and ceremony is co-sponsored by the Rensselaer Department of Communication and Media and the New York State Writers Institute. The contest honors student work in several categories: fiction/drama, poetry, essay, and electronic media. First, second, and third prizes are awarded to outstanding submissions in both the graduate and undergraduate divisions. In addition to presenting these awards, Davis will read from her work and respond to questions from the audience.

Davis, a faculty member at the University at Albany, received a $500,000 fellowship from the MacArthur Foundation in 2003. The “extremely short short stories” she is known for were described by The New Yorker as “probably unique in American writing, in its combination of lucidity, aphoristic brevity, formal originality, sly comedy, metaphysical bleakness, philosophical pressure, and human wisdom.”

Davis’s most recent collection, “Can’t and Won’t: Stories,” features stories in miniature — complaint letters, reflections on dreams, and small dilemmas. In a recent review, the New York Times describes Davis’s latest collection as “a more mournful and somber book than previous Davis collections. Calamity and ruin are always close at hand…. Still, the wonky comedy remains, as does the knife-thrust prose, as does the exuberant invention.” Last month, The New Yorker described Davis as “one of the most original minds in American fiction today.”

Davis’s 2009 volume, The Collected Stories, is a compilation of pieces from four previously published collections including Varieties of Disturbance (2007), Samuel Johnson is Indignant (2001), Almost No Memory (1997), and Break it Down (1986).

Davis is a Chevalier of the Order of Arts and Letters in France and is highly respected for her work translating literary fiction by Proust and Flaubert from French into English.

The McKinney Writing Contest was established in 1941 by Samuel McKinney, who graduated from Rensselaer in 1884, in memory of his wife, Mary Earl McKinney. The contest is designed to encourage communication skills among Rensselaer students and promote the liberal arts.

In addition to the McKinney Fund, the contest receives support from the Rensselaer Polytechnic Institute Vollmer Fries Lecture Fund; School of Humanities, Arts, and Social Sciences; Rensselaer Union; Friends of the Folsom Library; Department of Communication and Media; the New York State Writers Institute; and the literary organization Poets & Writers.