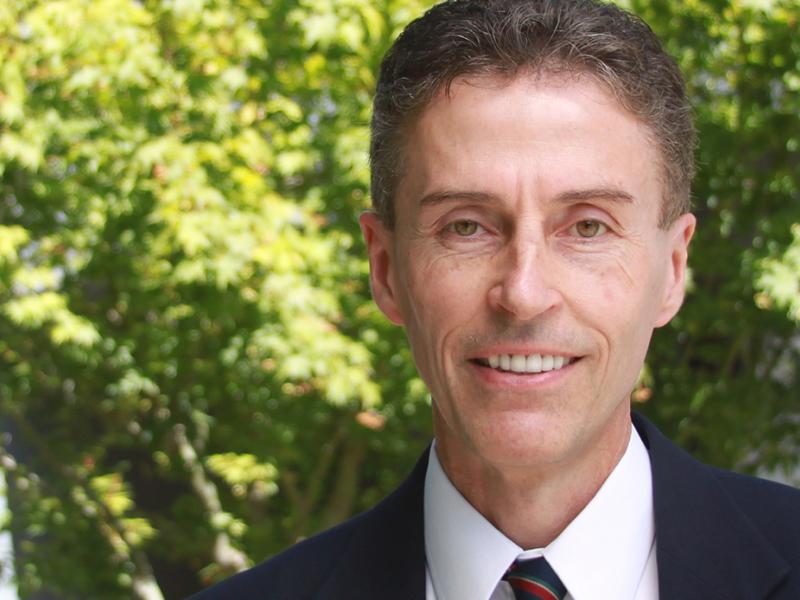 William Henshaw, an expert in the mathematics underpinning computer models of complex processes like turbulence hitting a wind turbine, or the flow of blood over an intravenous clot strainer, has been named the Margaret A. Darrin Distinguished Professor in Applied Mathematics at Rensselaer Polytechnic Institute. Henshaw joins Rensselaer from the Lawrence Livermore National Laboratory in California.

“We’re so pleased that Bill Henshaw, an internationally recognized expert in mathematics, has joined us at Rensselaer,” said Laurie Leshin, dean of the School of Science at Rensselaer. “His approaches have very broad applications and will enhance Rensselaer activities in the Center for Computational Innovations and the Rensselaer IDEA, and our work in computational materials, physics, and biology.”

The Margaret A. Darrin Distinguished Professor is supported by an endowment established in 1981 by Rensselaer alumnus David M. Darrin, Class of 1940. Established in honor of his wife, Peggy, the endowment is intended to “attract to Rensselaer a truly distinguished scholar – a steeple of excellence – to make a significant difference in the quality of teaching and research.” Darrin was a member of the Rensselaer Board of Trustees, and a loyal and visionary philanthropist during his lifetime, supporting students, faculty, and research at the Institute.

Henshaw’s research develops efficient parallel algorithms for the accurate solution of partial differential equations in diverse applications. In addition to improving the design of wind turbines and intravenous blood clot strainers, his work has been used to assess flaws in laser optics, to model explosive detonations, and to optimize the location of wind turbines in uneven terrain. Henshaw’s research contributes to the School of Science interdisciplinary theme in modeling, analysis, and simulation.

“Partial differential equations are the language that describes the physical processes behind many problems in science and engineering,” said Henshaw. “I’m interested in developing numerical methods to solve these equations on powerful computers. I’m a mathematician, but in order to tackle these problems, I have had the enjoyable opportunity to also learn about many fields such as those in engineering, physics, chemistry, and biology.”

Although the physical processes are described through partial differential equations, they can generally only be modeled quickly and accurately with computers, and for that, Henshaw must translate the equations into algorithms.

“These equations are complex, and for many important and practical applications you really need a modern, large parallel computing system together with efficient algorithms in order to obtain accurate answers,” said Henshaw. “I create the algorithms that make it possible for the computer to solve these partial differential equations quickly and accurately. Computer simulations are used to understand scientific and engineering processes as well as to allow developers of new technologies to troubleshoot and refine their design before they start to build.”

“The beauty of partial differential equations is that similar equations can be used to describe processes in multiple scientific fields,” said Henshaw. “This allows me to develop algorithms in one area that can be applied in many areas. For example, laser and light propagation are governed by wave equations, but if you look at the propagation of sound or the structural mechanics of the deformation of solids, these are also wave equations.”

In one example of his work, Henshaw developed algorithms to simulate the flow of turbulent air past wind turbines with rotating blades.

“There’s a lot of potential for wind turbines, but early generations have had problems with reliability, especially in the gearing mechanisms,” said Henshaw. “The problems were in part traced to vibrations caused by the highly uneven forces that were being applied to the turbine blades. Due to their enormous size, the blades experience significantly different wind forces near the ground than near the top of their stroke. The effects of uneven terrain and the wakes from upstream turbines can also play an important role. Computer simulations can be used to assess these effects. ”

In his work with blood clot filters, Henshaw modeled the flow of blood through the proposed designs.

“In theory, this filter is supposed to capture blood clots, but it’s wise to model it beforehand and try to catch unforeseen problems,” Henshaw said. “That’s a good example of where computation can be useful in medicine.”