Studying the Symmetry of Cells To Help Prevent Birth Defects 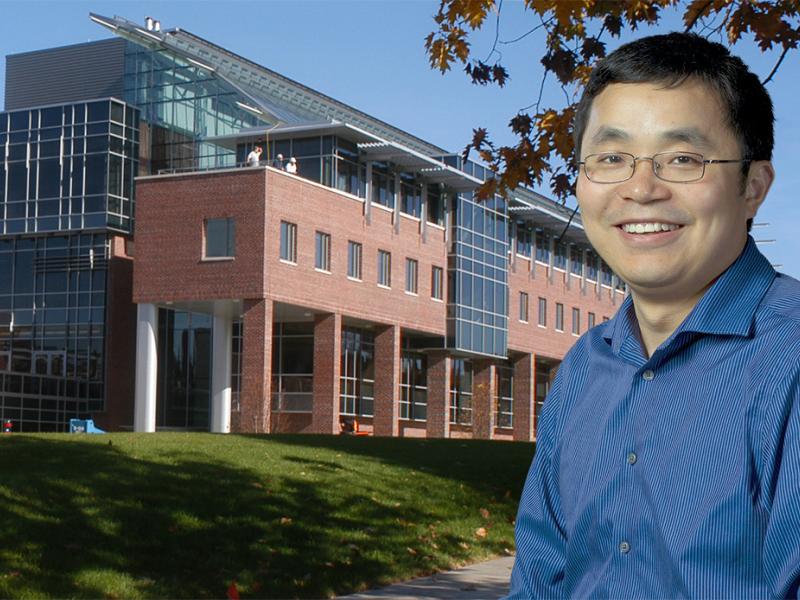 Space travel is heating up—and so are rocket fuel emissions. These companies are developing cleaner alternatives to protect earth first
Why Do Fossil Fuels Have So Much Carbon Stored in Them?
Rensselaer Creates Course Program Focused on Training in Micro and Nanofabrication Cleanroom Technology
Rensselaer Researcher Awarded NASA Space Biology Grant for Work Focused on Spaceflight Stressors
Moveable Robotic Platform Could Be the Future of Retail
March 20, 2014

Studying the Symmetry of Cells To Help Prevent Birth Defects

The March of Dimes, founded by Franklin D. Roosevelt in 1938, is the leading nonprofit organization for pregnancy and baby health. Today, research investments are vital to the March of Dimes mission to prevent birth defects, premature birth, and infant mortality.

The Basil O’Connor Starter Scholar Research Awards are funded in a program specifically designed to support scientists just embarking on their independent research careers. Created in 1973 and named for the first March of Dimes chairman and president, this program provides funding to young investigators to start their own research projects on topics related to the March of Dimes mission.

Wan will use the two-year, $150,000 grant to accelerate research into tissue development and regeneration. Specifically, he is investigating the biomolecular processes of tissues and organs that develop asymmetrically, and the role of this asymmetry in several genetic diseases and birth defects.

“Left-right asymmetry” is a fundamental characteristic of living organisms, Wan said. Examples include the twining of climbing plants, the helices of snail shells, and the bilateral asymmetry of human body. He is researching new ways using high-throughput screening technology to observe and collect images of life-right asymmetry in specific types of cells. Once developed, such a system could be a powerful tool for identifying environmental factors associated with birth defects.

Wan conducts his research in the world-class Center for Biotechnology and Interdisciplinary Studies at Rensselaer.

Wan received his bachelor’s degree in theoretical and applied mechanics and his master’s degree in fluid mechanics from the University of Science and Technology of China. He earned his doctoral degree in biomedical engineering from Columbia University, and served as a postdoctoral researcher at Columbia before joining the Rensselaer faculty in 2011.

In 2013, Wan received a five-year, $400,000 grant as part of a prestigious Faculty Early Career Development Award (CAREER) from the National Science Foundation (NSF). The CAREER Award is given to faculty members at the beginning of their academic careers and is one of NSF’s most competitive awards, placing emphasis on high-quality research and novel education initiatives.

A dynamic young voice in the field of biotechnology and biomedical engineering, Wan has been honored by several other organizations for his research. In 2012, he was recognized with an American Heart Association Scientist Development Grant, the Cellular and Molecular Bioengineering Conference Rising Star award from the Biomedical Engineering Society, and the Young Investigator Award from the Frontiers in Bioengineering Workshop.