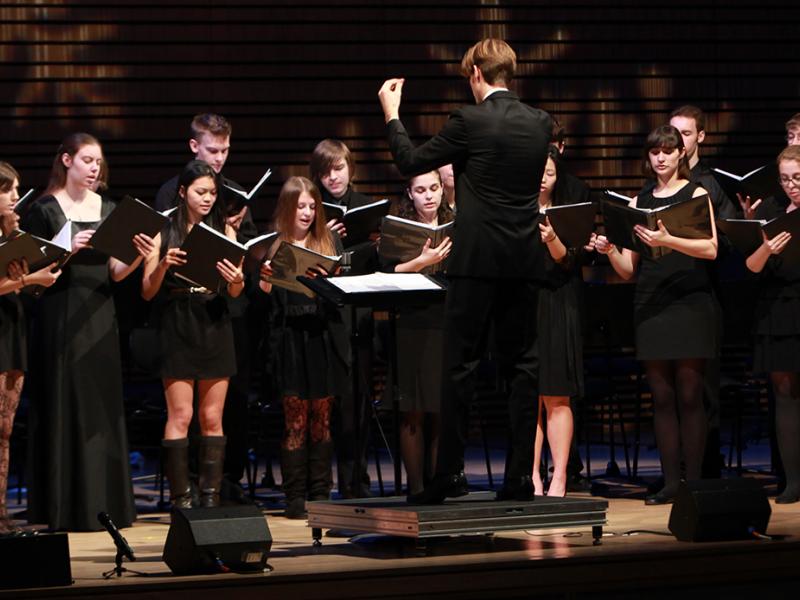 The concert is free, but donations are encouraged and will go toward ongoing fundraising to build a new organ at St. Paul’s Church.

Conductor Nicholas DeMaison said it is important for students in the choir to have experiences performing off campus. “I want the students to have experiences that really integrate what we do into the community that surrounds Rensselaer Polytechnic Institute,” he said. “I’m operating under the assumption that when these students graduate from Rensselaer they are going to work in fields that are not directly related to music, and if they want to maintain some kind of music in their lives they’re going to have to go out and find opportunities like this one to be involved in their local music community.”

The repertoire for the concert will include Mass for Four Voices by William Byrd, a full 16th-century English Mass that will be interspersed with motets by Duruflé, Mallonée, Messiaen, Tallis, and Wylkynson.

“The Mass will provide a line of continuity throughout the concert and the motets that I have chosen will complement that main piece,” DeMaison said.