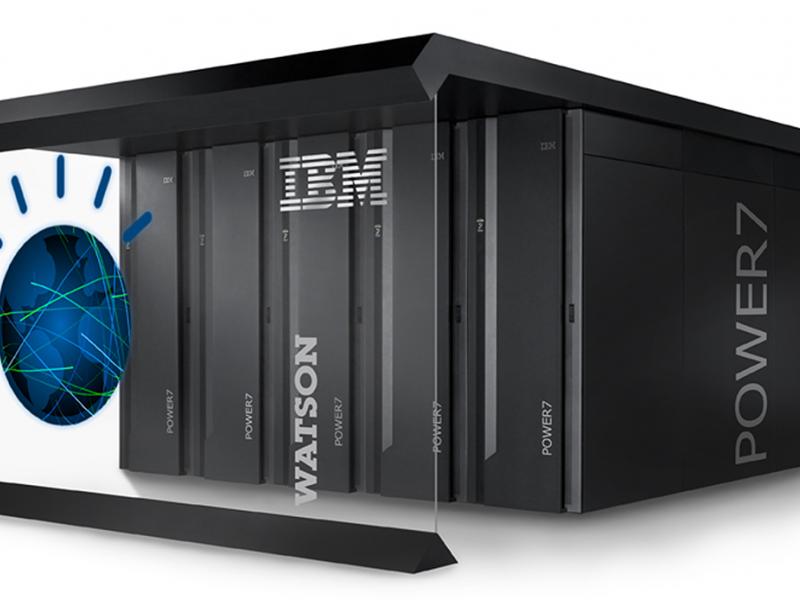 In Fall, 2014, New Courses Will Inspire University Students to Build Apps Infused with Watson's Intelligence While Gaining the Entrepreneurial Vision to Deliver Their Innovations Into the Marketplace. Announcement Marks the Newest Step in IBM's Strategy to Fuel an Ecosystem of Innovators Who Will Make Cognitive Computing the New Worldwide Standard of Computing

IBM (NYSE: IBM) is partnering with the country’s leading technology universities to launch cognitive computing courses that give students unprecedented access via the cloud to one of the Company’s most prized innovations: Watson.

For the first time, enrollment is now open for fall 2014 cognitive computing courses at Carnegie Mellon University, New York University (NYU), The Ohio State University, Rensselaer Polytechnic Institute (RPI), University of California, Berkeley, University of Michigan and the University of Texas in Austin. Co-designed by the Watson Group and leading academic experts in fields such as Artificial Intelligence and Computer Science, the courses will empower students with the technical knowledge and hands-on learning required to develop new cognitive computing applications fueled by Watson’s intelligence. Enrolled students will form a business team and together they will have access to their Watson instance via the Watson Developer Cloud. As a classroom, they will select an industry to focus on, such as retail, travel or healthcare, and then will work as a team to ingest relevant data into Watson and train it. Ultimately, the students will break into teams and develop prototype apps and a business plan based on their Watson industry of choice. For example, in the retail domain questions can focus on: "How can Watson be applied to personalize consumer shopping experience?” In the travel industry: "What changes would be applied to help consumers target their next vacation based on their experiences and interests?” As result, each student will gain the perspective and vision of a technology entrepreneur who can transform industries and professions with cloud-delivered expert advisors that think, learn and discover valuable insights from massive amounts of data. The initiative is part of an ongoing effort to expand and strengthen student skills and understanding of big data and analytics in order to meet the growing demand for highly skilled analytics workers. IBM has been hosting Watson Case Competitions over the past year giving students a glimpse into the promise Watson holds to transform industry and professions.

According to research firm Gartner, Inc., smart machines will be the most disruptive change ever brought about by information technology, and can make people more effective, empowering them to do "the impossible." Building on the 4.4 million IT jobs Gartner predicts will be created to support Big Data by 2015, the seven universities will educate a new generation of innovators who can bring to life this new dynamic of people and machines working together to solve pressing industry and societal challenges. Students who take the courses will begin by learning about Watson and its underlying technologies, including natural language processing and machine learning. Soon after, students will also learn that their syllabus quickly transitions from textbooks and discussions to hands-on engagement with Watson, itself, though the following course sections:

Today's news is the next major milestone in IBM's strategy to fuel an ecosystem of innovators who will help make cognitive computing the new standard of computing. In November 2013, IBM announced Watson as an application development platform in the Cloud. Today, nearly 2,000 individuals and organizations – ranging from start-ups and VC-backed companies to established players -- have contacted IBM to share ideas for building cognitive applications that redefine how businesses and consumers make decisions. IBM also recently announced its intention to open Watson to corporate developers, to advance a new generation of apps infused with Watson's cognitive computing intelligence.

At Rensselaer, students have already been learning about many of the technologies underlying the Watson system in a spring 2014 course on ‘Natural Language Processing with Watson,’ offered with support from IBM. More than 25 students studied natural language processing and cognitive computing in the context of the Watson system, and with the benefit of IBM guest lecturers. Students will continue to study natural language processing and cognitive computing at Rensselaer in the fall 2014 semester.

To ensure its participating universities succeed in their vision to turn today’s students into tomorrow’s cognitive computing leaders, the IBM Watson Group will provide a range of resources and support, including:

Watson has deep roots in the academic community, as IBM collaborated with eight universities to develop the cognitive innovation’s capabilities. Since Watson’s introduction to the world in 2011, IBM has introduced a range of activities to engage students in the emerging era of computing, including business case competitions, technical challenges and a Watson internship program. By partnering with top educational institutions across the country, the Watson Group is empowering students from a range of disciplines for careers to move the cognitive era forward. This includes the IT developers who create cognitive apps, the entrepreneurs who commercialize the apps, and the business professionals who use them everyday to succeed.

For more information about Rensselaer Polytechnic Institute go to: http://www.rpi.edu/

To join the social discussion about Watson include the hashtag #ibmwatson

For more insights on this story please read this posts on IBM's A Smarter Planet blog: http://asmarterplanet.com/blog/2014/05/watson-goes-college-bringing-entrepreneurship-classroom.html