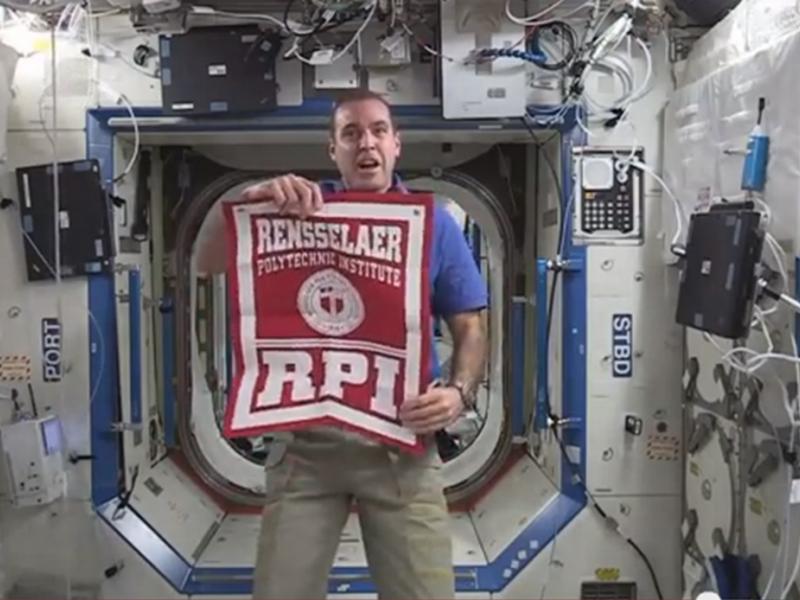 Astronaut Rick Mastracchio Returns From ISS May 12; Astronaut Reid Wiseman Travels There May 28

One Rensselaer Polytechnic Institute graduate will return from the International Space Station (ISS) tonight while another is completing final preparations to travel to the ISS at the end of the month.

Astronaut Rick Mastracchio ’87 is scheduled to leave the International Space Station tonight after a six-month mission and arrive back on Earth tomorrow, Tuesday, May 13.

Two weeks later, on Wednesday, May 28, Astronaut Reid Wiseman ’97 will travel to the International Space Station with Alexander Gerst of the European Space Agency and Maxim Suraev of the Russian Federal Space Agency. They will join a NASA astronaut and two Russian cosmonauts aboard the ISS and are scheduled to remain there until November. During their six months aboard the ISS, the crew will participate in several hundred experiments in biology and biotechnology, physical science, and Earth science.

Wiseman graduated from Rensselaer in 1997 with a bachelor’s degree in computer and systems engineering. He went on to earn a master’s degree in systems engineering at Johns Hopkins University and then attended the U.S. Naval Test Pilot School. As a naval aviator, Wiseman flew numerous assignments around the world before his selection to NASA’s astronaut corps in 2009.

This will be Wiseman’s first spaceflight.

Throughout his career, Mastracchio has completed eight space walks totaling 51 hours and 28 minutes, putting him among the ranks of the most experienced spacewalkers.

Last month, Mastracchio spoke to Rensselaer students from the ISS via satellite. He told them that one of the biggest surprises when he first traveled to space was the immediate impulse to turn around and look back at the Earth. “You spend your whole life trying to get off the Earth, it seems like, and then as soon as you get into low Earth orbit, the first thing you do is turn around and look back at the Earth and see how beautiful it was and you miss it almost instantly,” he said.