The Promise and Intrigue of Where Water Meets Air 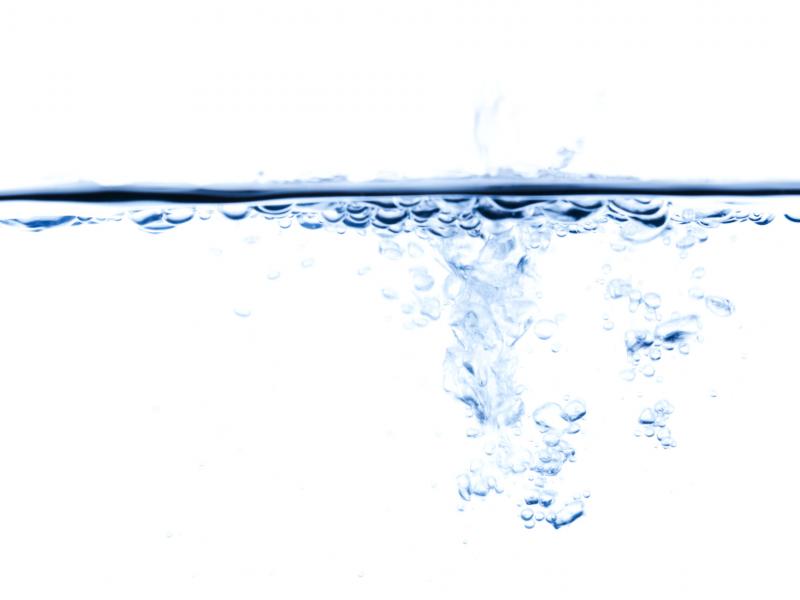 The Promise and Intrigue of Where Water Meets Air

Troy, N.Y. – Whether it’s a glass of water, a bathtub, or the surface of a lake or ocean, interesting things happen where water meets air. From Benjamin Franklin to Irving Langmuir, scientists have long been interested in the air-water interface.

A new study from chemical engineers at Rensselaer Polytechnic Institute offers fresh insight into the topic, and starts to address fundamental questions about water, salt, and their interactions near an air-water interface. This research may help development of new self-assembling biomolecular materials.

“Air-water interfaces are everywhere. What takes place in their vicinity, within 1 or 2 nanometers of the interface, is fascinating. There is still much to learn about this space,” said Shekhar Garde, the Elaine S. and Jack S. Parker Professor at Rensselaer and head of the university’s Howard P. Isermann Department of Chemical and Biological Engineering (CBE), who led the study.

Since the 1930s, chemists and chemical engineers have been investigating whether molecules dissolved in water prefer to move toward the air-water interface, or move away from it. Molecules in soap, for example, have both hydrophilic and hydrophobic parts, and love to reside at the interface. Conventional thinking perceived that salt ions preferred to be hydrated by water, and therefore stayed away from the air-water interface.

Over the past decade, however, research has shown that ions can be present very close to, and even at, the air-water interface. Ionic groups can also be a part of another molecule, such as a surfactant or a protein, and be driven to the interface.

Garde, with Rensselaer CBE graduate students Vasudevan Venkateshwaran and Srivathsan Vembanur, sought to better understand how ions interact with each other when near the air-water interface. They used molecular dynamics simulations – powered by the Rensselaer supercomputing center, the Center for Computational Innovations (CCI) – to address this question.

The researchers found that oppositely charged ions attract each other much more strongly near an interface than when in bulk water. More surprising, Garde said, was the finding that similarly charged ions (two positive ions, or two negative ions), which are expected to repel each other strongly, do not do so when near an air-water interface, and may even attract each other when drawn slightly out of the interface. This behavior arises from the complex interplay of the structure of the water molecules, deformation of the surface, and the capillary waves along the surface of the water, he said.

“In essence, we found that ion-ion interactions become more ‘sticky’ near the air-water interface,” Garde said.

These findings have interesting implications for the structure and assembly of biological molecules at interfaces, which is a topic of significant interest. In bulk water, proteins fold into different functional structures as a result of hydrophobic and hydrophilic interactions. At an air-water interface, however, hydrophobic interactions become weaker and hydrophilic/ionic interactions become stronger, resulting in proteins unfolding, aggregating, or assembling into significantly different structures.

In this study, Garde and the graduate students demonstrated how a peptide (a piece of a protein) that forms a helix shape at the interface, changes dramatically into a hairpin turn shape when its ends are charged. This ability to switch from one kind of structure to another by charging the ends is rather interesting, Garde said, and demonstrates the way in which ion-ion interaction can influence protein structure.

“Many studies have investigated the structure and assembly of proteins in bulk water, but we still don’t know a lot about what happens to them at the interface,” Garde said. “Our results present one piece of the puzzle to better understand fundamental interactions and their implications on the assembly of biomolecules at interfaces.”

Results of the study are detailed in the paper titled “Water-mediated ion–ion interactions are enhanced at the water vapor–liquid interface,” which was published online this week by the Proceedings of the National Academy of Sciences. See the paper at: http://owl.li/xzTUb

This research was supported by the National Science Foundation.