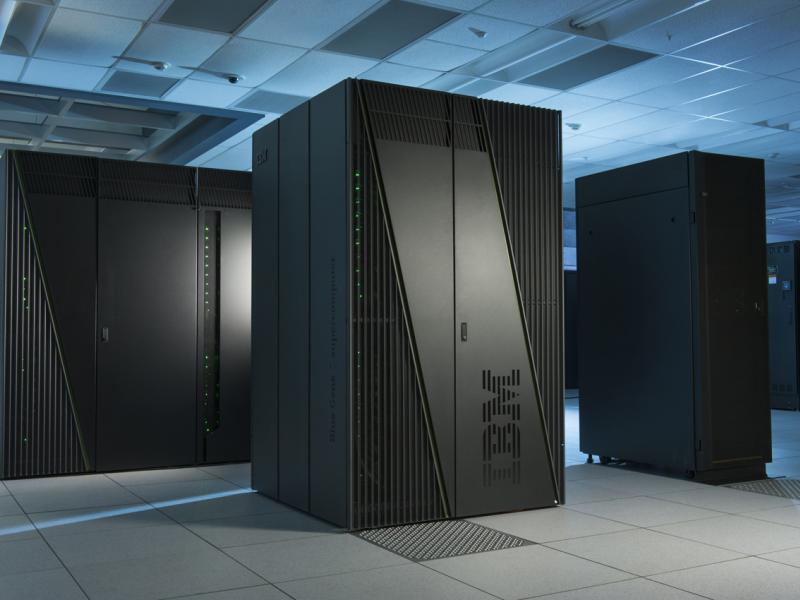 Troy, N.Y. – The petascale supercomputing system at Rensselaer Polytechnic Institute clocks in at a top peak processing speed of 1048.6 teraflops, making it the 43rd most powerful system in the world, according to the most recent TOP500 list.

Named the Advanced Multiprocessing Optimized System, or AMOS, the Rensselaer supercomputer was switched on in October 2013. The system is a five-rack IBM Blue Gene/Q supercomputer with additional equipment.

According to the most recent TOP500 list, which ranks the world’s most powerful supercomputers, AMOS is:

Along with the ability to perform more nearly quadrillion calculations per second, AMOS has high-performance networking capabilities with a bandwidth of more than four terabytes per second—more than the combined bandwidth of 2 million home Internet subscribers.

This combination of speed and networking enables Rensselaer and its partners in academia and industry to better tackle highly complex, data-rich research challenges ranging from improvements in microprocessor fabrication and complex industrial manufacturing, to the design of next-generation exascale supercomputer systems.

AMOS (the name of which is a reference to Rensselaer’s first senior professor, Amos Eaton) is located at the Rensselaer Center for Computational Innovations (CCI). Both CCI and AMOS represent a close partnership between Rensselaer and IBM.

“We are very pleased that TOP500 has recognized AMOS. Along with being an incredibly powerful machine, AMOS is also a balanced machine. Its combination of speed and networking capabilities makes it unique among the world’s supercomputers,” said Christopher Carothers, director of CCI and a professor in the Department of Computer Science at Rensselaer. “AMOS gives Rensselaer and its partners the ability to leverage massively parallel computation and data analytics to help solve some of the world’s most pressing problems. It’s a very exciting time for supercomputing at Rensselaer.”

AMOS is a cornerstone of the Rensselaer Institute for Data Exploration and Applications—known as The Rensselaer IDEA—which serves as a hub for Rensselaer faculty, staff, and students engaged in data-driven discovery and innovation. The institute is anchored in the strength of Rensselaer in six primary areas: high performance computing, web science, data science, network science, cognitive computing, and immersive technologies.

Working across disciplines and sectors, The Rensselaer IDEA empowers students and researchers with new tools and technologies to access, aggregate, and analyze data from multiple sources and in multiple formats. Related projects and programs span the entire spectrum of high-impact global challenges and opportunities, including basic research, environment and energy, water resources, health care and biomedicine, business and finance, public policy, and national security.

The Rensselaer IDEA connects three of the university’s critical research platforms: the CCI supercomputing center (AMOS and Watson at Rensselaer), the Curtis R. Priem Experimental Media and Performing Arts Center, and the Center for Biotechnology and Interdisciplinary Studies.