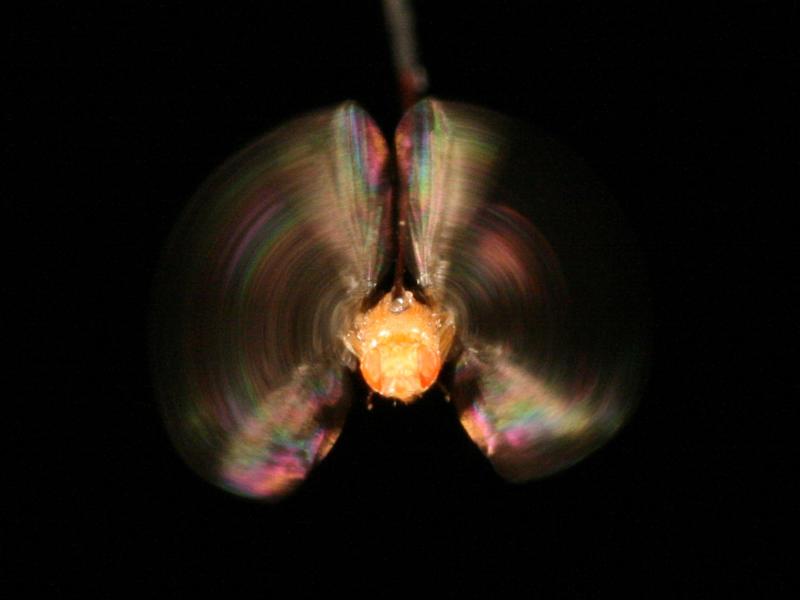 Troy, N.Y. – A Rensselaer Polytechnic Institute biologist is working to unravel some of the biggest mysteries of the human heart with help from an unexpected source – the tiny Drosophila, commonly known as the fruit fly.

Professor Douglas Swank recently received funding from the National Institutes of Health for two separate grant proposals. One, a five-year, $2.4 million grant, is a collaboration between Swank and researchers at Johns Hopkins University and San Diego State University (SDSU) to seek molecular causes of hypertrophic cardiomyopathy, or enlarged heart disease. The other, a five-year, $1.3 million grant, will allow Swank to study stretch activation, a unique physiological characteristic shared by the muscles that cause Drosophila wings and human hearts to beat efficiently.

Hypertrophic cardiomyopathy causes enlarged hearts and can be fatal, particularly in people in their teens and twenties. Often, cardiac arrest is the first indication that there is anything wrong with a sufferer’s heart. The disease is the leading cause of sudden cardiac arrest in young adults and is frequently identified as the cause of sudden death in young athletes, which is one reason Swank was interested in studying its root cause.

“Our goal for the grant is to try to understand the molecular mechanism behind this disease so that we can help develop better treatments,” Swank said. Methods for screening for the disease continue to improve, but as yet there are very few treatment options and no cure.

More than 200 inherited point mutations have so far been identified as leading to hypertrophic cardiomyopathy. Swank and his team will introduce single mutations into Drosophila flight muscles – which function in a very similar way to heart muscle – and study how the mutations change the muscle’s mechanical performance. Their work focuses on two proteins that cause the heart to contract – myosin, the molecular motor that powers muscle contraction, and actin, which functions as a track on which myosin moves.

Once the mutations have been introduced, Swank and his team will isolate a single muscle fiber and measure mechanical properties such as force, velocity, and stiffness to determine how exactly the mutation changes the muscle’s ability to function. This will enable the appropriate drug choice or other treatment to be developed to compensate for the specific change in muscle function.

“When the heart is filling with blood, it is stretched and that stretch influences how much force will be produced when the heart muscles shorten to pump the blood out,” Swank explained. “The heart has to produce the right amount of force and, unlike most mechanical pumps, the amount of force can vary beat to beat depending on the demands on the circulatory system.”

A more extreme version of the same phenomenon occurs when the Drosophila wings beat. Stretch activation enables the fly’s wings to beat efficiently and also rapidly enough to sustain flight, about 200 times per second. With a single neural impulse, the two opposing sets of flight muscles move the wings up and down about 10 times, while only a single movement occurs per neural impulse in other muscle types. Studying the more pronounced stretch activation in Drosophila increases Swank’s chances of determining the mechanism behind stretch activation because the muscle proteins that are involved should be more evident. The results of this study aim to increase our understanding of basic heart function and help develop treatments that restore the performance and efficiency of failing human hearts.