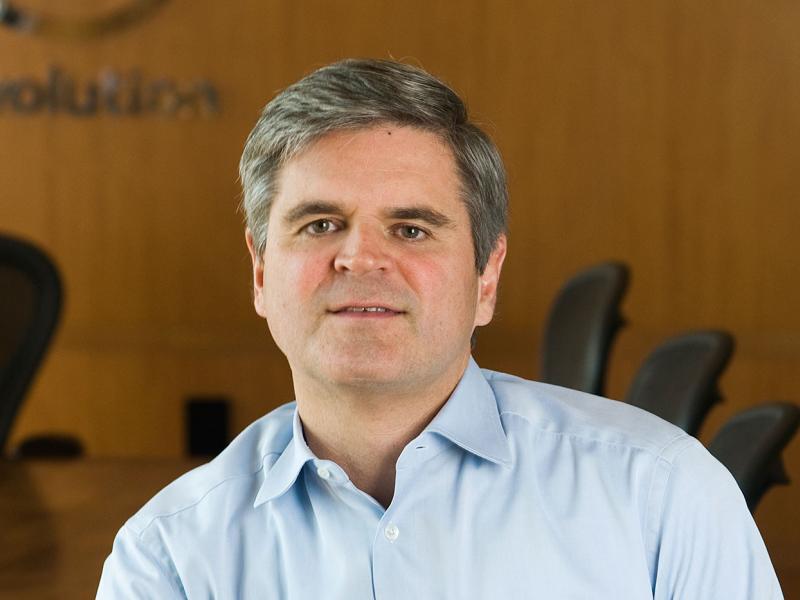 The Lally School of Management, the business school at Rensselaer Polytechnic Institute, started 50 years ago. On October 21, as part of a series of special events marking major anniversaries at the Institute, entrepreneur, philanthropist, and Internet pioneer Steve Case will be the featured speaker.

Case will participate in the concluding session of a day-long showcase titled “Investing in Entrepreneurship” at the Curtis R. Priem Experimental Media and Performing Arts Center (EMPAC) on the Rensselaer campus in Troy, New York.

Steve Case is one of America’s best-known and most accomplished entrepreneurs and philanthropists, and a pioneer in making the Internet part of everyday life. He is chairman and CEO of the venture capital firm Revolution, and chairman of the Case Foundation, both of which invest “in people and ideas that can change the world.” Prior to starting Revolution, he was the co-founder, chairman, and CEO of America Online Inc. (AOL) and, later, the chairman of AOL Time Warner.

“At Rensselaer, we challenge and motivate our students to change the world, and Steve Case is doing just that every day,” said Rensselaer President Shirley Ann Jackson. She will lead a conversation with Case, titled “Cultivating Data-Driven Entrepreneurship.” The program will be held in the EMPAC Theater on the Rensselaer campus from 3 to 4:30 p.m.

President Jackson has called for a new way—that she describes as the “new Polytechnic”—of learning and working across disciplines and sectors, using new tools and technologies and our global interconnectivity. Using them, particularly in the arenas of big data, high performance computing, and web science, we are able to develop new approaches to the challenges of energy, food, water, health, and national security, climate change, and natural resource allocation, which are fundamental to our daily lives and to the long-term viability of the planet.

“Data is the new natural resource of the 21st century,” President Jackson said. “The ways we generate it and mine, manage, preserve, and connect it, by harnessing powerful new analytical and computational capacities, will shape and change our world. We will discuss cultivating entrepreneurs and growing an innovation ecosystem that uses data to unlock potential solutions to the grand global challenges.”

Lally School of Management Dean Thomas Begley said, “Steve Case’s work and vision is in sync with the Lally School’s rich tradition of technological entrepreneurship. Now more than ever, we are focused on bridging management and technology to create global business leaders who will guide their organizations toward innovative products, processes, and businesses.”

The October 21 celebration also will feature a panel discussion and workshop titled “Angel Investors and Entrepreneurs—How To Speak the Same Language,” along with a pitch session showcasing several leading area start-up companies in search of venture capital. Additional event highlights include networking opportunities, educational sessions, and an exhibit featuring start-up companies. The events are open to the Rensselaer campus community, alumni/ae, and the general public. Registration is encouraged. For more information and to RSVP, visit: http://lally50.splashthat.com.

Founded in 1824, Rensselaer was the first technological research university in the English-speaking world. For nearly two centuries, the Institute has been a driving force behind breakthroughs in engineering and science in virtually every arena—from transportation and infrastructure to business, medicine, outer space, and cyberspace.

“We are proud to be part of the bridge to the bicentennial anniversary of Rensselaer,” Dean Begley said. “As we commemorate the 50th anniversary of the Lally School, we also highlight important milestones of how the world has been transformed by the achievements of Rensselaer people past and present.”

Case’s entrepreneurial career began in 1985 when he co-founded America Online (AOL). AOL was the first Internet company to go public and among the best-performing stocks of the 1990s, delivering a 11,616 percent return to shareholders. At its peak, nearly half of Internet users in the United States used AOL.

Case’s passion for helping entrepreneurs remains his driving force. He was the founding chair of the Startup America Partnership, an effort launched at the White House to accelerate high-growth entrepreneurship throughout the nation. In 2013, the Startup America Partnership joined forces with Startup Weekend to create UP Global, which Case now chairs. He is also a member of the Presidential Ambassadors for Global Entrepreneurship.

About the Lally School of Management

Rensselaer Polytechnic Institute, founded in 1824, is the nation’s oldest technological research university. The university offers bachelor’s, master’s, and doctoral degrees in engineering, the sciences, information technology, architecture, management, and the humanities and social sciences. Institute programs serve undergraduates, graduate students, and working professionals around the world. Rensselaer faculty are known for pre-eminence in research conducted in a wide range of fields, with particular emphasis in biotechnology, nanotechnology, computation and information technology, the media arts and technology, and energy and the environment. The Institute is well known for its success in the transfer of technology from the laboratory to the marketplace so that new discoveries and inventions benefit human life, protect the environment, and strengthen economic development. For more information about Rensselaer Polytechnic Institute, visit: http://www.rpi.edu/.