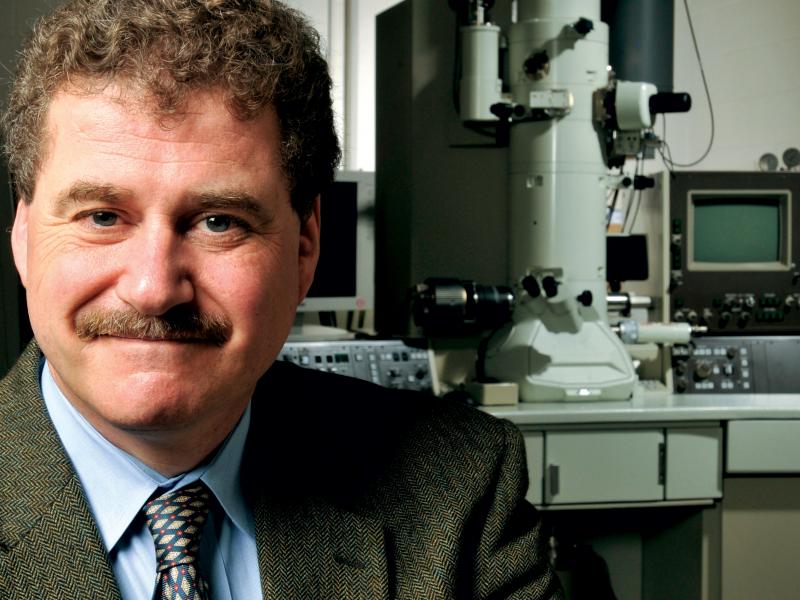 Space travel is heating up—and so are rocket fuel emissions. These companies are developing cleaner alternatives to protect earth first
Why Do Fossil Fuels Have So Much Carbon Stored in Them?
Rensselaer Creates Course Program Focused on Training in Micro and Nanofabrication Cleanroom Technology
Lighting Up Troy
Rensselaer Researcher Awarded NASA Space Biology Grant for Work Focused on Spaceflight Stressors
August 29, 2014

Troy, N.Y. – Advanced materials leader Robert Hull, the Henry Burlage Jr. Professor of Engineering and head of the Department of Materials Science and Engineering at Rensselaer Polytechnic Institute, has been named the first director of the Institute’s new Center for Materials, Devices, and Integrated Systems (cMDIS). The appointment is effective October 1, 2014.

As cMDIS director, Hull will help lead the Institute’s strategic basic and applied research efforts across the broad spectrum of fields in engineering and the physical sciences, in leading-edge areas such as lightweight composite materials, nanostructured materials, sensors and sensor networks, power electronics, and wide bandgap semiconductors, as well as the integration of these technologies into complex systems. He will be responsible for driving the new frontiers of research and technology with emphasis on the development of large sponsored research proposals, grants, and programs, as well as forging partnerships with other universities, industry, and federal laboratories. Additionally, Hull will have overall responsibility for the Institute’s Micro- and Nanofabrication Clean Room, the Nanoscale Materials Characterization Core, and other core research facilities.

“Dr. Hull is an exceptional scholar and leader, with a deep commitment to cultivating talented faculty and students, and fostering excellence in interdisciplinary research,” said Jonathan Dordick, vice president for research and the Howard P. Isermann Professor of Chemical and Biological Engineering at Rensselaer. “As Rensselaer moves closer to its bicentennial anniversary in 2024, the cMDIS will play an increasingly critical and transformative role in the Institute’s overall research enterprise. Robert brings tremendous vision and energy to this pursuit. We are pleased to announce his appointment as cMDIS director.”

The cMDIS will continue and expand upon the work conducted in the long-lived and successful Center for Integrated Electronics. Building upon the strong culture of interdisciplinary research and academics at Rensselaer, the cMDIS aims to advance several important technologies, including energy harvesting, storage, and transmission/distribution; responsive and adaptive built environments; integrated biomaterial devices; nanostructured composite materials; and advanced manufacturing and robotics. The cMDIS will closely partner with other research centers at Rensselaer including the Center for Biotechnology and Interdisciplinary Studies (CBIS), the Center for Architecture Science and Ecology (CASE), the National Science Foundation Smart Lighting Engineering Research Center (ERC), the Rensselaer Nanotechnology Center (RNC), the Scientific Computation Research Center (SCOREC), the Center for Automation Technologies and Systems (CATS), the Center for Future Energy Systems (CFES), the Center for Computational Innovations (CCI), as well as the Rensselaer Institute for Data Exploration and Applications (IDEA).

“I am enormously excited about this opportunity to help synthesize new programs in engineering and the physical sciences that will develop new devices and systems applications leveraging fundamental materials discoveries,” Hull said. ”Multidisciplinary research that integrates fundamental science with engineering application is a core strength of Rensselaer. Our programs will both build upon the remarkable work performed in the former Center for Integrated Electronics, and will extend into broader Rensselaer strengths in computational research,  new energy systems, the built environment, manufacturing, aerospace, and composite systems, among other fields.”

In academia and the private sector, Hull is known for his research into fundamental growth mechanisms of semiconductor films, the self-assembly of nanostructures, and for his work in exploring potential applications of these films and structures to future nanoelectronic devices. His recent work focuses on the development of new techniques for nanoscale assembly, fabrication, and characterization using focused ion and electron beams, with particular emphasis on epitaxial semiconductor structures and applications to nanoelectronics.

Hull has published nearly 250 journal and conference papers on these topics. He has also edited several books and proceedings in the fields of semiconductor materials and devices, given more than 120 keynote and invited talks at national and international conferences, and presented 150 additional invited seminars at universities and government and industrial laboratories.

He is a member of multiple editorial and advisory boards, including current service as an associate editor of Applied Physics Reviews. He is a fellow of the American Physical Society and of the Materials Research Society (MRS), and has served as MRS president and as chair of the University Materials Council. Hull also has participated in multiple national committees and studies, including serving as the chair of a Committee of Visitors for the Division of Materials Research at the National Science Foundation, and as a member of the committee performing the most recent triennial review of the National Nanotechnology Initiative, organized by the National Academies.

Prior to joining Rensselaer in 2007, Hull was a professor of materials science and engineering at the University of Virginia, and directed its Institute for Nanoscale and Quantum Science in addition to its Materials Research Science and Engineering Center. Before joining UVA in 1994, he worked as a researcher at AT&T Bell Laboratories and Hewlett Packard Laboratories and held a visiting associate professorship as the NEC Chair at the University of Tokyo in Japan.

Hull received his bachelor’s degree in physics from Oxford University in 1980, and went on to earn his doctoral degree in materials science from Oxford in 1983.