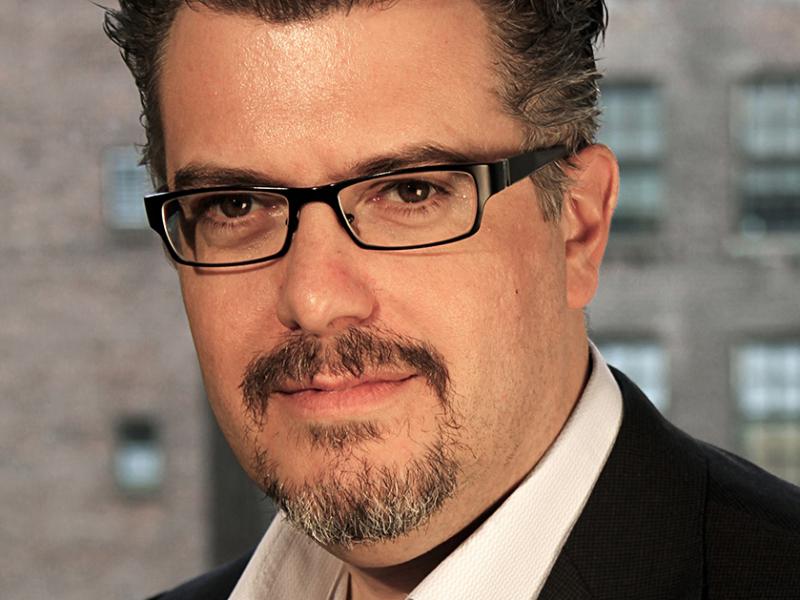 Troy, N.Y. — Rensselaer Polytechnic Institute alumni and Pi Kappa Alpha brothers, John Delbridge ’91, Jeffrey Stewart ’91, and David Uyttendaele ’91 have been selected as the 2014 William F. Glaser ’53 Rensselaer Entrepreneurs of the Year. Established in 1990, the award brings the world of entrepreneurship into Rensselaer classrooms by recognizing successful entrepreneurs and role models who share their wisdom and experiences with students.

The program will take place Friday, October 3, from 2:30 to 4 p.m. on the Rensselaer campus, in the Center for Biotechnology and Interdisciplinary Studies auditorium. The event, which is free and open to the public, is sponsored by the Paul J. ’69 and Kathleen M. Severino Center for Technological Entrepreneurship and the Lally School of Management at Rensselaer.

While attending Rensselaer, the fraternity brothers first started collaborating on projects, and this continued even after graduation. In early 1993, en route to a ski trip in Vermont, the trio stopped off at Rensselaer to discuss the latest business idea that was keeping Stewart up at night—a business-to-business online printing solution. Founded in 1998 and headquartered in New York City, Mimeo.com now employs more than 850 people globally with operations in North America, Europe, and Asia. The cCompany’s investors include Draper Fisher Jurvetson, Gotham Ventures, Goldman Sachs (GS) Harbourvest, and Hewlett Packard (HPQ).

With a global footprint and cloud-based platform, Mimeo provides customers with a simple way to create, manage, and distribute content and materials. Mimeo’s award-winning document management tools and patented print on-demand solutions have lowered document-related costs and improved employee productivity for organizations ranging from small businesses to Global 2000 companies. As the innovator of online managed content distribution, the private company has provided solutions to over 50,000 organizations in over 140 countries over the past 15 years.

“We are excited to honor  Rensselaer alums John Delbridge ’91, Jeffrey Stewart ’91, and David Uyttendaele ’91 as the recipients of this year’s William F. Glaser ’53 Rensselaer Entrepreneur of the Year,” said Thomas Begley, dean of the Lally School.  “Rensselaer students and graduates are known as creative problem-solvers prepared to tackle 21st century challenges. This year, we celebrate the Mimeo founders, who like past winners of the award, are business leaders who have a passion for innovation. We are also grateful to Bill Glaser for his ongoing support and belief in the positive impact entrepreneurship can have on the world."

Delbridge is a founding team member and serves as chief executive officer of Mimeo. Prior to becoming CEO, Delbridge had served in various roles, including CFO, and was instrumental in raising more than $80 million in capital from both financial and strategic investors. Outside of Mimeo, Delbridge serves on the board of directors of Venture for America, a fellowship program that places top college graduates in startups in low-cost U.S. cities to generate job growth and train the next generation of entrepreneurs. He received a bachelor’s degree in industrial and management engineering from Rensselaer and a MBA from the Stern School of Business at New York University.

Stewart is a serial entrepreneur and co-founder of Mimeo. Over the last 15 years, he has started more than a half-dozen technology companies that span across four continents and employ over 1,000 people.

Presently, Stewart serves as chief executive officer of Lenddo, “the world’s first online community that empowers the emerging class to use their online social connections to build their creditworthiness and access local financial services.” The company recently received the 2014 Technology Pioneer award from the World Economic Forum. Stewart earned a bachelor’s degree in business management with a concentration in entrepreneurship from Rensselaer.

Uyttendaele is co-founder, and chief technology officer at Mimeo. As CTO, he leads product vision, invention, and technology architecture. Prior to Mimeo, Uyttendaele and Stewart co-founded Square Earth, a first-generation Internet consulting firm that was later sold to Proxicom. The merged entity went on to complete an IPO in 1999. He received a bachelor’s degree in electrical engineering from Rensselaer.

“We are honored to be recognized by Rensselaer,” said Delbridge. “Mimeo demonstrates how in today’s environment a great education, entrepreneurship and long-lasting relationships are a proven formula on which to build a business.”

“Mimeo brings extraordinary and relevant business solutions to issues surrounding cost, productivity, and time management, and reflects the intersection of technical, creative, and business approaches,” said Jason Kuruzovich, associate professor and director of the Severino Center. “It’s these skill sets and critical thinking that we try to instill in our student entrepreneurs at Rensselaer, and the reason why many of our alumni/ae become successful entrepreneurs.”

Today, the William F. Glaser ’53 Rensselaer Entrepreneur of the Year Award has become part of a tradition at Rensselaer. Each year, the award celebrates entrepreneurs whose vision, commitment, and creativity exemplify the entrepreneurial spirit that is part of the past, present, and future of Rensselaer.

“A lot of things have to work for an entrepreneurial venture to change the world,” said Stewart. “At the foundation, it is technology; Rensselaer is a great place to build an appreciation for the power and workings of technology.”

“Jeff, John, and I were very lucky to become friends. We had little overlap in classes and it is our complementary skill set combining management, operations, and engineering that positioned us for success,” Uyttendaele said.

For more information regarding the 2014 William F. Glaser ’53 Rensselaer Entrepreneurs of the Year Award and to RSVP, visit: http://lallyschool.rpi.edu/centers/severino/eoy.html