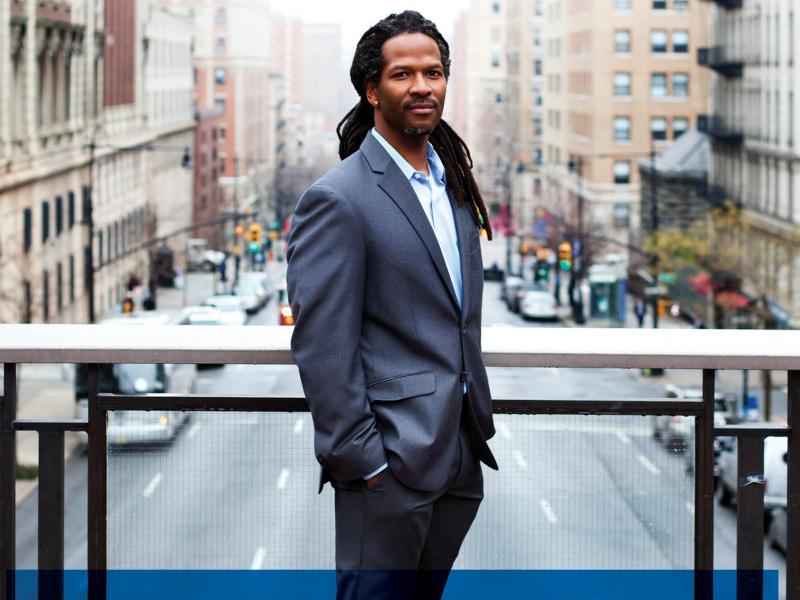 Anatomy of a Product Placement
Rensselaer Announces Institute for Data, Artificial Intelligence, and Computing
Computer Culture Emerged in Canada Through Convergence of Unique History and Governmental Policies
New Theory of Decision-Making Seeks To Explain Why Humans Don’t Make Optimal Choices
Why Do We Experience FOMO?
September 11, 2014

Troy, N.Y. – A national expert on the legal, medical, and social implications of U.S. drug policy and the author of an acclaimed scientific memoir on the subject, Carl Hart, will speak at Rensselaer Polytechnic Institute Sept. 30.

The lecture is scheduled to begin at 4 p.m. Tuesday, Sept. 30, at the Curtis R. Priem Experimental Media and Performing Arts Center (EMPAC) and is free and open to the public.

Hart, an associate professor of clinical neurobiology at Columbia University and the university’s first African-American tenured professor in the sciences, is the author of the scientific memoir “High Price: A Neuroscientist’s Journey of Self-Discovery That Challenges Everything You Know about Drugs and Society.” The 2013 book, which draws on his academic research as well as his youth in an impoverished neighborhood of Miami, was awarded the PEN/E. O. Wilson Literary Science Writing Award.

In their citation of his work, the PEN/E. O. Wilson Literary Science Writing Award judges’ panel praised Hart’s use of both research and personal experience in his writing: “Dr. Hart’s unflinching view of his past, along with his rigorous academic inquiry, make for a document of innovative thinking and profound humanity. Written with clarity, honesty, and courage, High Price offers a compelling argument to reconsider this country’s policies on drug use, which have proved so ineffective not only from a legal standpoint, but from a medical and social perspective as well.”

Nancy Campbell, a professor of science and technology studies in the School of Humanities, Arts, and Social Sciences (HASS) at Rensselaer, teaches a course titled Public Health and the War on Drugs, part of a suite of first-year HASS Inquiry courses that includes Social Problems and ‘The Wire,’ Justice and Media, and Are Humans Rational?

“In the HASS Inquiry courses, we explore the grandest challenge of all—the persistence of social inequality within a democratic society,” Campbell said. “I am excited to have our students hear from Dr. Hart, a neuroscientist who grounds his scientific work in everyday realities and who is unafraid to advocate on behalf of the vulnerable. He embodies the counterintuitive thinking on race, poverty, and drugs that will be the subject of his lecture.”

The Hart lecture is the first of two HASS Inquiry lectures planned for the fall semester. The entire freshman class will attend the lecture, which is supported by the School of Humanities, Arts, and Social Sciences (HASS) and the Vollmer Fries Lecture Series.

The new HASS Inquiry curriculum brings together first-year students from all five schools within Rensselaer for an intensive set of courses designed to make them think about their roles as global citizens in a global community as they embark on their Rensselaer education. Some of the topics covered by the courses include the human capacity for rationality, cultural display, and the role of representation in venues ranging from the 1963/64 World’s Fair to the acclaimed HBO series, The Wire.

“The HASS Inquiry courses take advantage of the incredible academic diversity among the HASS faculty to create an innovative pedagogy that introduces first-year students to a research-based, interdisciplinary way of considering questions as complex as ‘what are the implications of U.S. drug policy?’ By challenging first-year students in this way, we are shaping the way they will approach the rest of their education at Rensselaer and their life after Rensselaer,” said Mary Simoni, dean of HASS.

The Vollmer Fries Lecture Series was established by Vollmer Fries, who graduated from Rensselaer in 1924 with a degree in electrical engineering. He led several manufacturing companies and served his country during World War II, serving as deputy chief of the War Production Board. In 1950, Fries became a member of the Rensselaer Board of Trustees.