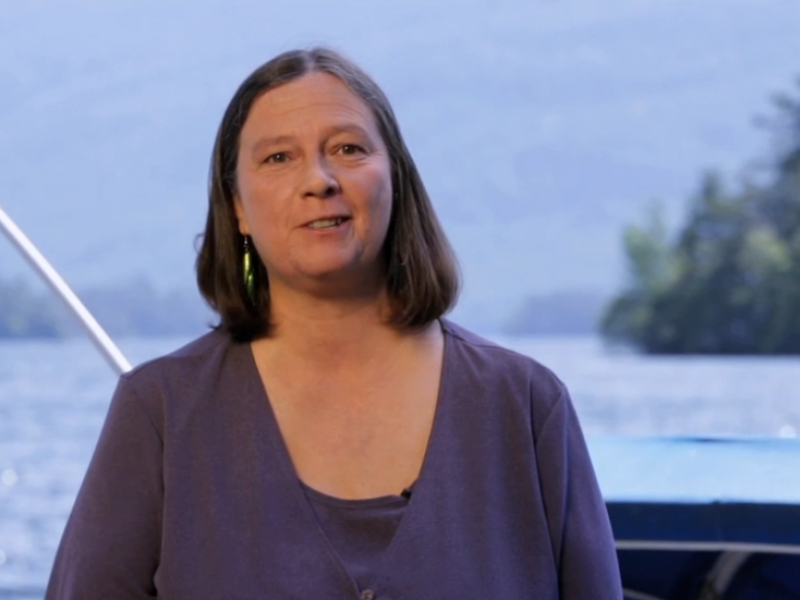 Troy, N.Y. – Rensselaer Polytechnic Institute biologist Sandra Nierzwicki-Bauer was recently honored by The FUND for Lake George with the James D. Corbett award for her work on a committee tasked with preventing the introduction of invasive plant and animal species into Lake George.

Nierzwicki-Bauer, a professor of biology and director of the Darrin Fresh Water Institute, was one of 10 founding members of the Stop Aquatic Invasives from Entering Lake George Partnership (S.A.V.E.). The coalition included local stakeholders like politicians and nonprofit leaders. Nierzwicki-Bauer was the only scientist on the committee.

With Nierzwicki-Bauer’s guidance as a biologist who has studied the Lake George ecosystem for decades, the committee first worked to convey to local stakeholders the negative impacts invasive species could have on the lake in terms of its ecosystem, as well as tourism and the regional economy. Then they developed a plan to prevent their introduction into the lake by launching mandatory inspection stations for boats. Beginning this year, every boat entering Lake George is inspected for invasive species and, if necessary, decontaminated.

“What I see as being really important about S.A.V.E. is the way the committee, led by The FUND for Lake George, brought together different stakeholders to make this happen,” Nierzwicki-Bauer said. “My role on this committee was to ensure we made decisions based on our understanding of the latest science.”

The mandatory boat inspection program is the first of its kind in a body of water east of the Mississippi River.

Nierzwicki-Bauer’s work with Lake George continues as director of the Darrin Fresh Water Institute – Bolton Landing and through the Jefferson Project. The Jefferson Project is a groundbreaking collaboration between Rensselaer, The FUND for Lake George, and IBM, that began in 2013 and will generate, and interpret, massive amounts of data about the lake that will help guide preservation decisions. Nierzwicki-Bauer also co-authored a paper recently released by Rensselaer and The FUND for Lake George analyzing 30 years worth of data collected on Lake George and identifying threats to the lake’s ecosystem.