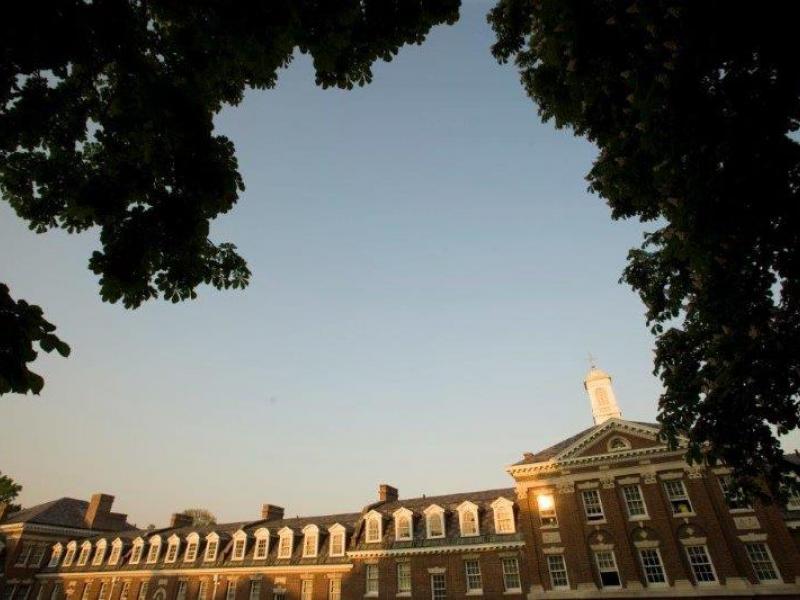 Troy, N.Y. — William C. Dudley, president and chief executive officer of the Federal Reserve Bank of New York, will give a talk titled “The National and Regional Economy” to students, faculty, and staff at Rensselaer Polytechnic Institute on October 7.  The talk is a part of Dudley’s upcoming visit to Albany, and will include a discussion of the national and regional economies, opportunities for growth, and the bank’s recent research on higher education.

The program, co-hosted by the Lally School of Management and the Department of Economics within the School of Humanities, Arts, and Social Sciences at Rensselaer, will take place from 3 to 4 p.m. on Tuesday, Oct. 7, on the Rensselaer campus, in the Center for Biotechnology and Interdisciplinary Studies auditorium.

“We are pleased to have such a distinguished economist as William Dudley visit Rensselaer to lead a dialogue about the economy with our students, faculty, and staff,” said Thomas Begley, dean of the Lally School. “Visits by extraordinary leaders like William Dudley serve as an ideal way to connect our students with individuals who are working on the frontiers of business, entrepreneurship, and technology. Most important, as we prepare our students for the future, creating opportunities to discuss problems and explore solutions to today’s global challenges can lead to greater vision and deeper understanding.”

“Bringing a prominent monetary policy maker of William Dudley’s stature to the Rensselaer campus will be an enriching and stimulating learning experience for students studying economics and management at the undergraduate and graduate levels,” said Shawn Kantor, professor and head of the Department of Economics at Rensselaer.

In January 2009, Dudley became the 10th president and chief executive officer of the Federal Reserve Bank of New York. He also serves as the vice chairman and a permanent member of the Federal Open Market Committee (FOMC), the group responsible for formulating the nation’s monetary policy.

Previously, Dudley served as executive vice president of the Markets Group at the New York Fed, where he also managed the System Open Market Account for the FOMC. The Markets Group oversees domestic open market and foreign exchange trading operations and the provisions of account services to foreign central banks.

Prior to joining the Bank in 2007, Dudley was a partner and managing director at Goldman, Sachs & Company and was the firm’s chief U.S. economist for a decade. Prior to joining Goldman Sachs in 1986, he was a vice president at the former Morgan Guaranty Trust Company. Dudley was an economist at the Federal Reserve Board from 1981 to 1983.

Founded in 1824, Rensselaer was the first technological research university in the English-speaking world. For nearly two centuries, the Institute has been a driving force behind breakthroughs in engineering and science in virtually every arena—from transportation and infrastructure to business, medicine, outer space, and cyberspace.

Rensselaer President Shirley Ann Jackson says  a new way of working and learning is needed for success in this data-driven, computationally powered, globally networked era, and a transformation is underway at Rensselaer to do just that. The “New Polytechnic” – requires  collaborating across disciplines and sectors and regions to harness the power of these tools and technologies to address the key intersecting challenges and opportunities of our time: in energy security, health, food, water, and national security, as well as the linked challenges of climate change and allocation of scarce resources so critical to our future.

In the “New Polytechnic,” universities must collaborate more effectively with businesses and governments to link the capabilities of advanced information technologies, communications, and networking – to the life sciences, and the physical, materials, environmental, social, cognitive, and computational sciences. Students must acquire new skills for today’s digitally interconnected environment, including the ability to “translate” between and among disciplines and sectors. Students also must learn to operate effectively and ethically in virtual communities, immersive environments, and in blended worlds.

“The business school at Rensselaer, today proudly known as the Lally School of Management, is 50 years old,” Begley said. “The celebration of the 50th anniversary of the Lally School is part of an ongoing effort to highlight how the world has been transformed by the achievements of the Rensselaer community – past and present – as a bridge to the bicentennial of Rensselaer Polytechnic Institute in 2024. Significant milestones give us pause to reflect on what has transpired previously, to acknowledge accomplishments, and to look ahead to the future.”

For more information about the Rensselaer Lally School of Management, visit: http://lallyschool.rpi.edu/.

For more information about the Rensselaer Department of Economics, visit http://www.economics.rpi.edu/.

We encourage all press to RSVP for this event by contacting: Jessica Otitigbe at (518) 276-6050 or via email at otitij@rpi.edu. Copies of Mr. Dudley’s speech will be available on the day of the event.