Meet Her at the Fair: Rensselaer Professor Edits Anthology of World’s Fair Scholarship 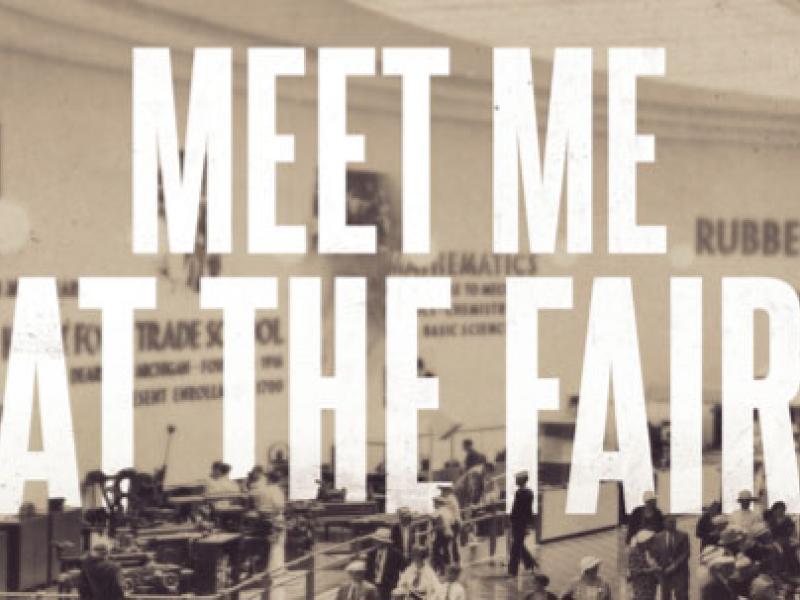 Meet Her at the Fair: Rensselaer Professor Edits Anthology of World’s Fair Scholarship

Troy, N.Y. – Since the first World’s Fair was held in London in 1851, the international events have served as a venue for host countries to showcase their technological innovation, political might, and best designers, architecture, art, and food – a diverse representation of how the countries saw themselves. World’s Fairs have changed in their focus since the 19th century – a fair scheduled to be held in Milan in 2015 will focus on sustainability – but their inherent diversity remains a constant.

Rebecca Rouse, an assistant professor of communication and media in the School of Humanities, Arts, and Social Sciences (HASS) at Rensselaer Polytechnic Institute, found that the available scholarship on World’s Fairs was much less diverse than the fairs themselves.

“World’s Fairs are a huge spectacle and a fascinating microcosm — they have technology, design, architecture, politics, culinary delights, theme park rides — they’re interdisciplinary. The scholarship on fairs didn’t reflect that interdisciplinary tradition, however,” Rouse said. “Most of the scholarship has been straight-up history, architecture, or cultural studies perspectives on topics like colonialism and imperialism.”

The book they ended up with, Meet Me At The Fair: A World’s Fair Reader is a diverse collection of essays by more than 40 authors that cut across fields including academia, museums, design, anthropology, entertainment, and architecture.

Rouse and her co-editors—Laura Hollengreen, an associate professor of architecture at Georgia Institute of Technology; Bobby Schweizer, a visiting assistant professor of digital media at Georgia Institute of Technology; and Celia Pearce, an associate professor of game design at Northeastern University—published the book through the Carnegie Mellon University ETC Press. In keeping with the publisher’s ethos of making scholarship available to a wide audience, a .pdf version of the book is available as a free download. A hard copy of the book is also available from ETC Press.

Meet Me At The Fair: A World’s Fair Reader includes a preface by Robert Rydell, a Montana State University history professor who is a leading scholar on World’s Fair history.

The book’s epilogue is an essay written by Isaac Asimov and originally published by The New York Times in 1964 – the year of the second World’s Fair in Queens, N.Y. – in which the author imagines what a World’s Fair will look like in 2014.

The book is among the texts Rouse and fellow Rensselaer professor and acting head of communication and media Tamar Gordon are using to teach a new course on World’s Fairs – Worlds on Display – as part of the new HASS Inquiry series of courses for first-year students.

The new HASS Inquiry curriculum brings together first-year students from all five schools within Rensselaer for an intensive set of courses designed to make them think about their roles as global citizens in a global community as they embark on their Rensselaer education. Some of the topics covered by the courses include the human capacity for rationality, cultural display, and the role of representation in the acclaimed HBO series, The Wire.

The students in Rouse and Gordon’s course are studying World’s Fairs throughout history from a variety of vantage points including their role within landscapes of power and empire, the ways people were represented at fairs, futurism at the fair, and how race, class, and gender affected who had a role as a designer or attendee of the fairs.

At the end of the course, students will design and host their own fair at the Curtis R. Priem Experimental Media and Performing Arts Center (EMPAC) for which they’ll design exhibits and give short presentations on topics related to the coursework. The student fairs are free and open to the public and will be held on Nov. 18 and 25.

Rouse and Gordon are also collaborating with professor Marc Destefano in the Department of Cognitive Science and doctoral student Kate Tyrol in the Department of Science and Technology Studies to design an augmented reality app to gather and showcase historical artifacts and memories related to the World’s Fair held in Queens in 1964. Their vision for the app is to allow visitors to the World’s Fair site in Flushing Meadows Park see what the area looked like in 1964 by using augmented reality overlays. The team is also working with Laurie Walters from the University of Central Florida’s Institute for Simulation and Training, who has already created scale models of many of the fair buildings, to refine a prototype of the World’s Fair app.