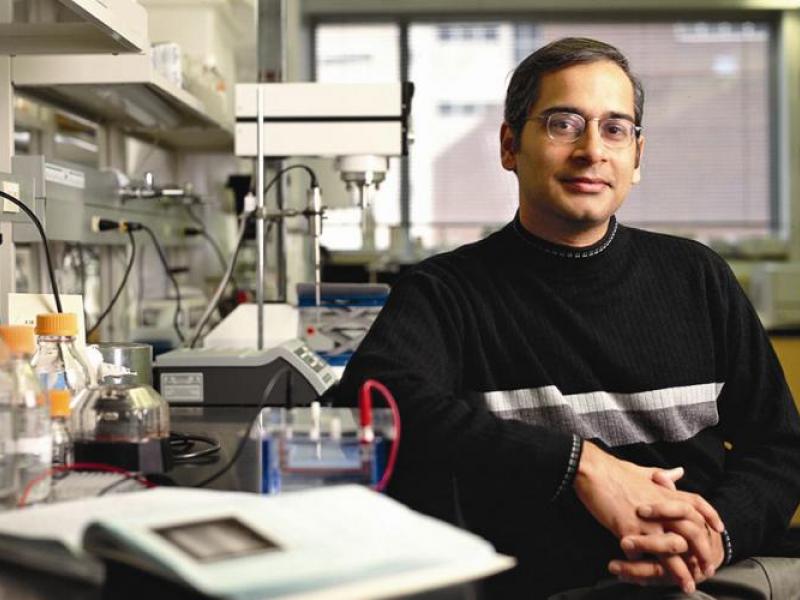 “Dr. Kane is an internationally respected scholar known for interdisciplinary research, an award- winning educator, and an exceptional mentor. We are delighted to have him lead CBE as the department head,” said Shekhar Garde, dean of the School of Engineering at Rensselaer. “Ravi’s vision, leadership, and intellect will be vital for the continuing transformation of CBE, as the department grows its faculty, students, and global reputation for excellence in education and research.”

CBE is home to more than 350 undergraduate and nearly 100 doctoral students and postdoctoral fellows. Faculty and students work at the interface of fundamental sciences and engineering to solve some of the most critical problems facing humanity, including energy, sustainability, human health, and water security. They tackle topics ranging from advancing artificial pancreas technology for people with Type I diabetes, to understanding the behavior of bacteria in the microgravity of space, to using protein engineering, nanotechnology, and other tools to fight cancer, Alzheimer’s, and Parkinson’s disease.

Kane received his bachelor’s degree from Stanford University, and his master’s and doctoral degrees from Massachusetts Institute of Technology, all in chemical engineering. He joined the Rensselaer faculty in 2001, following a postdoctoral fellowship at Harvard University. He was promoted to associate professor in 2006, full professor in 2007, and named the P.K. Lashmet Professor in 2008.

His research interests are at the interface of biotechnology and nanotechnology. With students and postdoctoral researchers in his group, Kane designs nanoscale polyvalent therapeutics and works on the molecular engineering of biosurfaces and nanostructures. His group has helped develop powerful new inhibitors of anthrax toxin, coatings that kill pathogenic bacteria on contact without the use of antibiotics, and new optogenetic techniques that use light to manipulate cells.

Kane is the author or co-author of more than 120 journal papers, and he has been widely recognized for his high-impact work. In 2004, he was recognized by MIT Technology Review as one of the world’s top 100 young innovators, and in 2008 received a Young Investigator Award from the American Institute of Chemical Engineers (AIChE) Nanoscale Science and Engineering Forum. In 2009, he received a Young Investigator Award from the American Chemical Society (ACS) Biochemical Technology Division. In 2013, Kane was elected a fellow of the American Institute for Medical and Biological Engineering (AIMBE). Earlier this year, he won the Biotechnology Progress Award for Excellence in Biological Engineering Publication (2014).

This year, CBE is celebrating the 100th anniversary of chemical engineering at Rensselaer. To honor a century of impact and accomplishments, and to look ahead at the challenges on the horizon, CBE will host a year-long series of events, meetings, and seminars.

The CBE centennial anniversary is part of a series of celebrations marking the bridge to Rensselaer Polytechnic Institute’s bicentennial in 2024. The achievements of Rensselaer people – past and present – will be celebrated and important milestones highlighted as Rensselaer approaches its 200th year.