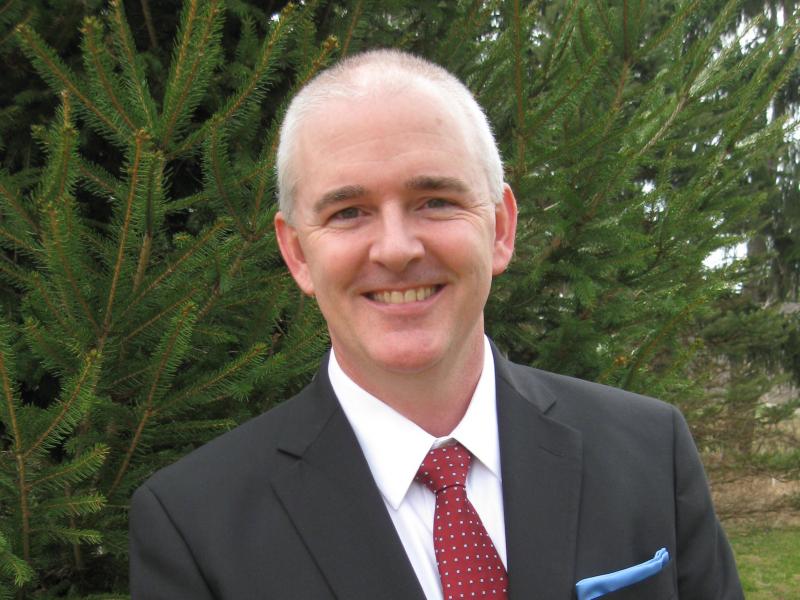 Space travel is heating up—and so are rocket fuel emissions. These companies are developing cleaner alternatives to protect earth first
Why Do Fossil Fuels Have So Much Carbon Stored in Them?
Rensselaer Creates Course Program Focused on Training in Micro and Nanofabrication Cleanroom Technology
Rensselaer Researcher Awarded NASA Space Biology Grant for Work Focused on Spaceflight Stressors
Moveable Robotic Platform Could Be the Future of Retail
October 17, 2014

Troy, N.Y. – Rick Relyea, a world-renowned aquatic ecologist, has been named the director of the Jefferson Project at Lake George for Rensselaer Polytechnic Institute. Relyea has also been appointed the David M. Darrin ’40 Senior Endowed Chair in the Department of Biological Sciences.

The Jefferson Project is a groundbreaking partnership between Rensselaer, IBM, and The FUND for Lake George. Relyea will lead a team of Rensselaer scientists, engineers, computer scientists, and other experts as they work with technology IBM is adapting and inventing for the project and the resources of the FUND, a nonprofit advocacy group, to embark on an intensive study of Lake George.

“I am delighted to be a part of a world-class project that is going to accomplish what no other lake study has accomplished before,” Relyea said. “We will understand how a lake works and how humans impact the lake with a level of detail that was just not previously imaginable in terms of the amount of data collected and the modeling of those data.”

Launched in June 2013, the Jefferson Project is well underway. Over the summer, bathymetric studies of the lake were completed to map the lake floor. This month, the first smart sensors created by IBM were put into the lake to begin collecting data. Also this month, a leading-edge data visualization laboratory opened at the Margaret A. and David M. Darrin ’40 Fresh Water Institute (DFWI) on Lake George.

Relyea joins Rensselaer from the University of Pittsburgh, where he worked for 15 years as a professor and for the past seven as the director of an ecological research center. His research focuses on asking broad questions about how aquatic food webs function and how they are impacted by contaminants like pesticides.

“The expertise Rick Relyea brings to the Jefferson Project will be invaluable as he shepherds this unprecedented research endeavor to continued progress,” said Jonathan Dordick, vice president for research at Rensselaer and Howard P. Isermann Professor of Chemical and Biological Engineering. “As the project’s director, Rick will lead the diverse team of experts assembled by the three partners in using immense amounts of data, state-of-the-art technology, and an interdisciplinary approach to develop a deep understanding of Lake George and the myriad factors that affect its ecosystem.”

The Jefferson Project is asking big questions about Lake George, the answers to which will be applicable to lakes around the world. “We’re asking how the regional weather, the run-off of water from the surrounding land, the circulation of the lake, and the food web of the lake all come together to affect the Lake George ecosystem. Each of these environmental systems is extremely complex, so we will learn not only how each system works individually, but also how they work together. That is an enormously complicated challenge, but we’re going to solve it, ” Relyea said. “In addition, we will examine how current human impacts – including contaminants and introduced species – have affected Lake George. We’ll also predict the effects of human activities that may occur in the future.”

The Jefferson Project’s impact will reach far beyond the shores of Lake George. “This is a global-impact project that just happens to be located in Lake George. What we’re doing here – the approach we’re taking and the discoveries we’ll be making – will serve a model for lakes around the world,” Relyea said.

In addition to collecting and analyzing massive amounts of data about the lake using computerized sensors, Relyea will lead Rensselaer researchers in conducting numerous experiments to understand the underlying mechanisms by which human activities are altering the lake.

“I think the most exciting possibility is that we’ll have new emergent discoveries because of the tremendous amount of data we’ll be collecting and analyzing. When you have large amounts of data, the ability to analyze it at a scale that few research endeavors have attempted before, you may very well discover things that people weren’t even looking for,” Relyea said.