Bach And Beyond: Arts Professor Michael Century To Perform At EMPAC Nov. 6 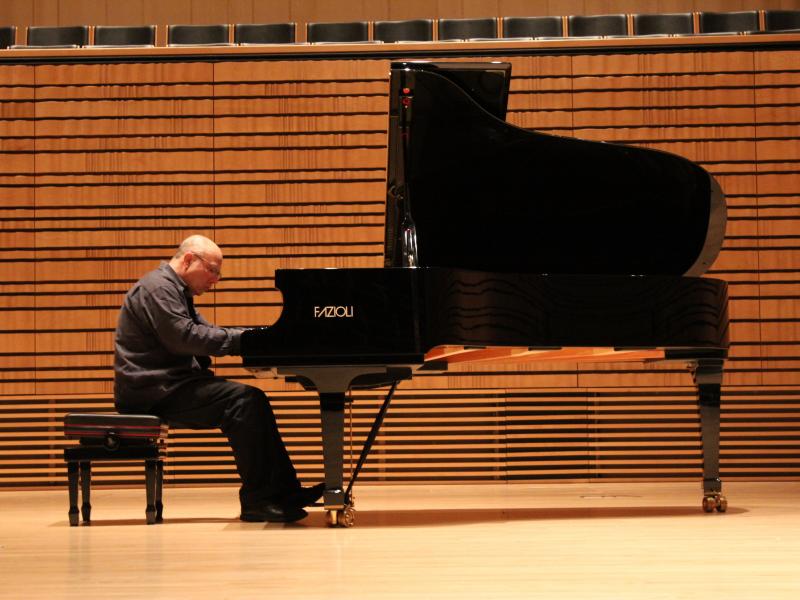 EMPAC is back in-person
EMPAC Re-Opens to Public with Ambitious Fall Season of World Premieres, Award-Winning Original Films, and Artists’ Talks
Men in Same-Sex Couples Suffer Earnings Decline When Preventative HIV-Medicine Is Available
Stress, not laziness, is behind procrastination. Here are 3 ways to ‘retrain your brain’
Why reality TV loves an island
October 20, 2014

Bach And Beyond: Arts Professor Michael Century To Perform At EMPAC Nov. 6

Century will perform Johann Sebastian Bach on piano and then perform seminal 20th century music on both piano and accordion.

The concert will present a broad vista of the keyboard music of Bach — the French Overture and three selections from Bach’s 48 preludes and fugues in the Well Tempered Keyboard — in counterpoint to an unusual selection of compositions by four of the leading voices in creative music from the mid-20th century — Terry Riley, Karlheinz Stockhausen, John Cage, and Morton Feldman.

“I see Bach not as a remote, if revered, figure from our classical past, but as very much ‘alive’ and our contemporary,” Century said. “The emphasis on classical pieces by Bach alongside more recent experimental music is a personal homecoming, of sorts. I've been performing Bach keyboard music for 40 years, and arranging this program to include a spectrum of music from my own time has happily allowed me to rediscover the earlier masterworks in a fresh way”.

Century is a professor of new media and music in the Department of the Arts in the School of Humanities, Arts, and Social Sciences at Rensselaer. He teaches a variety of courses in media art history and theory, and music history. For further information about the program see www.michaelcentury.com.