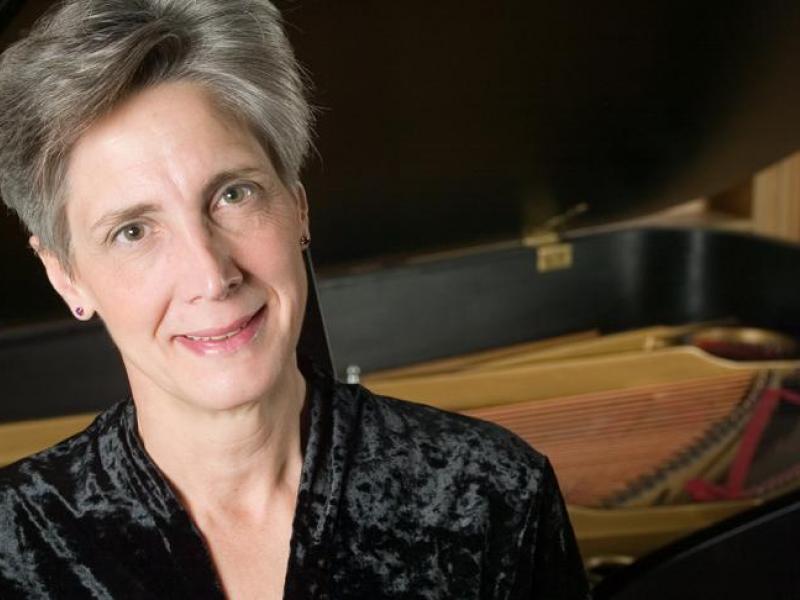 EMPAC is back in-person
EMPAC Re-Opens to Public with Ambitious Fall Season of World Premieres, Award-Winning Original Films, and Artists’ Talks
Men in Same-Sex Couples Suffer Earnings Decline When Preventative HIV-Medicine Is Available
Stress, not laziness, is behind procrastination. Here are 3 ways to ‘retrain your brain’
Why reality TV loves an island
October 30, 2014

Troy, N.Y. – Mary Simoni, dean of the School of Humanities, Arts, and Social Sciences (HASS) at Rensselaer Polytechnic Institute, has been named a semi-finalist for the prestigious American Prize in Chamber Music for her composition Piano Trio scored for violin, cello, and piano with electronics.

Simoni, an accomplished pianist and expert in algorithmic composition, adapted a new piece of technology – the Hot Hand – for her winning composition. The technology, originally designed as a ring and adapted by Simoni into a bracelet, tracks the movement of the violinist’s and cellist’s bow arm and wirelessly transmits the motion data to a computer. Computer programs analyze the data and synthesize a sonic signature that corresponds to the speed and angle of the wrist as the musician moves the bow across the strings.

“Bow movement plays a critical role in shaping the timbre of a string instrument,” Simoni said. “By capturing the subtle artistry of a performer’s bow, I am able to magnify the bow movement and stretch the listener’s sonic experience of these instruments.”

Simoni placed small microphones on each of the instruments’ strings. Each microphone’s output was sent to its own computer so that the analysis of the bow trajectory could synthesize new sounds in near real-time. The computer program mixes the unaltered and synthesized sounds resulting in music that is at once familiar and ethereal. “Using the technology in this way allows one violinist to sound like a violin section from another world,” Simoni said.

The Hot Hands technology was invented by one of Simoni’s former students; Simoni used just the second and third such devices ever created when composing the Piano Trio.

Piano Trio’s three movements play on the expressivity of the human hand and the Hot Hands technology by juxtaposing rhythmic groupings of four and five with quartal and quintal harmonies.

The American Prize, founded in 2009, is a series of nonprofit national competitions designed to recognize and reward the very best in the performing arts in the United States at amateur and professional levels.

Simoni has served as dean of HASS since 2011. Prior to joining Rensselaer, she served as associate dean of the University of Michigan School of Music, Theatre, and Dance. Simoni is the author of three books on music composition, most recently, Algorithmic Composition—A Guide to Composing Music with Nyquist.