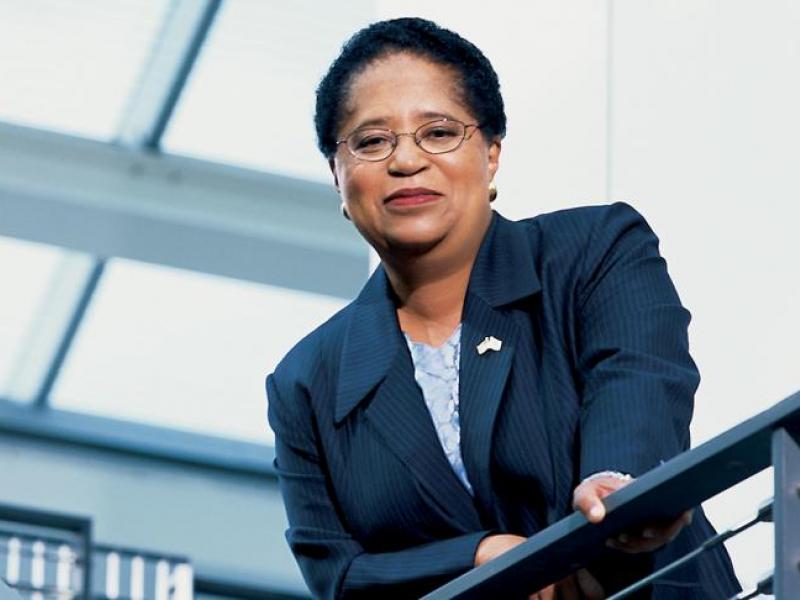 “As we have seen at Rensselaer and throughout the country, there is enormous potential to expand the U.S. manufacturing base, but it will require targeted investments and key collaborations among industry, academia, and government. The initiatives President Obama announced this week to harness the capacity of new technologies, integrate those technologies into the manufacturing sector, and foster a high-skills manufacturing workforce are essential ingredients to strengthen and expand the U.S. advanced manufacturing innovation ecosystem,” President Jackson said.

In addition, four Rensselaer experts were involved in developing recommendations in the report, including: robotics and control systems expert John T. Wen, head of the Department of Industrial and Systems Engineering; Vice President for Research Jonathan S. Dordick, the Howard P. Isermann Professor of Chemical and Biological Engineering and an expert in biomanufacturing; Deborah Altenburg, Director of Federal Relations; and Craig Dory, Director of Business Development of the Center for Automation Technologies and Systems.

President Obama created the AMP in 2011 to help revitalize the national manufacturing sector, create high-quality manufacturing jobs, and enhance America’s global competitiveness. In 2013, he appointed President Jackson and 18 others to the AMP 2.0 Steering Committee. Comprised of leaders from industry, academia, and labor, the AMP 2.0 Steering Committee was charged with implementing the initial Steering Committee’s recommendations, as well as identifying new strategies for securing the nation’s competitive advantage in transformative early-stage technologies.

The AMP 2.0 Steering Committee functions as a working group of the President’s Council of Advisors on Science and Technology (PCAST), of which President Jackson was a member. In addition to being a member of PCAST from 2009 to September 2014, she co-chaired the President’s Innovation and Technology Advisory Committee (PITAC). In that role, in 2011 she co-authored a report to President Obama offering an overarching strategy for revitalizing the leadership of the nation in manufacturing.

Founded in 1824, Rensselaer Polytechnic Institute is the oldest technological research university in the United States. As it approaches its bicentennial anniversary, the Institute continues to define The New Polytechnic, a new paradigm for teaching, learning, and research that uses advanced technologies to enable fresh collaborations across disciplines, sectors, and regions, in order to answer the global challenges of our day. See more at www.rpi.edu.