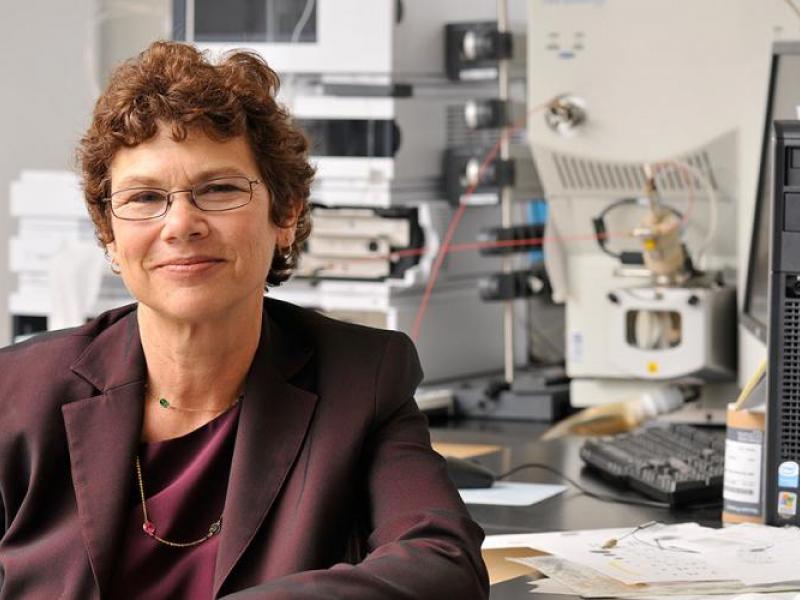 Troy, N.Y. – Francine Berman, the Edward P. Hamilton Distinguished Professor in Computer Science at Rensselaer Polytechnic Institute and chair of the U.S. branch of the Research Data Alliance, has been elected to the Board of Trustees of the Alfred P. Sloan Foundation.

The Alfred P. Sloan Foundation is a philanthropic, not-for-profit grant-making institution based in New York City. Established in 1934 by Alfred Pritchard Sloan Jr., then president and chief executive officer of the General Motors Corporation, the foundation makes grants in support of original research and broad-based education in science, technology, engineering, mathematics, and economics.

“This is an exciting opportunity to serve on the board of a foundation that has been a leader in recognizing key areas for innovation and promoting pioneering work within the research community,” Berman said. “I am honored to join the Sloan Foundation’s Board of Trustees and look forward to contributing to its long trajectory of support for science and scientists.”

Berman’s career has been shaped by an early recognition of the potential for information technology to radically transform and accelerate scientific research and of the pressing need for investments in digital information and computing infrastructure. As director of the San Diego Supercomputer Center from 2001 to 2009 she led an interdisciplinary staff of more than 250 scientists, engineers, and technologists in the execution of an ambitious, coordinated research and infrastructure agenda. She has served in numerous government and non-governmental technology initiatives, including the Networking and Information Technology Research and Development Working Group of the President’s Council of Advisors on Science and Technology, the National Academies Board on Research Data and Information, the National Science Foundation’s Advisory Committee for the Directorate of Computer and Information Science and Engineering, and the Advisory Committee of the National Institute of General Medical Sciences at the National Institutes of Health. From 2009 to 2012, she served as the vice president for research at Rensselaer Polytechnic Institute.

Berman a fellow of the Association for Computing Machinery, the American Association for the Advancement of Science, and the Institute of Electrical and Electronics Engineers, as well as chair of the board at the Anita Borg Institute and co-chair of the advisory committee for the Computer and Information Science and Engineering Directorate at the National Science Foundation. She received a B.A. in mathematics from the University of California, Los Angeles, and a Ph.D. in mathematics from the University of Washington.