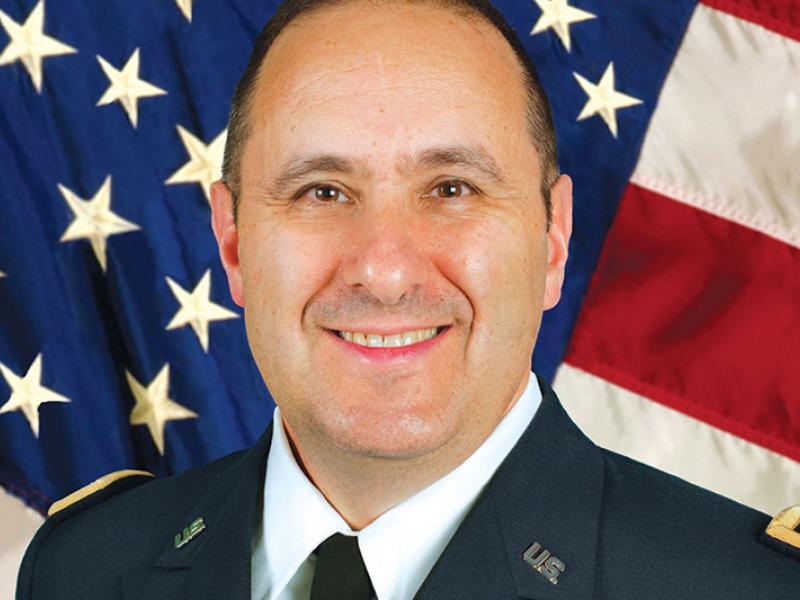 The Office of Alumni Relations at Rensselaer will unveil a plaque in honor of Major General Harold Joseph Greene, a member of the Rensselaer Class of 1980, who was killed in Afghanistan in August 2014 during a routine visit to a British military base near Kabul.

Rensselaer honors the life of a decorated soldier, patriot, and friend

Troy, N.Y. — Members of the Rensselaer Polytechnic Institute campus community will join in a celebration of the life of a patriot, soldier, and friend of Rensselaer. On Friday, Feb. 13, the Office of Alumni Relations will unveil a plaque in honor of Major General Harold Joseph Greene, a member of the Rensselaer Class of 1980, who was killed in Afghanistan in August 2014 during a routine visit to a British military base near Kabul.

Members of Major General Greene’s family, along with close friends from his college days at Rensselaer and from Guilderland High School, will join in the ceremony, which will be held on the Rensselaer Troy campus at the Heffner Alumni House, at 4 p.m.

“A leader, a thinker, and a person of action, he exemplifies the type of outstanding individual that we challenge all Rensselaer students to aspire to become.

As a decorated soldier and patriot, he protected and defended our country and citizens with dignity, honor, and excellence.

His service and ultimate sacrifice will never be forgotten.”

After graduating from Rensselaer, he received his commission as an engineer, and went on to rise to the rank of two-star general. He was highly decorated for his many accomplishments and successes. In his latest assignment, his responsibilities included providing acquisition oversight of Army systems and acquisition reform initiatives for the Army Acquisition Executive. Before that, he led the organization responsible for research, development, acquisition, and life cycle management of the Army intelligence, electronic warfare and sensor systems.

Major General Greene returned to the Rensselaer campus for the 2010 opening of the Social Cognitive Networks Academic Research Center. In 2013, he was the Guest of Honor at the 62nd annual Joint Services Military Ball of the New York Capital District Reserve Officer Training Corps (ROTC) in Cohoes, at which many Rensselaer students were in attendance and benefited from his insight, experience, and humor.

In reflecting on remarks that he will share during the ceremony, John Kolb ’79, vice president for information services

and technology and chief information officer at Rensselaer, noted that he “is honored to share in this tribute to one of Rensselaer’s most admirable alumni, Major General Harold Joseph Greene, of the Class of 1980.

Kolb also noted that “in discussions with President Jackson, she has said that, Major General Greene was the quintessential Rensselaer graduate: an embodiment of the values that Rensselaer has always sought to instill in its students.”