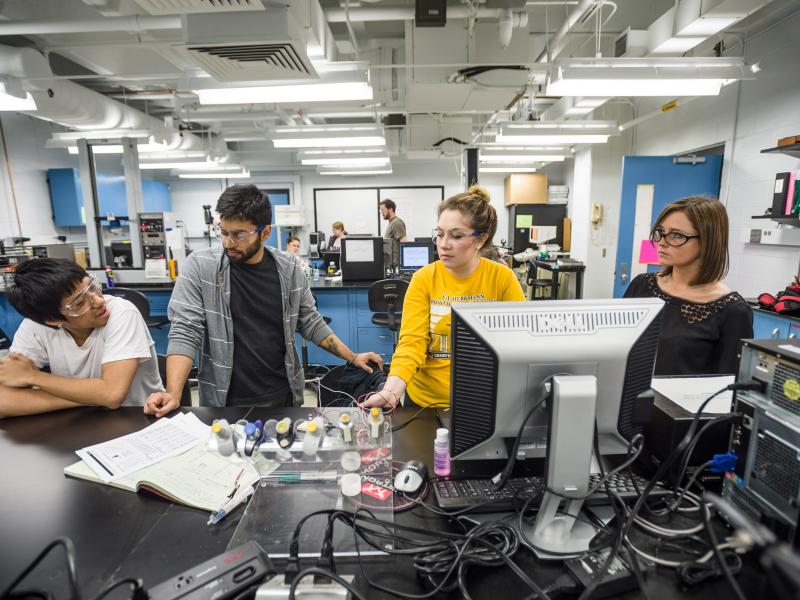 Rensselaer Polytechnic Institute continues to rank among the nation’s top schools for engineering, according to this year’s list of Best Graduate Engineering Programs by U.S. News & World Report.

The graduate school ranking is the latest recognition of the Institute’s long-held reputation as one of the nation’s top universities. Last year, U.S. News ranked Rensselaer as 38th among national research universities, and its undergraduate engineering program was ranked 31st.

Rensselaer is home to 5,557 undergraduate students and 1,204 graduate students on the Troy, New York, and Hartford, Connecticut campuses. In addition to Engineering, the university offers more than 145 programs at the bachelor’s, master’s, and doctoral levels in the schools of Science; Architecture; Humanities, Arts, and Social Sciences; and the Lally School of Management; as well as an interdisciplinary degree in Information Technology and Web Science.

Founded in 1824, Rensselaer is the oldest technological university in the English-speaking world. For nearly two centuries, the Institute has been a driving force behind breakthroughs in engineering and science in virtually every arena – from transportation and infrastructure to business, medicine, outer space, and cyberspace.

The “Best Graduate Schools 2016” guidebook will be available at usnews.com/store in early March and on newsstands April 7.