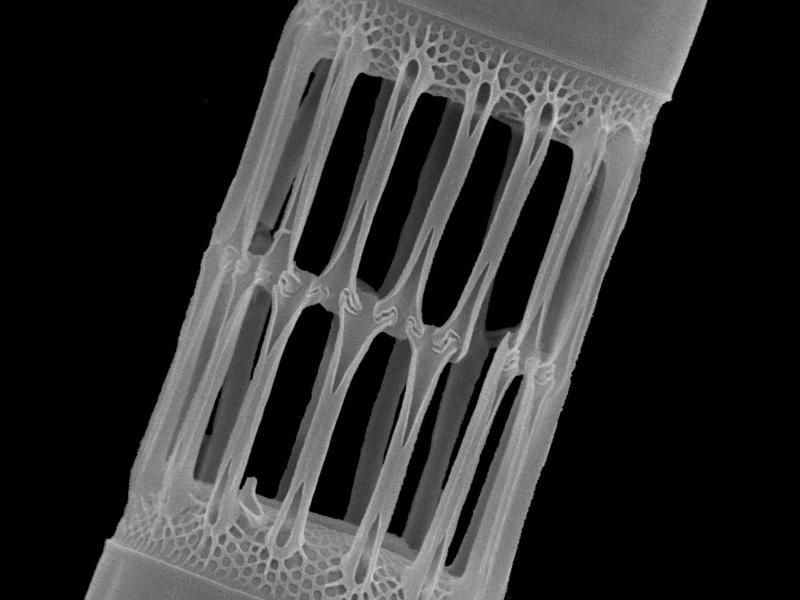 Troy, N.Y. – A team of researchers, including Rensselaer Polytechnic Institute professor Morgan Schaller, has used mathematical modeling to show that continental erosion over the last 40 million years has contributed to the success of diatoms, a group of tiny marine algae that plays a key role in the global carbon cycle. The research was published today in the Proceedings of the National Academy of Sciences.

Diatoms consume 70 million tons of carbon from the world’s oceans daily, producing organic matter, a portion of which sinks and is buried in deep ocean sediments. Diatoms account for over half of organic carbon burial in marine sediments. In a mechanism known as a the “oceanic biological pump,” the diatoms absorb and bury carbon, then atmospheric carbon dioxide diffuses into the upper ocean to compensate for that loss of carbon, reducing the concentration of carbon dioxide in the atmosphere.

“What we really have here is a double whammy: The chemical breakdown of rocks on land efficiently consumes carbon dioxide from the atmosphere, and those minerals are delivered to the ocean basins by rivers where, in this case, they fueled the massive expansion of diatoms,” said Schaller, an assistant professor of earth and environmental sciences. “Diatoms are photosynthetic, so they also consume atmospheric carbon dioxide. The combination of both of these effects may help explain the drastic decrease in atmospheric carbon dioxide over the last 35 million years that has plunged us into the current condition where we have glacial ice cover at both of the poles.”

Diatoms appeared in the Mesozoic about 200 million years ago as descendants of the red algal lineage. However, it was not until the last 40 million years that this group of marine microalgae rose to dominate marine primary productivity.

Unlike other microalgae, diatoms require silicic acid to form tiny cases of amorphous silica (glass) called frustules, which are a means of defense against predators. Therefore, understanding the sources of silicic acid in the ocean is essential to understanding the evolutionary success of diatoms, and this is where the Earth sciences come into play.

Silicate rocks such as granites and basalts comprise the majority of Earth's crust, and their chemical decomposition represents a major source of silicic acid to the world oceans. Continental erosion depends on a complex interaction of physical, chemical, and biological forces that ultimately combine to enhance the dissolution of minerals that make up the rocks. The elevation of mountain ranges such as the Himalayas over the last 40 million years favored the fracture and dissolution of continental silicate rocks facilitating the expansion of diatoms in marine ecosystems.

Previous work has associated the evolutionary expansion of diatoms with a superior competitive ability for silicic acid relative to other plankton that use silica, such as radiolarians, which evolved by reducing the weight of their silica skeleton.

But in their work, the researchers used a mathematical model in which diatoms and radiolarians compete for silicic acid to show that the observed reduction in the weight of radiolarian tests is insufficient to explain the rise of diatoms. Using the lithium isotope record of seawater as a proxy of silicate rock weathering and erosion, they calculated changes in the input flux of silicic acid to the oceans. Their results indicate that the long-term massive erosion of continental silicates was critical to the subsequent success of diatoms in marine ecosystems over the last 40 million years and suggest an increase in the strength and efficiency of the oceanic biological pump over this period.

The research team was led by Pedro Cermeño, and included Sergio M. Vallina, both of the Instituto de Ciencias del Mar in Spain, as well as Schaller, Paul G. Falkowski of Rutgers University, and Òscar E. Romero, of the University of Bremen in Germany.