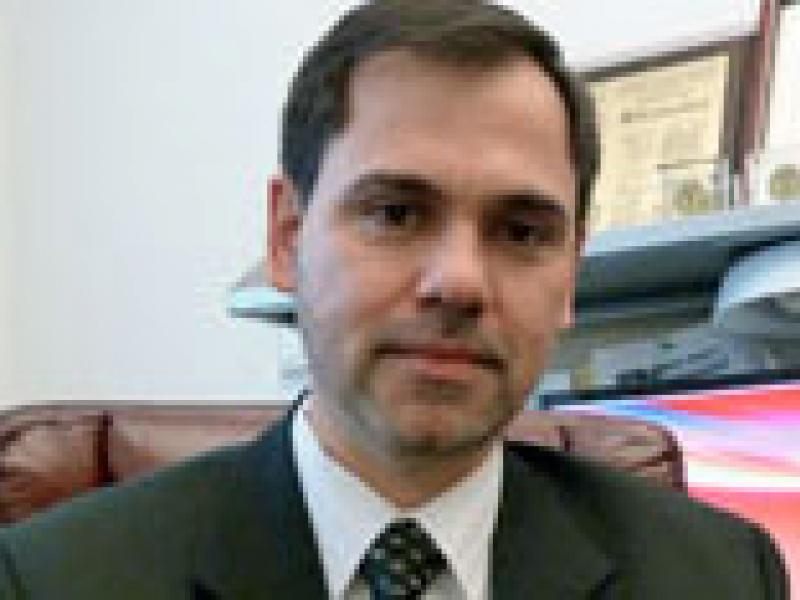 Space travel is heating up—and so are rocket fuel emissions. These companies are developing cleaner alternatives to protect earth first
Why Do Fossil Fuels Have So Much Carbon Stored in Them?
Rensselaer Creates Course Program Focused on Training in Micro and Nanofabrication Cleanroom Technology
Lighting Up Troy
Rensselaer Researcher Awarded NASA Space Biology Grant for Work Focused on Spaceflight Stressors
March 30, 2015

Wilfredo Colón, professor and associate dean of science for research, has been named head of the Department of Chemistry and Chemical Biology in the School of Science, effective April 1, 2015.

“Freddy is well qualified and excited to be leading the department through the coming period of renewal and growth,” said Curt Breneman, dean of the School of Science and himself former head of the Department of Chemistry and Chemical Biology, as well as chair of the search committee that recruited Colón to Rensselaer in 1997. “We are pleased that Dr. Colón will serve in this critical leadership position and wish him the greatest success.”

Breneman also thanked Chang Ryu, professor of chemistry and chemical biology and director of the New York State Center for Polymer Synthesis, for his service as acting head of the department.

The Rensselaer Department of Chemistry and Chemical Biology is home to about 50 undergraduate students and 35 graduate students. Faculty in the department are focused on a broad range of topics that span interdisciplinary thrusts in biomimetic solar energy capture, carbohydrate chemistry, protein misfolding, nanocomposite materials, biocatalysis and biomanufacturing, as well as the traditional fields of analytical, physical, organic, and inorganic chemistry. Through a network of collaborations, faculty and students in Chemistry and Chemical Biology are involved in most of the Institute’s highest priority initiatives, including the Center for Materials, Devices, and Integrated Systems the Baruch ’60 Center for Solar Bioenergetics Research, the Rensselaer Institute for Data Exploration and Applications, and the Rensselaer Materials Genome Initiative.

In his research, Colón seeks to understand the role of protein stability in protein function, folding, misfolding, oligomerization, and aggregation. Protein misfolding and abnormal aggregation are closely linked to many diseases, including Alzheimer’s disease, Type II diabetes, Parkinson’s disease, cystic fibrosis, and prion diseases, and may have links to many types of cancer and the aging process.

Prior to joining Rensselaer in 1997, Colón served as a National Science Foundation (NSF) Fellow at the Fox Chase Cancer Center in Philadelphia. Colón is a fellow of the American Association for the Advancement of Science. Among other honors, he is the winner of 2010 American Chemical Society Award for Encouraging Disadvantaged Students into Careers in the Chemical Sciences, a 2002 Rensselaer Early Career Award, a 2001 NSF Presidential Early Career Award for Scientists and Engineers (PECASE), and a 2000 NSF Faculty Early Career Development (CAREER) Award.