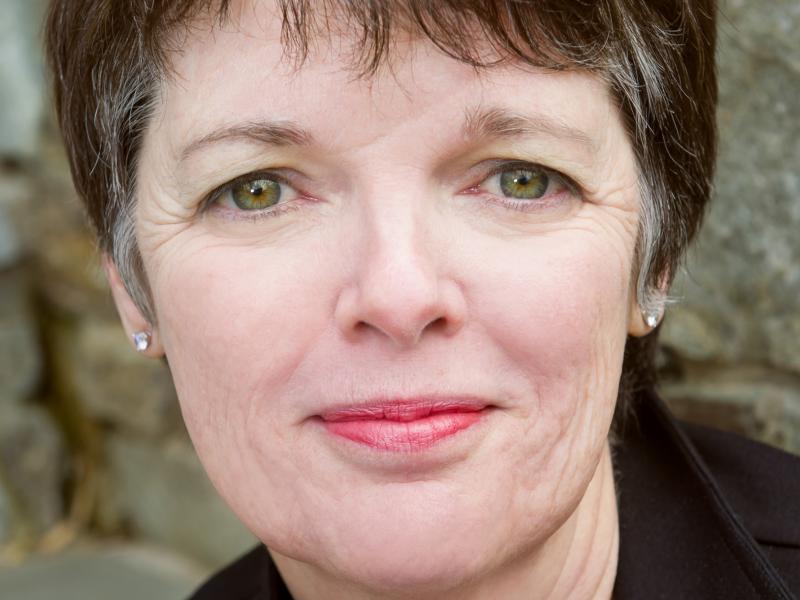 Acclaimed author Alice McDermott will read from her work while at Rensselaer Polytechnic Institute on April 15 as part of the annual McKinney Writing Contest awards ceremony.

Troy, N.Y. — Acclaimed author Alice McDermott will read from her work while at Rensselaer Polytechnic Institute on April 15 as part of the annual McKinney Writing Contest awards ceremony. The program will be held in the Center for Biotechnology and Interdisciplinary Studies auditorium, beginning at 8 p.m. The event is free and open to the public.

The annual contest and ceremony is co-sponsored by the Rensselaer Department of Communication and Media and the New York State Writers Institute. The contest honors student work in several categories: fiction/drama, poetry, essay, and electronic media. First, second, and third prizes are awarded to outstanding submissions in both graduate and undergraduate divisions. In addition to presenting these awards, McDermott will read from her work and respond to questions from the audience.

The McKinney Writing Contest was established in 1941 by Samuel McKinney, who graduated from Rensselaer in 1884, in memory of his wife, Mary Earl McKinney. The contest is designed to encourage communication skills among Rensselaer students and promote the liberal arts.

“The School of Humanities, Arts, and Social Sciences is proud to keep alive the tradition of the McKinney Writing Contest at Rensselaer. Both the contest and the talk by Alice McDermott are valuable ways for the Rensselaer community to celebrate literature,” said Mary Simoni, dean of the School of Humanities, Arts, and Social Sciences. “The Department of Communication and Media at Rensselaer is an internationally recognized center for interdisciplinary education and research. Programs like this create opportunities for us to understand the traditional and emerging technologies from various perspectives, while also celebrating our students’ efforts to use words and images to communicate powerful stories, messages, or experiences that they are willing to share with the campus community.”

In addition to the McKinney Fund, the contest receives support from the Rensselaer Polytechnic Institute Vollmer Fries Lecture Fund; School of Humanities, Arts, and Social Sciences; Rensselaer Union; Friends of the Folsom Library; Department of Communication and Media; the New York State Writers Institute; and the literary organization Poets & Writers.

The recipient of a Whiting Writers Award, McDermott is currently serving as the Johns Hopkins University’s Richard A. Macksey Professor of the Humanities. She described her impulse as a storyteller in an interview in The New Yorker: “I suppose I’m drawn to the stories that the more sophisticated, critical chorus in my brain warns against. It’s the contrarian in me, I’m afraid.”

McDermott’s first novel, A Bigamists’ Daughter, was published to wide acclaim in 1982. That Night (1987), her second novel, was a finalist for the Pulitzer Prize, the National Book Award, and for the Los Angeles Times Book Prize. In his cover review for The New York Times Book Review, David Leavitt called That Night “an original, a work that revels in a rich, discursive prose style that belongs entirely to Alice McDermott.” A film version of That Night was produced by Warner Bros. and released in the spring of 1992. At Weddings and Wakes (1992), her third novel, became a New York Times bestseller and a finalist for the Pulitzer Prize. McDermott’s Charming Billy (1998) won the National Book Award.

In McDermott’s recent book, New York Times’ critic Janet Maslin wrote, “Someone is a wonderfully modest title for such a fine-tuned, beautiful book filled with so much universal experience, such haunting imagery, such urgent matters of life and death. But Ms. McDermott is plain-spoken even at her most wrenching.”

McDermott has taught at the University of California at San Diego and American University, has served as writer-in-residence at Lynchburg and Hollins Colleges in Virginia, and was a lecturer in English at the University of New Hampshire. Her short stories have appeared in Ms.Redbook, Mademoiselle, and Seventeen and she has also published articles in The New York Times and The Washington Post.