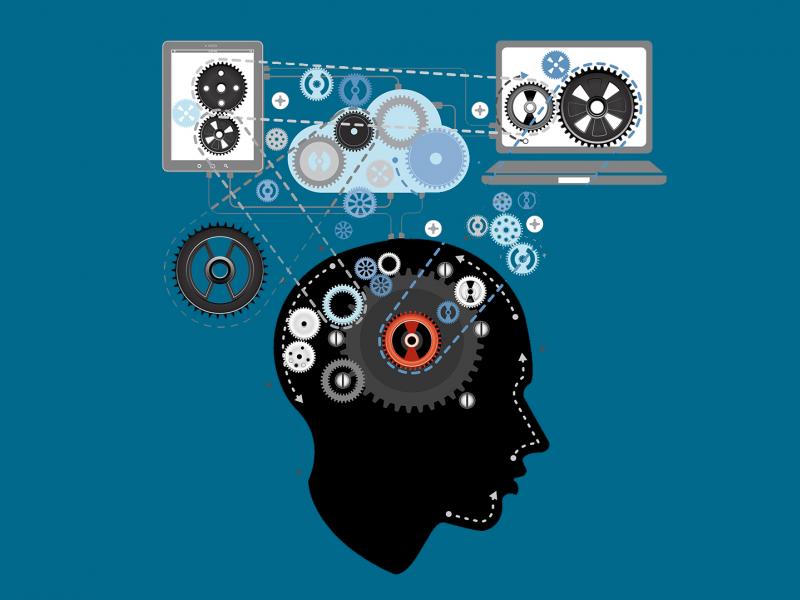 With a $1.3 million grant from the Air Force Research Laboratory, researchers at Rensselaer Polytechnic Institute will explore the design and potential of next-generation supercomputers that incorporate a highly efficient “neuromorphic” processor, which more closely represents the human brain in its architectural design.

In the Rensselaer project, titled “Massively Parallel Modeling and Simulation of Next-Generation Hybrid Neuromorphic Supercomputer Systems,” researchers will use the Institute’s supercomputer – one of the four most powerful university supercomputers in the U.S. – to simulate a hybrid supercomputer built with neuromorphic as well as classical computing processors, testing various network designs and the resulting outcomes to applications.

“The question we’re asking is: What if future supercomputer designs were to have several embedded neuromorphic processors?” said Christopher Carothers, director of the Center for Computational Innovations. “How would you design that computer? And what new capabilities would it offer?”

The design will also incorporate a series of learning algorithms specific to the incorporation of the neuromorphic chip, said James Hendler, director of the Rensselaer Institute for Data Exploration and Applications (IDEA).

“Our goal is not just to explore the architecture of a potential next-generation machine,” said Hendler, an expert in artificial intelligence and cognitive computing, “but also to explore how such a machine can be used to tackle the hard science and engineering problems arising in our increasingly data-rich world.”

Neuromorphic computing is built on a computational model patterned on the human brain, incorporating an interconnected network of nodes or “neurons” that make it possible to encode information far more efficiently than classic computer chips. Computers that incorporate a neuromorphic approach excel at pattern recognition, with far less energy usage (and heat) than conventional chips, and have the potential to overcome looming barriers to increased computing speed. In particular, the researchers expect a neuromorphic processor could excel at identifying and responding to error messages and in processing sensor, image, and video data.

Although computer scientists have used algorithms to approximate neuromorphic computing (an approach commonly called  a “neural net”), IBM only recently built this first neuromorphic chip as part of a DARPA-funded research effort. The Rensselaer researchers will base their work on the specifications of IBM’s “True North” neuromorphic processor and simulation development kit.

The researchers will use AMOS, the Rensselaer supercomputer, to run a massively parallel simulation of proposed neuromorphic supercomputer designs in action. The simulation will allow them to explore both a single node (comprised of a CPU, GPU, and neuromorphic processor), as well as the network of the system, and the higher level architecture of the design.

“So, we’re actually using a supercomputer to simulate another supercomputer that doesn’t even exist,” said Carothers. “It’s a great use of supercomputing technology because we can take advantage of its power to run accurate simulations at a finer, more granular level than can be built.”