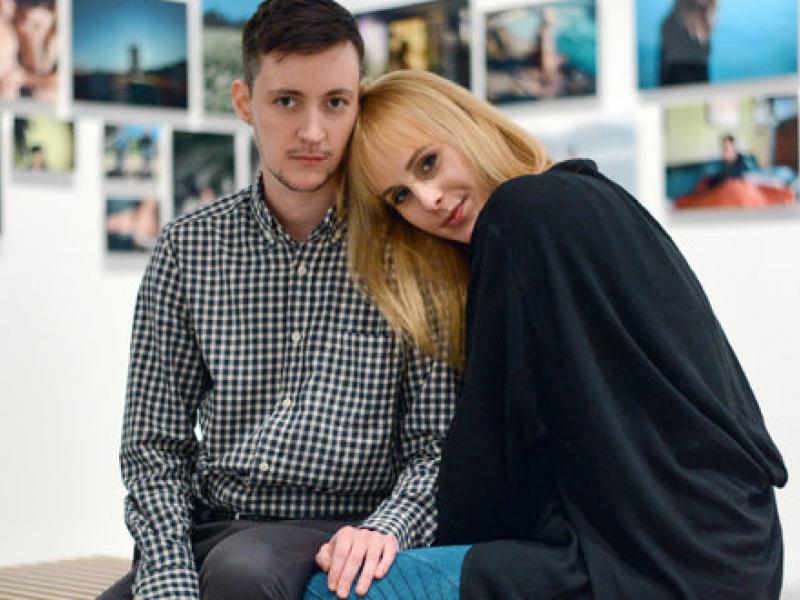 Rensselaer Polytechnic Institute will host a screening of an episode of the Golden Globe Award-winning television program Transparent followed by an interactive Q&A panel discussion focused on exploring transgender identity and social issues that will include the program’s co-producers Rhys Ernst (left) and Zackery Drucker (right), along with along with Rensselaer and University at Albany faculty, staff, and student members

Troy, N.Y. — Rensselaer Polytechnic Institute will host a screening of an episode of the Golden Globe Award-winning television program Transparent followed by an interactive Q&A panel discussion focused on exploring transgender identity and social issues that will include the program’s co-producers Rhys Ernst and Zackery Drucker, along with Rensselaer and University at Albany faculty, staff, and student members. The program will be held on April 9 on the Rensselaer Troy campus in the Curtis R. Priem Experimental Media and Performing Arts Center Theater from 7 to 8:30 p.m. The event is free and open to both the campus and local community.

“Stigma and discrimination toward trans individuals is still very problematic in our society today,” said Tara Schuster, coordinator of health promotion in the Rensselaer Student Health Center. “By hosting this event and providing a platform to discuss issues of gender identity, it is the hope of the RPI LGBTQ Task Force to raise awareness about this topic, and continue to improve the campus climate for our trans students. Trans is an umbrella term that refers to all of the identities within the gender identity spectrum. Our goal is to ensure all campus community members that their personal identity and expression of that identity is respected.”

The screening and panel discussion is co-sponsored by the Rensselaer Union, Department of Athletics, and the Student Health Center.

The RPI LGBTQ Task Force — comprised of Rensselaer students, staff and faculty — was created and charged in the spring of 2012 with supporting and improving the campus climate for the lesbian, gay, bisexual, transgender, queer, and questioning (LGBTQ) community. Since its inception, members have been focused on supporting the mission of the LGBTQ Task Force to ensure that all students at Rensselaer have the right to safety and the expectation of safety in their personal identity and the expression of that identity, whatever it may be, within the bounds of both the law and mutual respect for the differences of all members of the Institute.

Chris VerWys, a lecturer in the Rensselaer Department of Cognitive Science, will serve as the event emcee. VerWys has been part of the Rensselaer campus community since 1998, and has regularly discussed LGBT issues within the contexts of Personality Theory and Social Psychology courses. In addition, he served in the United States military during the period when the “Don’t ask, don’t tell” policy was in effect, and saw first-hand the damage caused to people forced to live part of their lives in secrecy.

Zackary Drucker is a producer on Transparent. An artist and cultural producer, her work breaks down the way we think about gender, sexuality, and ways of seeing. She has performed and exhibited her work internationally in numerous museums, galleries, and film festivals including Art Gallery of Ontario, Whitney Museum of American Art, The Hammer Museum, 54th Venice Biennale, MOMA PS1, and Outfest (Platinum Showcase; awarded Grand Jury Prize for Outstanding Experimental Film), among others.

Rhys Ernst is a producer on Transparent and created the title sequence for the series. He is a filmmaker and artist who works across various forms and modalities to investigate transgender identity, masculinity, and the intersection of gender and narrative construction. He has shown work at the Sundance Film Festival, the Whitney Biennial, Chicago Museum of Contemporary Art, MIX Brazil, The New Museum, Brooklyn Museum, and The Hammer Museum, among others.

Sami Schalk serves as an assistant professor of English at the University at Albany. She earned her Ph.D. in gender studies at Indiana University and her MFA in creative writing at University of Notre Dame. Schalk’s research focuses on race, gender, and disability in contemporary literature.

Courtney D’Allaird is currently the assistant director of the Office of Intercultural Student Engagement at the University at Albany. D’Allaird is the founding coordinator of the Gender & Sexuality Resource Center at UAlbany and has done extensive work with college campuses across New York state in order to expand initiatives for LGBTQ student inclusion. D'Allaird works with college students in transitioning to campus life and provides interactive trainings, programs, and class lectures across campus. D’Allaird is a nationally certified peer educator and trainer for NCBI (National Coalition Building Institute), DASA (Dignity for All Students Act), and Safe Space/Zone development. D'Allaird also currently serves on the board of the Northeast LGBT College Conference and as the Northeast Regional Rep for the Consortium of LGBT Higher Education Professionals. D’Allaird’s expertise is cross-curricular stemming from a background in sociology, women’s gender & sexuality studies, and business administration. D’Allaird also serves as faculty advisor to: UAlbany Pride Alliance, Trans* Action, Gamma Rho Lambda and a member of the UAlbany LGBTQ Concerns Committee.

Jackson Harmon is a fourth-year industrial engineer and sustainability major at Rensselaer. He is a passionate inventor, as well as an outspoken trans rights activist, founding TRANS, a group for assistance and networking with other trans and questioning individuals at Rensselaer. He works toward breaking down gender stereotypes and giving a voice to gender minorities. Harmon is also an avid and eclectic piano player, playing everything from Metallica to Taylor Swift in his free time.

Jeffrey Tambor is an actor who has appeared in many television shows and movies, including Arrested Development and The Hangover, and he recently won the Golden Globe for Best Actor in the television series Transparent.

Members of the campus and the general public can pick up any remaining tickets at the EMPAC Box Office. For more information, contact the Rensselaer Union Administration Office at (518) 276-6505.

For more information about the Student Health Center, visit: http://studenthealth.rpi.edu/.

For information about the LGBTQ Task Force, visit: http://studenthealth.rpi.edu/healthEd.php?catid=1067.