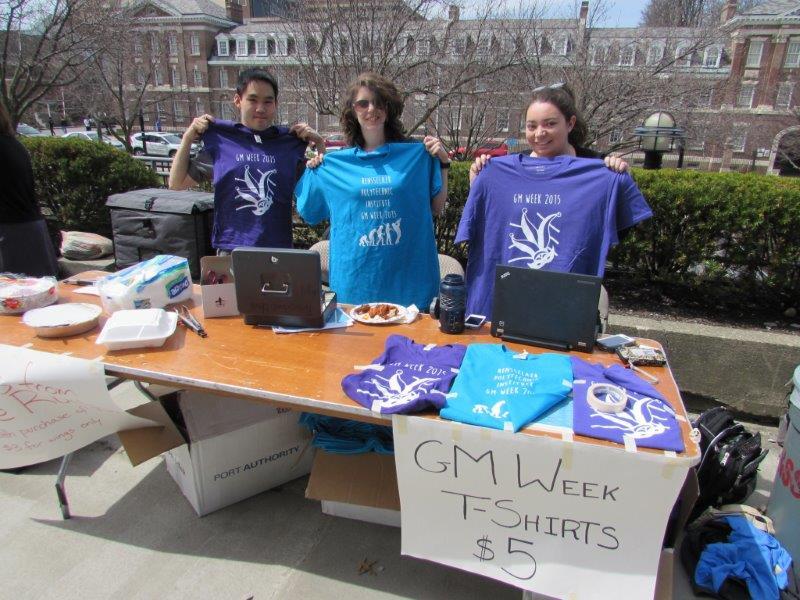 Grand Marshal Week (GM Week) is a long-standing tradition at Rensselaer Polytechnic Institute. The event is a week of campuswide celebrations that features student organizations and student elections.

Troy, N.Y. – This year, Grand Marshal Week at Rensselaer Polytechnic Institute will pay homage to “The Big Easy” with a New Orleans theme and an appropriately titled slogan, “Keep Your Rhythm.” A long-standing tradition at Rensselaer, Grand Marshal Week (GM Week), a week of campuswide celebrations featuring student organizations and student elections, will be held April 10-17.

Each spring, the campus is buzzing with activity as students and members of the Rensselaer community participate in GM Week, which also celebrates student life and government, cultural diversity, and the performing arts. Student officials are elected each spring by the student body. This year marks the 150th anniversary of the Grand Marshal, or GM, which is the highest elected official in student government. The position was established to honor a student respected and admired by classmates. The title also reflects the military atmosphere of the Civil War-era when a soldier was selected to speak on behalf of his fellow soldiers.

On Wednesday, April 15, all members of the campus community are invited to attend the annual Provost’s BBQ and Carnival. The event will be held from 11:30 a.m. to 3:30 p.m. in the East Campus Athletic Village. Activities include a caricaturist and various performances by student groups and area performers. Classes will not be held on April 15.

The finale event will take place on Friday, April 17, from 7 to 10 p.m. in the Houston Field House. Additional entertainment and activities will follow, along with election results.

In addition, this year, the Rensselaer Union will celebrate its 125th anniversary with a series of events planned throughout the spring and fall semester. While the model of the student-run union organization is common in the United Kingdom and Canada, the model is rare in this country and Rensselaer has one of the few in the United States. Today, the Rensselaer Union is home to nearly 200 clubs, sports, and organizations, creating opportunities for students to learn invaluable skills along the way.

On Saturday, April 18, the Rensselaer Union will welcome current and former student leaders to kick off its yearlong series of events planned for the 125th anniversary. There will be a presentation by the President of the Union, Erin Amarello ’15, and Grand Marshal, Kyle Keraga ’15. In addition, the newly elected 2015-2016 GM and PU will be introduced, and a commemorative plaque engraved with the names of former Grand Marshals and President of the Unions—donated by Rensselaer alumnus Greg Waters ’97, who served as the 129th GM (GM ’95-’96)—will be unveiled.

For more information regarding the programs planned for the Rensselaer Union 125th anniversary, visit: http://www.union.rpi.edu/125