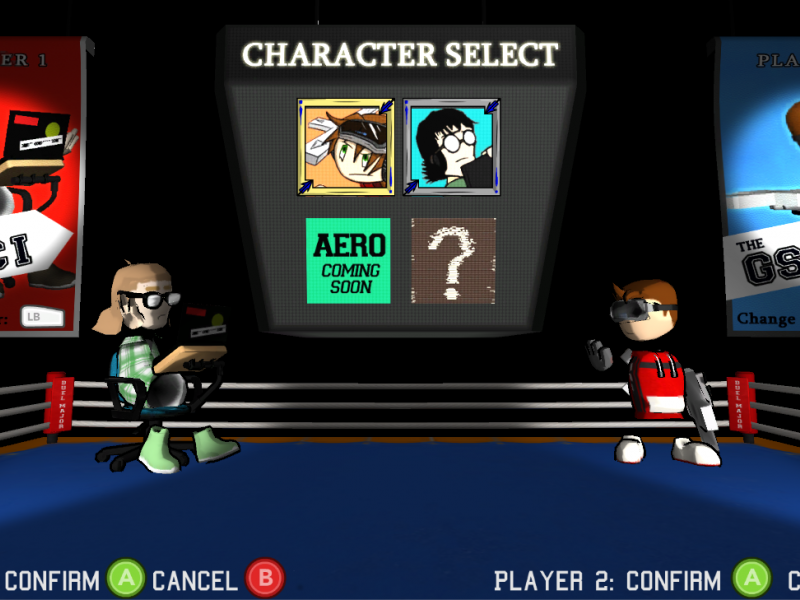 GameFest is an annual tradition at Rensselaer Polytechnic Institute that showcases student-designed games and celebrates creativity and innovation in video games. Pictured here, is a screenshot of the game Duel Major designed by a team of Rensselaer students.

Troy, N.Y. — It’s back! GameFest—an annual tradition at Rensselaer Polytechnic Institute that showcases student-designed games and celebrates creativity and innovation in video games—will be held Friday and Saturday, May 1 and 2, at the Curtis R. Priem Experimental Media and Performing Arts Center. The event is free and open to the campus and local community.

This year marks the 12th anniversary of the event, which will be bigger than ever before with more students from more regional universities bringing more games for exhibition and competition.

The two-day event kicks off on Friday, May 1, with a graduate student panel discussion, “Games Beyond Entertainment.” The panel will be held in EMPAC Studio Beta, beginning at 7 p.m. The panel will take on current research in games and education, and discuss ways that games and simulation can translate to the real world. The evening will culminate with an eclectic, game-themed electronic music and live visual performance by PULSE.

Among the games designed by Rensselaer students that will be showcased are Radioland, a 3-D puzzle plarformer where the player brings the radio back to Radioland; Punchbot, a multiplayer boxing game that is played using only joystick input; and Super Parkour Fun Time, a multiplayer parkour capture the flag game.

Later in the day, James Portnow of the popular Web series Extra Credits will deliver a keynote talk titled “More Than a Pastime: A Promise to Future Generations.” Portnow is a game designer and consultant known for his theories on socially positive design. The talk will be held in the EMPAC Theater from 4 to 5 p.m. Awards for the student-designed games will be announced at 5 p.m. .

Since 2003, GameFest has grown into a regional event that brings together game design students from schools throughout the Northeast, with a competition judged by industry experts. Talks and panels include topics from serious games and entrepreneurship to deep design questions and the democratization of independent game development. Music performances range from music made with repurposed game consoles to an orchestra performing classical arrangements of music from games.

Last month, the Princeton Review again named the Games and Simulation Arts and Sciences program (GSAS) at Rensselaer as one of the top 25 video game design programs. Rensselaer is No. 11 on the list this year, moving up from last year’s No. 18 spot. The GSAS program at Rensselaer has appeared on this list every year since the list’s inception in 2010.

For more information about the School of Humanities, Arts, and Social Sciences, visit: http://www.hass.rpi.edu/.