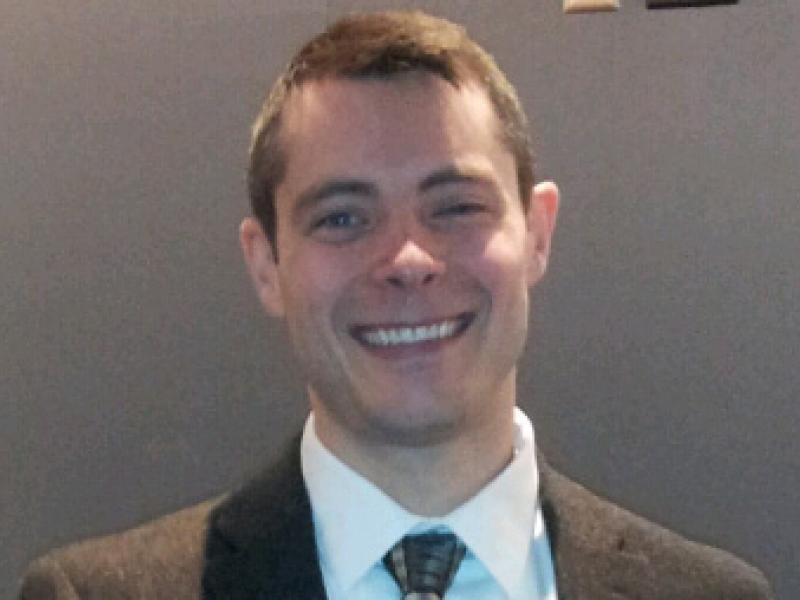 A Capital Region native, McLane earned an undergraduate degree from the University at Buffalo, State University of New York, and a master’s degree from Union College. His adviser at Union had a professional connection with Rensselaer professor Lee Ligon, who ultimately became McLane’s doctoral adviser.

“Although Rensselaer is not a large school, it is very well known and respected,” McLane said. “Where you decide to attend is something that will follow you for your entire life; having an established and respected name follow you is worth it.”

At Rensselaer, McLane researches how physical aspects of tissues, like structural arrangement or stiffness, influence the behavior of cancer and cancer-associated cells.

“So little is known about how cells respond to different physical cues in the ever-changing environment of a tumor,” said McLane. “At the same time, physical interactions can be manipulated without transporting something, like a drug, into a cell. If we find a major role of a certain physical aspect, in say the metastasis of cancer cells, we can manipulate the cell from the outside to control its behavior.”

McLane worked hard to arrive at Rensselaer, and he worked hard at Rensselaer – early in his doctoral work he once spent three months working without taking a day off — but along the way, McLane said he realized he had to learn to balance work and life.

“While at RPI, I finally had to realize that there’s more to life than work; that one can’t just put their head down, work hard, and everything else will be OK,” he said. “Further, not simply that you have to pop your head up once in a while, but that you have to live all the time, even at work, with your head up.”

As part of that new balance, McLane took up home brewing, using his science training to meticulously craft his batches. And he started running, working his way up from his first 5K to a marathon.

“Running allows me an escape from work, both physically and mentally, and resets my mind as a form of meditation,” McLane said.

McLane also found at Rensselaer a supportive community on campus and within his department.

“I enjoyed events like movie nights, free admission to hockey games, pub nights, and sometimes even just some free pizza — which as a graduate student can sometimes save your sanity, for no good reason except maybe that it’s free and not work,” McLane said. “Also, the camaraderie I experienced within the biology program has been outstanding. We’re all working for ourselves, but we’re all in this together.”

After graduation, McLane said he will be looking for a postdoctoral research fellowship (“preferably somewhere warm”), and hopes to stay in research throughout his career. As for his parting advice to incoming students, McLane said “relax and live.”

“Coming to graduate school may not seem like the best time to relax, but life is all around you all the time and if you don’t relax and live it, then what is the point of all this schooling?” McLane said. “Almost everyone takes their work seriously, but taking it too far is detrimental to your health and your emotional well-being. So look for balance between work and play, and if you for some reason can’t thrive without sacrificing life, then maybe you’re doing it wrong.”