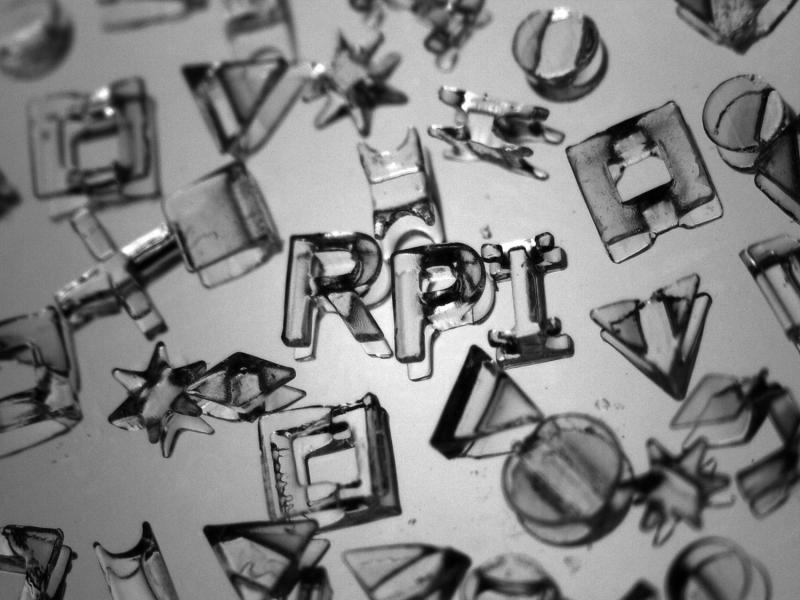 Examples of 3D-shaped particles. Image courtesy of Aram Chung, assistant professor in the Department of Mechanical, Aerospace, and Nuclear Engineering.

What Are eVTOLs? Are They the Future of Aviation?
Rensselaer Researcher Mohammed Zaki Is an AAAS Fellow
RPI To Host 24th Annual Black Families Technology Awareness Day on February 4
The 37th AAAI Conference on Artificial Intelligence Aims to Build Bridges
Team Aims To Find ‘Earth 2.0’
May 19, 2015

Technology Capable of Producing 3-D-Shaped Objects Could Play a Role in Biotechnology, Structural Mechanics, and Self-Assembly

Troy, N.Y. — A team including researchers at Rensselaer Polytechnic Institute have discovered an innovative approach to the optofludic fabrication process, which can be regarded as a rapid 3-D prototyping method for the development of smaller high-resolution objects. The research is important for the biomedical field since it can be used to create functional particles for drug delivery and vascularized tissue constructs.

In a paper recently published in Nature Communications, lead authors at Rensselaer, along with a colleague from the University of California, Los Angeles, demonstrated that the research can be of great interest to individuals who need small 3-D-shaped objects. In addition, within the optics community, the process may be used to create small-scale optical elements such as lenses and fibers.

According to the researchers, small particles in nature are often spherical, such that their surface energy is minimized. Non-spherical shapes, however, can provide unique functionalities that are not always available from solely spherical shapes. For example, particles with three-dimensional (3-D) structures have been shown to behave differently under electrical stimulation, allow for higher packing density,  and alter optical characteristics.

“Currently, creating 3-D-shaped objects can be done using various methods and the technique of 3-D printing offers a promising manufacturing approach considering its precise and simple part production directly from computer-aided designs,” said Aram Chung, assistant professor in the Department of Mechanical, Aerospace, and Nuclear Engineering. “This methodology, however, is inherently limited to create micron-resolution objects due to the layer-by-layer process. Our high-resolution optofluidic fabrication is an innovative solution enabling production of micron-resolution objects that would be appealing to additive manufacturing, microfluidics, colloidal particle physics, and pharmaceutics (drug delivery) fields.”

Chung also noted that one of the main core benefits from optofluidic fabrication is the system tunability. By varying flow and light conditions, nearly an infinite number of different particle shapes can be created on the fly.

“Over the past two years, I have focused my research toward building our optofluidic fabrication system,” said Kevin Paulsen, a graduate student at Rensselaer who also works in Professor Chung’s Bio-Optofluidics Laboratory. “It is very challenging to create sub-millimeter scale particles with high three-dimensionality. Our new method of creating 3-D-shaped particles overcomes many limitations from conventional rapid prototyping methods because it theoretically allows for complex-shaped particle production with sizes of tens of microns, which is our main focus moving forward with this research.”

The Bio-Optofluidics Laboratory is a research group in Mechanical Engineering at Rensselaer that is devoted to research on theoretical and experimental investigations into the fusion of microfluidics and optics. Based on a series of fundamental studies of the fluids-optics synergic interaction, the lab is developing a new class of hybrid systems for biology and manufacturing.