Commencement 2015: Josue San Emeterio – Making the Most of Opportunity 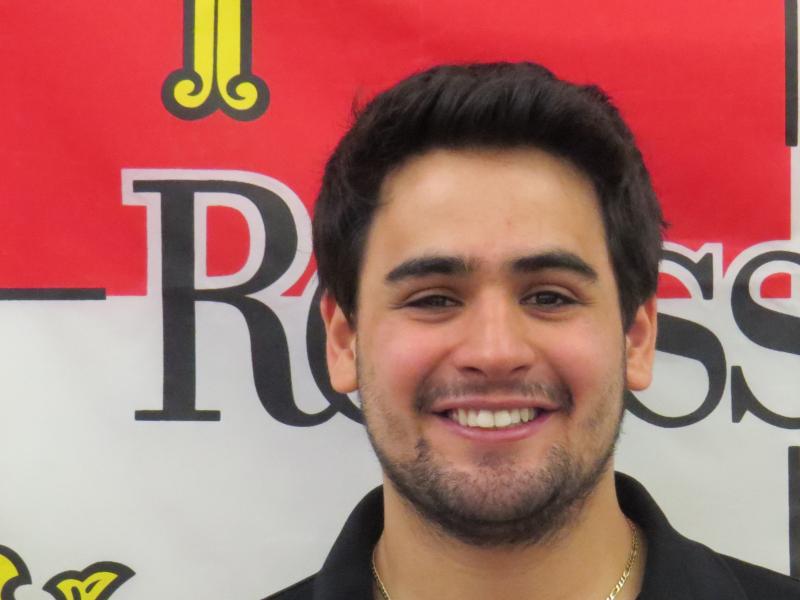 Commencement 2015: Josue San Emeterio – Making the Most of Opportunity

Troy, N.Y. – Josue San Emeterio chose Rensselaer Polytechnic Institute (RPI) after his first campus visit. “I was able to see that it was a school with great resources and an intelligent and engaged student community,” said Emeterio, a native of Mexico City. “It was exactly the type of environment in which I knew I could succeed.”

On May 30, San Emeterio graduates with a bachelor’s degree in applied physics from the School of Science, and a resume that includes a research internship in Ames National Laboratory, and his experiences with the outreach group Science Ambassadors, the Society of Physics Students, and the Rensselaer Debate Club.

“The community was small enough that you were able to know professors on a one-to-one basis, and yet large enough that there was always something else to learn and more people to meet,” San Emeterio said. “Particularly for me, I benefited a lot from all the resources on campus. I was able to take many classes outside my major that enabled me to learn most of the things I wanted to learn. Similarly, though my professors, I had access to many tools to build and use science demonstrations.”

San Emeterio, who will be pursuing a doctoral degree in applied and engineering physics at Cornell University, took advantage of many of the opportunities Rensselaer offered. In his freshman year, he elected to forego an introductory physics class, enrolling directly in a more advance quantum physics class.

“I was the first generation of freshmen to do that, and it was one of the hardest but most rewarding classes I’ve taken,” San Emeterio said. “I simply enjoyed the material, so I worked really hard.”

With the Society of Physics Students (SPS), San Emeterio and a team designed a magnetic track that the society is building to demonstrate superconductor levitation, the concept that underlies maglev trains.

In the summer of his junior year, he interned at the Ames Laboratory, studying the properties of proteins with the use of X-rays. As part of the internship, San Emeterio spent one week working in the Advanced Photon Source, an electron accelerator that produces high-energy X-rays, in the Argonne National Lab.

“It was fantastic to be able to work in such a large and important facility, but I had to push myself to the limit,” San Emeterio said. “The beam runs 24 hours, so you have to take the most advantage of it. I would work from 7 a.m. to 3 a.m., and then get some sleep as the machine collected data. I learned a lot though this experience and it reminded me that that is why I wanted to become a scientist.”

And San Emeterio has taken the opportunity to share his enthusiasm for science with an audience outside Rensselaer through his work with SPS and Science Ambassadors; in one case giving a presentation to more than 100 elementary students in the West Sand Lake Elementary School.

“It was very challenging to organize, but extremely rewarding to be able to stand in the auditorium, in front of all of those students, and to be able to get them excited about science,” San Emeterio said. “Being able to impact so many students at once is something I will never forget.”

He felt a similar pride working with Science Ambassadors, a program that launched two years ago through the School of Science and the Center for Initiatives in Pre-College Education. Science Ambassadors initially worked alongside their partner organization, Engineering Ambassadors, visiting schools to present interesting science topics to their students. This year, with San Emeterio as president of the group, Science Ambassadors went solo, visiting Amsterdam’s Lynch Literacy Academy.

“Perhaps my most memorable moments came around through my involvement in Science Ambassadors,” San Emeterio said. “It was fantastic to be able to see all of my fellow science ambassadors actively interact with all the students. I was particularly proud when we had our discussion panel; students were asking great questions and Science Ambassadors were giving great answers—it made me realize what a great program Science Ambassadors had become.”

As he leaves Troy to pursue his doctorate, San Emeterio encourages incoming students to make the most of their time at Rensselaer.

“RPI has a lot of opportunities. Keep searching for a group or course that involves something you love, and once you find it, commit to it and work as hard as you can on it,” San Emeterio said.