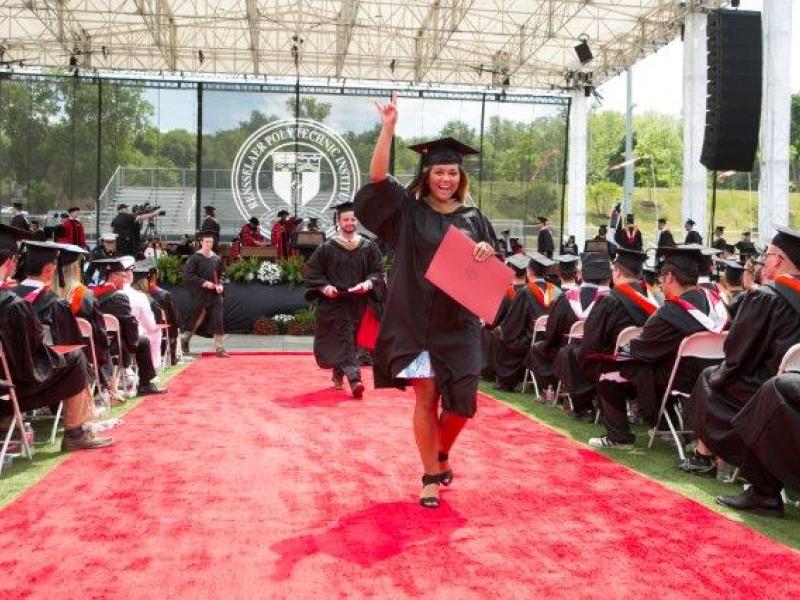 Troy, N.Y. – As members of the Rensselaer Polytechnic Institute Class of 2015 crossed the stage on May 30, what are some of their future plans following Commencement?

Hot Jobs! Meet the Next Generation of Innovators in Tomorrow’s Work Force

“In addition to strong grades, leadership and the ability to work in a team environment are attributes that employers seek from recent graduates,” said Jennifer Walters, director of the Center for Career and Professional Development (CCPD) at Rensselaer. “Many Rensselaer students gain and augment such skills while in school through internships, co-ops, and other experiential learning experiences.  Top employers continue to seek out Rensselaer graduates not only for their disciplinary expertise but also for their critical thinking abilities and scientific and technological perspective.”

Today, job market news continues to look positive in all regions for Class of 2015 graduates. According to a report by the  National Association of Colleges and Employers (NACE), “employers expect to hire more new college graduates this year than they did last year,” Backing up their projections, employers also reported they had posted more jobs for the Class of 2015 than for the previous class. On average, respondents posted 148 jobs for new college graduates in the 2014-15 academic year, up from an average of 99 posted for 2013-14. Among responding employers, new graduates with degrees in engineering, business, and computer science are most sought after, the organization noted.

Walters also noted that Rensselaer graduates continue to enjoy overall higher starting salaries compared to national averages. To date, the average starting salary reported for members of the Rensselaer Class of 2015 is $70,047.