How X-Rays See Through Your Skin 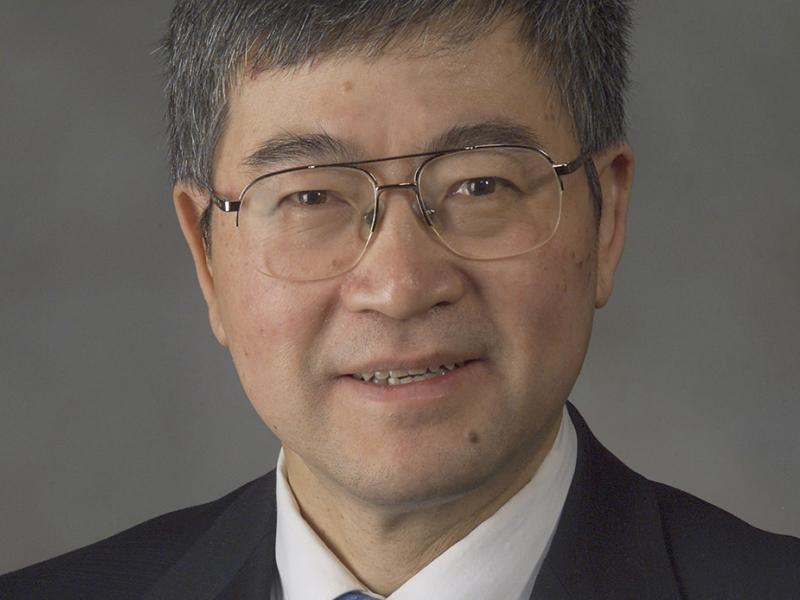 How X-Rays See Through Your Skin

Troy, N.Y. — Originally discovered by accident, X-ray CT scans are now performed about 100 million times a year in hospitals and clinics around the world to identify problems in patients. How do these magic eyes work? Rensselaer Polytechnic Institute biomedical imaging expert Ge Wang detailed the history and mechanics of the X-ray and computed tomography (CT) scanners in a recent TED-Ed video titled “How X-rays see through your skin.”

The opportunity to embark on the project came as a result of Wang’s affiliation with the American Association for the Advancement of Science (AAAS). Last year, Wang was among the 401 newly selected AAAS fellows recognized for their “scientifically or socially distinguished efforts to advance science or its applications.” AAAS honored new fellows at its annual meeting in February 2015.

“I attended the AAAS annual meeting to get my fellow certificate,” said Wang, who serves as the John A. Clark and Edward T. Crossan Professor of Engineering in the Department of Biomedical Engineering and director of the Biomedical Imaging Cluster at Rensselaer. “The meeting turned out to be rather wonderful, especially after I attended a session organized by TED-Ed, and participated in several very inspiring discussions during the session. TED-Ed invited ideas from the audience and expressed an interest in my suggestion of explaining biomedical imaging ideas especially on X-rays and CT. I wrote a proposal and received approval by TED- Ed to develop the video.”

TED-Ed is a free educational website. The growing TED-Ed video library offers carefully curated educational videos, many of which represent collaborations between talented educators and animators nominated through the TED-Ed platform. The platform also allows users to take any educational video, not just TED’s, and create a customized lesson around the video. Users can distribute the lessons, publicly or privately, and track their impact on the world, a class, or an individual student. TED-Ed videos are geared toward high school/college students, and the general public.

As part of the TED-Ed five-minute format, Wang said, “the lesson was made possible through a tremendous team effort, as credited on the TED-Ed site. It’s an amazing feeling that you can teach kids and the public worldwide and daily about the history of the X-ray machine, highlight how the findings have garnered two Nobel prizes, and discuss modern spiral CT work, all in less than five minutes with funny animations.

“I believe that the paradigm for teaching and learning is in a rapid paradigm shift,” Wang contined. “We should spend more time in producing better modules for ideas, knowledge units, and skill sets. Such a mechanism ought to be quite entertaining, both effective and efficient, universally accessible, and logically interconnected. Eventually, the TED-Ed style will redefine education. I am happy that I had an opportunity to contribute a tiny bit to this huge trend.”

Wang’s innovations over the past 25 years have advanced the field of biomedical imaging, particularly CT, bioluminescence tomography, interior tomography, and omni-tomography. He wrote the pioneering papers on the first spiral cone-beam CT algorithm that enables spiral cone-beam CT imaging, which is used in almost all hospitals worldwide. More than 70 million CT scans are performed annually in the United States alone, with a majority in the spiral cone-beam/multi-slice mode.

Since 2007, Wang and his collaborators have been developing a novel theory known as interior tomography, which led to the new concept of “omni-tomography” and has revealed the possibility of performing CT and MRI scans simultaneously.

Wang is a fellow of the American Institute for Medical and Biological Engineering, IEEE, the International Society for Optical Engineering, the Optical Society of America, and the American Association of Physics in Medicine. A prolific researcher, Wang has authored or co-authored nearly 400 journal papers. His papers have been cited more than 8,000 times. He has edited three books, written several book chapters, and holds numerous patents related to his imaging work. Over his career, he has secured funding from federal, industrial organizations, and several foundations for his research.

To view the video, “How X-rays see through your skin,” visit: http://ed.ted.com/lessons/how-x-rays-see-through-your-skin-ge-wang.