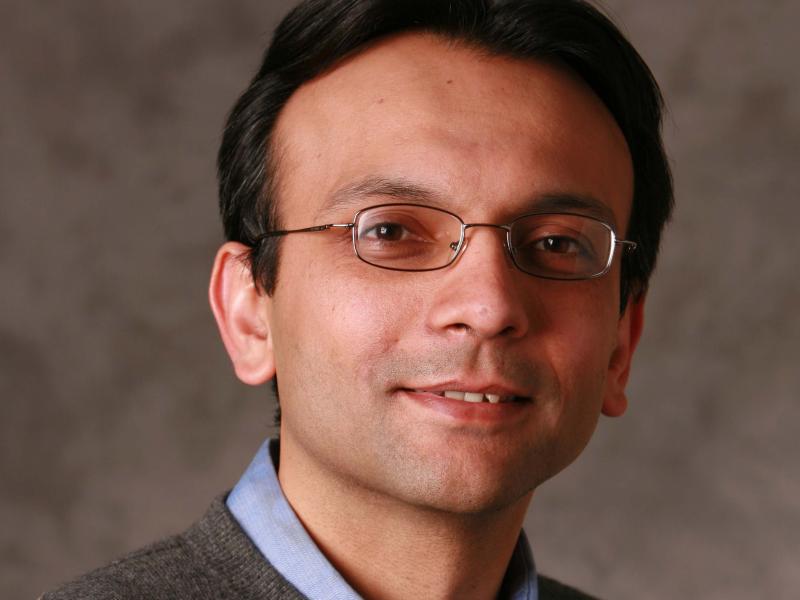 Assad Oberai, professor of mechanical aerospace and nuclear engineering and the associate director of the Scientific Computation Research Center (SCOREC), has been named associate dean for research and graduate programs in the School of Engineering.

Oberai will focus on growing the research enterprise in the School of Engineering by building research teams to address grand challenges, increasing collaborations with industry and foundations, and strengthening engineering graduate programs through recruiting and mentoring of outstanding graduate students.

“Grand-challenge linked research and world-class graduate programs are two important components of The Rensselaer Plan 2024,” said Dean of Engineering Shekhar Garde in making the announcement. “To this end, we are excited to welcome Dr. Oberai to this important role, and look forward to working closely with him as we continue to elevate the quality, visibility, and reputation of the School of Engineering and its graduate programs.”

Recognized for his fundamental developments in solving inverse problems and those with multiple spatial and temporal scales, Oberai’s research focuses on development of computational algorithms to model complex multiscale problems, from turbulent flows and tissue mechanics, with applications that range from design of energy harvesting systems to the diagnosis of diseases such as cancer. His research has been funded by the National Institutes of Health, National Science Foundation (NSF), Department of Energy (DOE), Office of Naval Research, Army Research Labs, and several corporations. He has won a number of prestigious awards including the DOE Early Career Award, an NSF CAREER award, the Thomas J.R. Hughes Young Investigator Award by the American Society of Mechanical Engineers, the Humboldt Foundation Award for Experienced Researchers, and the Erasmus Mundus Master Course Lectureship at Universidad Politécnica de Cataluña, Barcelona. He was recently honored as a fellow of the United States Association of Computational Mechanics.

Garde also thanked Tarek Abdoun, the Judith and Thomas Iovino ’73 Professor in Civil Engineering, for “his tremendous service as the associate dean for research and graduate programs in the School of Engineering over the past three years.” Abdoun stepped down from the position to focus on his center, research, pedagogical innovations, and other intellectual pursuits. During his tenure Abdoun saw the School of Engineering research expenditures grow to over $50 million. He also currently serving as the technical director of the Rensselaer Center for Earthquake Engineering Simulation, with over $1.5 million in expenditures each year, and is co-leader of a $7 million project funded by the National Institute of Standards and Technology’s Technology Innovation Program.  With significant funding from the NSF, Abdoun is also leading the development of mixed-reality mobile gaming technology for education through the GeoExplorer game and curriculum.