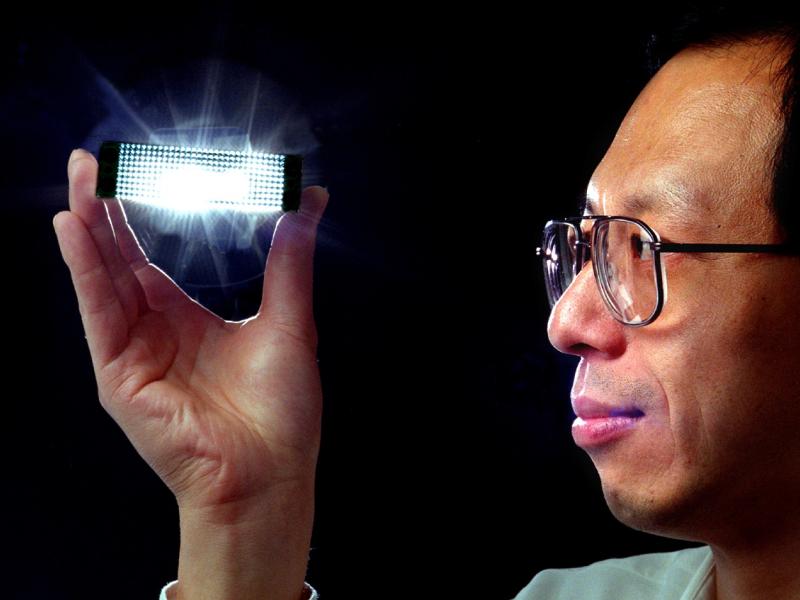 What Are eVTOLs? Are They the Future of Aviation?
Here’s how Fed rate hikes are hurting tech firms
Protect the Future: How to Stop AI from Overpowering Humanity
Designing Assignments in the ChatGPT Era
Rensselaer Researcher Mohammed Zaki Is an AAAS Fellow
September 3, 2015

Troy, N.Y. - Nano-photonics expert and physics professor Shawn-Yu Lin has discovered a new type of thermal radiation—in between the two extremes of blackbody radiation and laser light—that could contribute to a cheaper, easier solution for converting sunlight to electricity.

This “third light” is promising because it possesses some of the more favorable traits of both blackbody radiation and laser light.

Thermal radiation impacts every aspect of daily life. Two of the best-known examples are the light emitted from the sun and from incandescent light bulbs. In both cases, the light is classified as blackbody radiation. It is random and broad spectrum, difficult to harness but easy to produce. In contrast, laser light is coherent and directional but difficult to create.

Lin’s newly discovered light is sharp and quasi-coherent—and can be produced relatively easily and inexpensively. The discovery is discussed in detail in “Anomalous Thermal Radiation from a Three-Dimensional Optical Photonoic Crystal,” co-authored by Lin and published recently in <i>Nanotechnology.<i>

“It is tremendously exciting when science reveals something new about the fundamental nature of matter, and it is especially gratifying when such a discovery is made by a Rensselaer School of Science faculty member,” said School of Science Dean Curt Breneman. “I am extremely proud of Professor Shawn Lin for identifying a striking new behavior of photonic crystals that could revolutionize the way we think about blackbody radiation—the common effect that explains why hot materials glow red, yellow, or blue-white depending upon their temperature.

"In this groundbreaking work, Professor Lin has revealed that superheated photonic crystals emit much higher intensity radiation than expected, and they do so at a select group of wavelengths in a directional way,” he added. “This is a set of completely new results with potentially wide-ranging implications.”

Lin and his team demonstrated, repeatedly, that a 3-D metallic photonic crystal could be made to give off electromagnetic radiation at levels much higher than those predicted by Planck’s Law. Proposed in 1900 by Max Planck, the law states that there is an upper limit to the intensity of the radiation that a blackbody can emit. Furthermore, that intensity is steady and determined only by the wavelength of the radiation and the temperature of the blackbody.

Right now, “solar efficiency is limited by solar radiation’s very broad spectrum, from ultraviolet to infrared,” Lin explained. “The solar cell only responds to certain wavelengths on the spectrum. The rest of the energy is lost.”

His discoveries raise the prospect of using 3-D photonic crystals and the process developed by his research team to convert broad-spectrum solar light to sharp emissions, of no more than a few colors—all of which could be absorbed and converted by the solar cell.

Lin has earned international recognition for his pioneering work in developing photonic crystals. He is a fellow of the American Association for the Advancement of Science, the American Physical Society, and the Optical Society of America. He has received research funding from the U.S. Air Force Office of Scientific Research, the U.S. Department of Energy’s Office of Basic Energy Sciences, the U.S. National Science Foundation, and the Focus Center-New York for Interconnects. His current work with 3-D photonic crystals is funded by the Department of Energy, Office of Science, Basic Energy Sciences.