At the Crossroads: Examining the Intersections of Science and Art 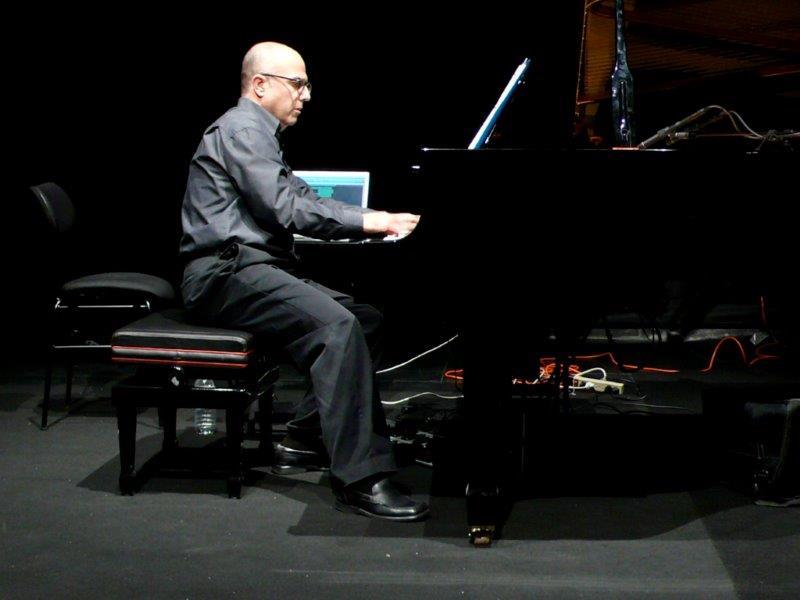 To celebrate the launch of Art_X @Rensselaer (Art_X) members of the campus and community are invited to a series of concerts co-sponsored by the School of Humanities, Arts, and Social Sciences (HASS) and the Center for Biotechnology and Interdisciplinary Studies (CBIS). The concerts have been organized and produced by Michael Century, professor of new media and music in the Department of the Arts in collaboration with faculty at CBIS.

Anatomy of a Product Placement
Rensselaer Announces Institute for Data, Artificial Intelligence, and Computing
Computer Culture Emerged in Canada Through Convergence of Unique History and Governmental Policies
Are Immigrant Workers Impacted By Turmoil In Their Home Countries?
Think Working From Home Won’t Hurt Your Career? Don’t Be So Sure
October 5, 2015

At the Crossroads: Examining the Intersections of Science and Art

Troy, N.Y. — To celebrate the launch of Art_X@Rensselaer (Art_X) members of the campus and community are invited to a series of concerts co-sponsored by the School of Humanities, Arts, and Social Sciences (HASS) and the Center for Biotechnology and Interdisciplinary Studies (CBIS). The concerts scheduled for October 6 and October 20, beginning at 4:30 p.m., will take place in the CBIS auditorium on the Troy campus.

“HASS is focused on responding to the world’s greatest challenges with agenda-setting research on human societies, institutions, minds, arts, and cultures,” said Dean Mary Simoni. “Within a technological university, our school sits at the crossroads of humanity and technological innovation. We are seekers. We seek to understand the very nature of our humanity. Art_X is one of several programs that frame Rensselaer as The New Polytechnic by challenging the Rensselaer community to question the fundamental tenets that underpin the arts and sciences.”

The concert series further embodies the vision of Rensselaer President Shirley Ann Jackson defined as “The New Polytechnic,” a new paradigm for teaching, learning, and research—a view of the technological research university as a fresh collaborative endeavor across disciplines, sectors, and global regions. The New Polytechnic enables collaboration at a deeper, more fluent level than ever before.

Simoni also noted that the nature of Art_X focuses on a transdisciplinary collaboration involving Rensselaer faculty and students and local artists. “The core concept is that art is a serious cognitive activity, and a way of knowing and understanding, not just feeling and expressing,” Simoni said. “We hope to explore connections between music and selected topics in science and technology to unveil new knowledge and beauty in the quest for understanding through the various collaborations.”

The Art_X concerts consist of three parts, each with a specific topic that serves as starting point to explore the connections between music, science, and technology. The concerts have been organized and produced by Michael Century, professor of new media and music in the Department of the Arts in collaboration with faculty at CBIS. Following each concert, a reception hosted by CBIS will be held in the gallery area.

“Each work on the program begins with a pre-performance talk, on a specific topic that links the music with another field in science or technology,” said Century. “The talks are meant as conversation starters, to be continued in the receptions that follow the concerts. The range is broad, from Bach to bio-music, jazz to Stravinsky to Steve Reich, and more.”

“I applaud the ingenuity, creativity, and commitment of the faculty involved in this inaugural Art_X concert,” said Deepak Vashishth, director of CBIS. “This imaginative musical collaboration engaging a professor of chemical and biological engineering, a cognitive scientist, and a professor of new media and music will, no doubt, result in memorable concerts, and that is well worth the endeavor. It also opens up new avenues of scientific exploration and discovery for all involved, and it is that concerted effort to expand and accelerate research that we, too, are striving for.”

Century noted that in a blog post titled, “Why innovation needs both art and science,” that was shared during the 2014 World Economic Forum, Walter Isaacson, president and CEO of Aspen Institute, wrote that “the most creative innovations of the digital age came from those who were able to connect the arts and sciences.” He further noted that, “the next phase of the digital revolution will bring a true fusion of technology with the creative industries, such as media, fashion, music, entertainment, education, literature, and the arts. Until now, much of the innovation has involved pouring old wine – books, newspapers, opinion pieces, journals, songs, television shows, movies – into new digital bottles. But the interplay between technology and the creative arts will eventually result in completely new forms of expression and media.”

The concert for Tuesday, October 6, will feature the following performances:

Topic: emotion and reason in the music of J.S. Bach

Performed by Michael Century, professor of new media and music

Topic: sonification of biological data for aesthetic and scientific applications

Rob Hamilton, composer and researcher, assistant professor in the Department of the Arts

The second concert, scheduled for Tuesday, October 20, will feature the following performances:

Topic: Improvisation in music and science

Topic: the combination of image and sound using live manipulations of digital images

• On Borders and Transformation in Music and Language

Introduced and performed by Sergei Nirenburg, professor in the Department of Cognitive Science and Computer Science;

For more information and updates about the Art_X concerts scheduled for the month of October, visit: http://www.hass.rpi.edu/pl/hass-events/?objectID=100004010

For more information about the School of Humanities, Arts, and Social Sciences, visit: http://www.hass.rpi.edu/

For more information about the Center for Biotechnology and Interdisciplinary Studies, visit: http://biotech.rpi.edu/