James DiCarlo To Speak on Neuroscience and Cognitive Computing at Rensselaer Nov. 17 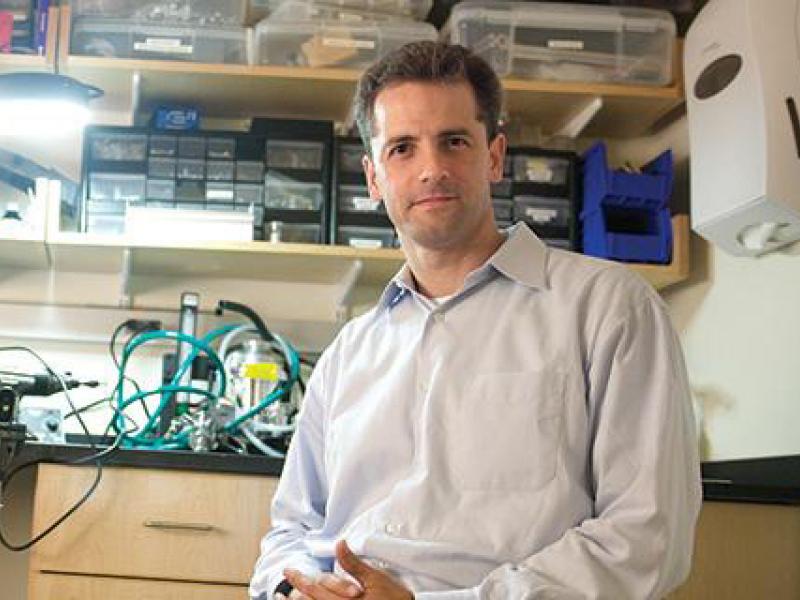 James DiCarlo To Speak on Neuroscience and Cognitive Computing at Rensselaer Nov. 17

On Tuesday, November 17, MIT Professor James DiCarlo, M.D., Ph.D., will deliver a lecture titled “Reverse Engineering the Mind: The convergence of neuroscience, cognitive science, computer science, and engineering” at Rensselaer Polytechnic Institute (RPI). DiCarlo, the Peter de Florez Professor of Neuroscience at MIT, is head of the McGovern Institute for Brain Research and professor in the Department of Brain and Cognitive Sciences at MIT.

Media and the community are invited to attend the talk on Tuesday, Nov. 17 at 4:30 p.m. in the Curtis R. Priem Experimental Media and Performing Arts Center (EMPAC) Concert Hall on the Rensselaer campus. A reception will follow in Evelyn’s Café at EMPAC. http://rpi.edu/tour/empac/index.html

The fields of neuroscience and cognitive science are now hard at work on one of our last great scientific quests—to reverse engineer the human mind. In comparison with other sciences, the brain sciences are still in their infancy. Not surprisingly, forward engineering approaches that aim to emulate human intelligence in artificial systems are also still in their infancy. Yet the intelligence and cognitive flexibility apparent in human behavior are an existence proof that machines can be constructed to emulate and work alongside the human mind.

In this talk, DiCarlo will outline the key challenges faced by brain science in reverse engineering the mind, and the application impacts of that goal. He will tell the story of how computer science and brain science have recently converged to create deep neural networks for visual processing and object perception—networks that not only reach human performance, but whose internal workings emulate the internal workings of the primate visual system.