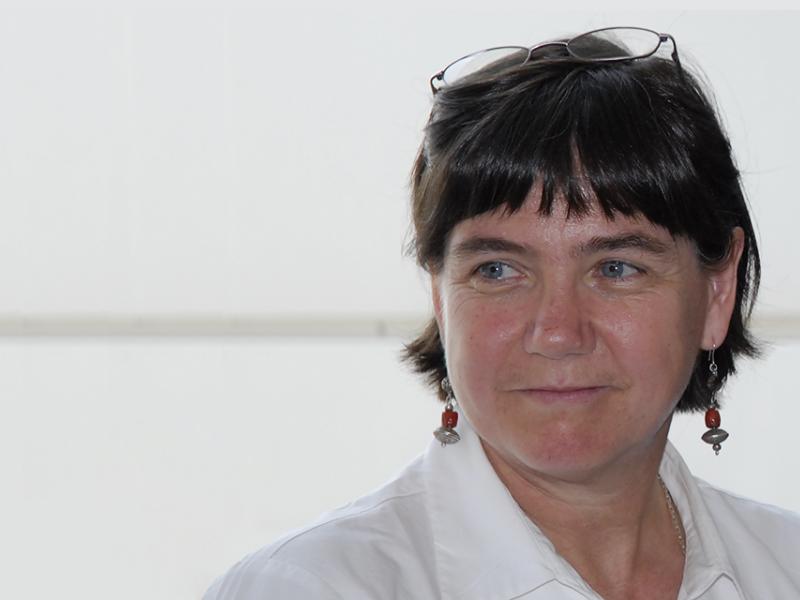 By using pressure to perturb folded proteins, biotechnology researchers at Rensselaer Polytechnic Institute (RPI) will explore the path of a protein from its unfolded to folded state. The research, supported with a $1.2 million grant from the National Science Foundation (NSF), advances our ability to optimize proteins for industrial and pharmaceutical applications.

Proteins are formed by chains of amino acids which – once assembled – twist and turn, ultimately folding into stable three-dimensional structures. The journey from a highly energetic unfolded chain of amino acids to the relatively stable folded protein can be straightforward, or it can involve numerous parallel routes or stops along the way. One way to define this transformation is to map the probability that a protein will inhabit each of the conformations it may assume between the unfolded and folded states, a profile called the “free energy landscape” of a protein.

“Our fundamental question is: why does a particular sequence of amino acids give you a particular free energy landscape?” said Catherine Royer, a Rensselaer professor of biological sciences and lead researcher on the project. “That is, some proteins really only populate the folded state and the unfolded state and you hardly ever see anything in between. Whereas other proteins have many different states that they populate, and if you unfold the protein you will populate those states at least partially as you go through the unfolding transition.”

Royer’s research, conducted in the Center for Biotechnology and Interdisciplinary Studies, contributes to The New Polytechnic, a new paradigm for teaching, learning, and research at Rensselaer, the foundation of which is the recognition that global challenges and opportunities are so great that they cannot be addressed by the most talented person working alone, nor even by a single discipline, sector, or nation. The New Polytechnic enables collaborations between talented people across disciplines, sectors, and global regions, in order to address the complex problems the world.

An understanding of the free energy landscape is essential to optimizing existing proteins or creating drugs to alter proteins. To perform their function, proteins must access different states. Alterations to a protein, such as drugs that bind to the protein, can modify the free energy landscape, making it easier or harder for that protein to access different states and perform its function.

However, little is known about how the amino acid sequence impacts the free energy landscape. To learn more, researchers must be able to characterize proteins – energetically and structurally – during the transformation, to determine the probability that a protein will inhabit each of the conformations it can assume. Since the transformation is swift, researchers have developed several techniques to perturb folded proteins into various conformations. One such technique is the use of pressure, which, said Royer, can provide exclusive insights into protein folding.

Although a protein is a folded chain of amino acids, the folded structure is riddled with small holes – empty nooks and crannies where the folded structure is not perfectly packed together. Pressure exerted on the protein creates perturbations in the area of the holes, and reveals the relationship – called “cooperativity” – between the folding of different parts of the protein.

“The folded state of the protein has a larger molar volume than the unfolded state so, interestingly enough, and somewhat counter-intuitively, when you apply pressure to proteins in solution they don’t compress much; rather, they unfold,” said Royer. “Pressure sounds very intense, but it’s actually a very mild perturbation.”

Combining pressure with nuclear magnetic resonance that gives information about what is happening everywhere in the protein, researchers will use pressure to map experimentally the folding free energy landscapes for selected model proteins, and to identify the sequence and structural determinants of their folding cooperativity, initiation, and pathways.

Royer, an expert in molecular biophysics, is a constellation chair in biocomputation and bioinformatics, professor in the Department of Biological Sciences in the School of Science, and member of the Center for Biotechnology and Interdisciplinary Studies. Royer’s research seeks to understand the physical mechanisms by which biological molecules work, with another interest in the mechanisms at play as DNA is transcribed into messenger RNA – with particular attention to how this impacts the cell cycle – and in the folding of proteins that have been synthesized by the ribosome.