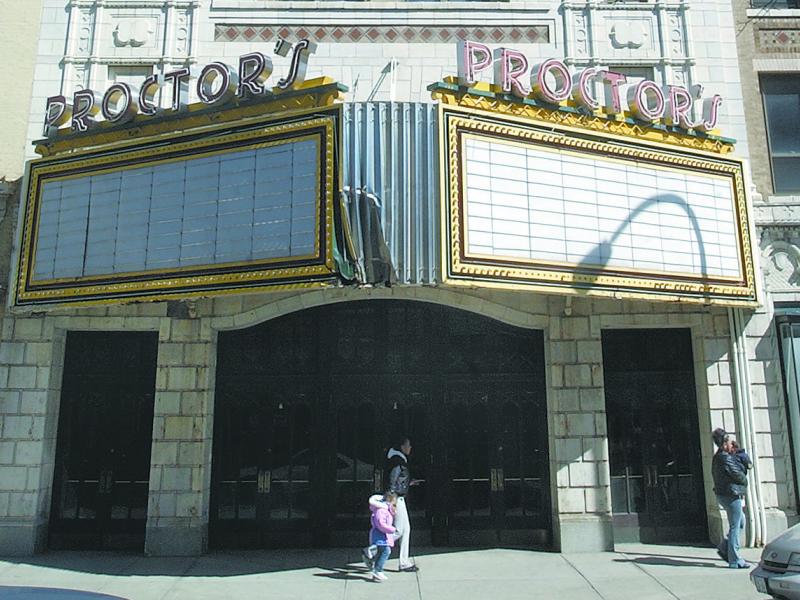 Troy, N.Y. - When 31 members of the Rensselaer Finance and Procurement Services group move into new offices in Proctor’s Theater later this month, it will bring to full circle Rensselaer’s involvement with this historic building in downtown Troy.

For years, Rensselaer was steward to the century-old property, which began as a “high-class vaudeville” theater and eventually started showing movies. In its heyday, Proctor’s Theater, located at 82 Fourth Street, showcased such stars as Jack Benny, Bob Hope, and Jimmy Durante. It closed in 1977 and remained vacant and shuttered for decades. In 2004, Rensselaer acquired Proctor’s and reached an agreement with the city of Troy to act as a caretaker while seeking developers to convert the building into a hotel or another adaptive reuse. At the same time, Rensselaer also acquired the nearby Chasan Building, with the intent of making it part of a package with Proctor’s that would appeal to potential developers interested in investing in Troy.

Rensselaer invested $1.5 million in the stabilization and stewardship of both the Proctor’s and Chasan buildings. As caretaker, Rensselaer stabilized the Proctor’s theater and façade. Significant deterioration in the actual theater space precluded development, but environmental abatement work was done to stabilize the space for future development.

Columbia Development Corp. purchased both buildings from Rensselaer in 2009 and began redevelopment. In 2012, Rensselaer moved the Division of Institute Advancement into Chasan. Columbia then turned its attention to redevelopment of Proctor’s and in late 2014, the first tenants, the Rensselaer County Regional Chamber of Commerce, moved in.

The Rensselaer move into Proctor’s brings to a close the over a decade-long effort to save an important part of Troy’s history. “The restoration and redevelopment of Proctor’s Theater is due largely to the leadership of Rensselaer. It is very appropriate that we are now a tenant in this beautifully restored historic landmark,” said Claude Rounds, vice president for administration.

Rensselaer’s tenancy in Proctor’s is the latest in a long series of actions by the university, under the leadership of President Jackson, to help bring about the renaissance of downtown Troy. Since 2000, Rensselaer has spent over $7 million improving the infrastructure in areas surrounding the campus and in the city of Troy. Rensselaer has directly driven $90 million in privatized economic development in the city of Troy, through projects that include the City Station West, East, and South student housing units, the Howard N. Blitman, P.E. ’50 Residence Commons for undergraduates, the Chasan Building and Proctor’s Theater restorations, the Gurley Building, the Polytech Apartments for students, and improvements to the Congress/Ferry streets corridor.